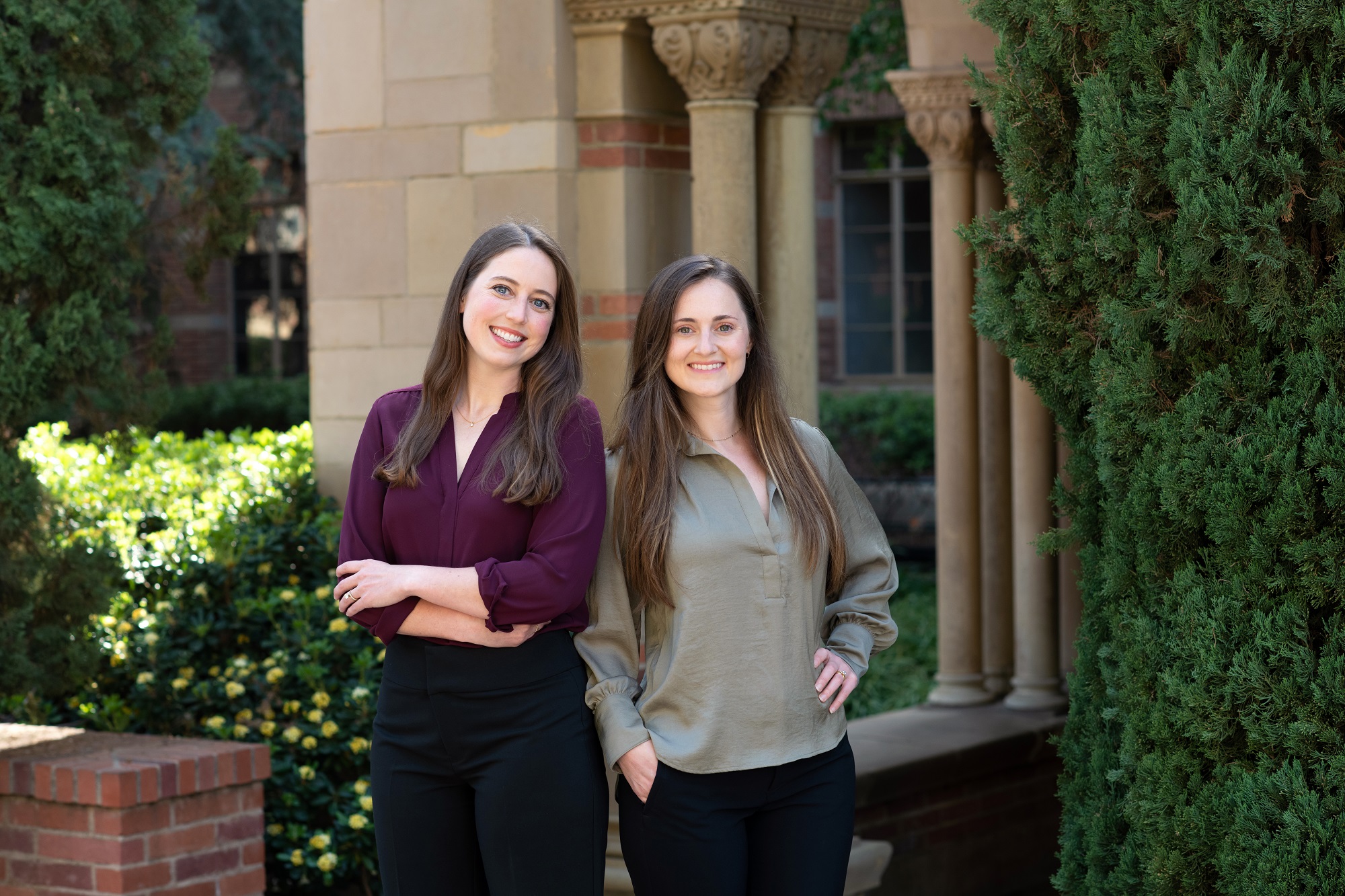 According to the CDC, emergency room visits for suspected suicide attempts by adolescents have risen during COVID-19. The organization also found that about 38 million adults in the U.S. consume too much alcohol. The desire to help people struggling with these issues inspired Julia Yarrington and Lindsay Meredith to pursue doctoral work in psychology at UCLA, where their incredible potential has been honored with the first two Pritzker Graduate Scholar Awards.

“Thanks to this recognition, I am more connected to the department, the academic community and my research than ever,” says Yarrington, who grew up in New York state and was named the inaugural Pritzker Scholar in 2021.

With Professor Michelle G. Craske as her mentor, Yarrington began looking into risk factors for depression, anxiety or suicide in adolescents and young adults. Seeing how rates of psychopathology have continued to increase, despite a large body of evidence that has clarified risk factors, she’s pivoted to studying protective factors in hopes of determining how to best leverage them to reduce the likelihood of developing clinical levels of depression or anxiety in the first place.

“It has been such a blessing to have more time to focus on research, mentoring undergraduates and exploring other clinical training opportunities,” says Meredith, who grew up in rural Ohio and was named the second Pritzker Scholar in 2022.

Mentored by Professor Lara A. Ray, Meredith hopes to develop and advance evidence-based treatments for addiction, specifically alcohol use disorder. Recently focusing on clinical trials testing ibudilast, a medication that may help reduce alcohol use, she seeks to better understand how this new class of therapy works on the psychological level.

The Pritzker Graduate Scholar Award, established as a result of a gift from long-time UCLA supporters Tony and Jeanne Pritzker, supports psychology graduate students who demonstrate excellence with the potential for high public impact.

“I‘m a first-generation college student, so I didn’t even know research was an option for me at first,” says Meredith. “It’s been so nice connecting with Julia and building a sense of community while being able to serve as mentors for others, as mentorship has been invaluable to my own growth.”

“Sometimes it feels very surreal to be here, with all of the opportunities at UCLA at our fingertips,” adds Yarrington. “We are both grateful to everyone who has supported us in this collaborative, inspiring environment.”

Seed to Harvest
Scroll to top