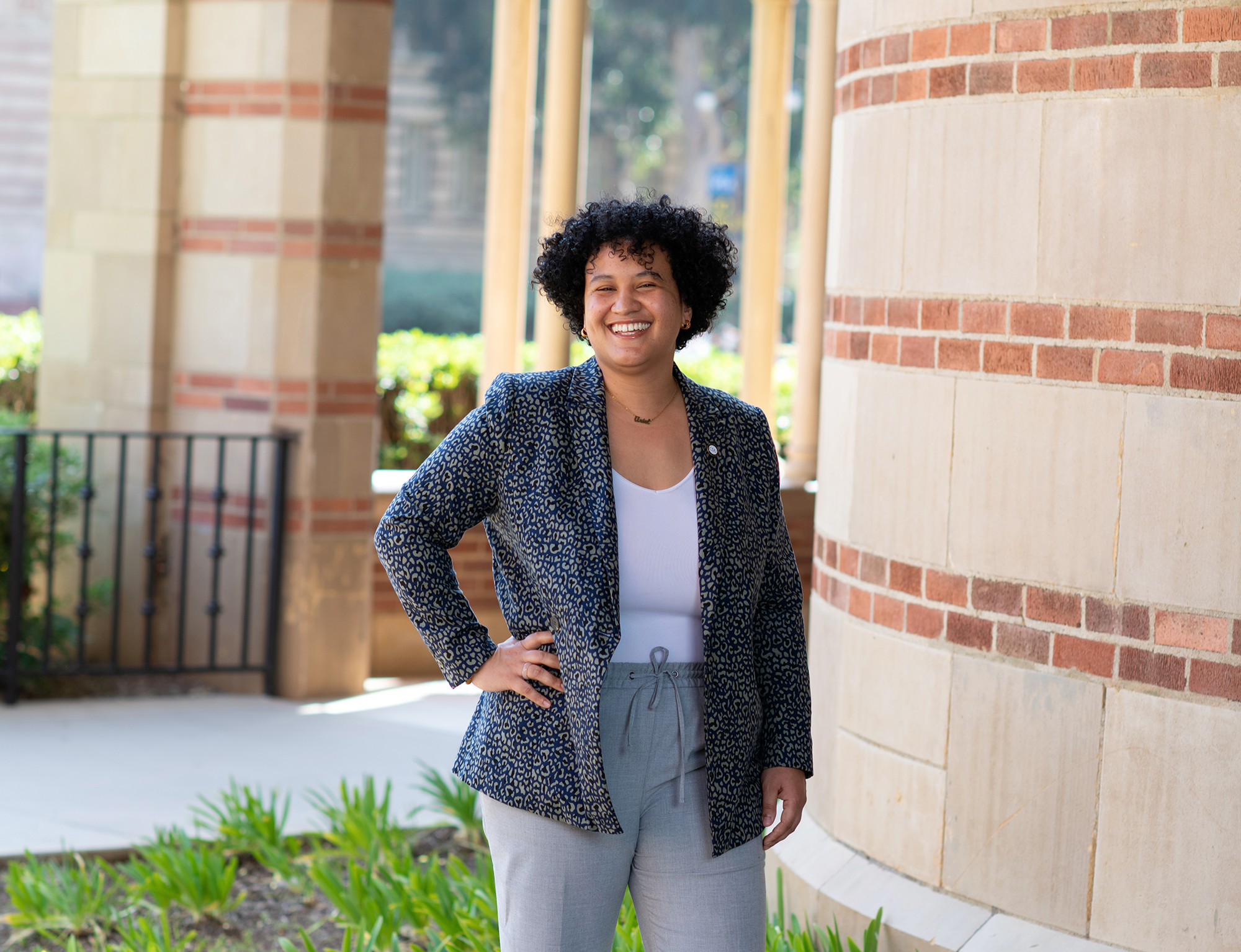 Ariel Hart grew up in Pasadena, grateful for the love and care of their family, especially their grandmother, a former nurse at Los Angeles County-USC Medical Center. However, Hart realized at a young age how the lives of Black people were unfairly marked when several of their beloved family members suffered untimely deaths.

“As a child, I felt injustice on such a personal level I couldn’t even see a movie with someone hurt comedically because I was so sensitive,” Hart says. “Losing those loved ones opened my eyes and made me determined to work against racialized premature death.”

Interested in exploring public health as well as medicine, Hart (who uses they/them pronouns) earned their M.P.H. from the University of Washington while working as a local community organizer resisting the construction of a new Seattle juvenile incarceration facility. Today, they are in the UCLA-Caltech Medical Scientist Training Program (MSTP), earning their Ph.D. in sociology from UCLA and their M.D. from the David Geffen School of Medicine at UCLA and Charles R. Drew University of Medicine and Science, a historically Black institution founded after the 1965 Watts Rebellion.

“I was lucky to start with people who are committed to addressing structural problems within medicine and bringing high-quality care to places like Watts,” Hart says. “I wanted space to dig into a deeper understanding of the ways health inequities continued to be produced within health ‘care’ systems. UCLA’s MSTP program allowed me that space.”

Of particular interest to Hart is the resurgence of Black birth workers, whose critical contributions were systematically erased by racist public health campaigns criminalizing Black midwifery. Seeing how activists have worked tirelessly to reclaim this traditional healing practice in direct response to the modern maternal health crisis inspires Hart to make sure these and other in­valuable voices are not lost to medical history.

“I want to be a part of conversations and actions that create models of deep care and healing that enhance and support Black people’s well-being,” Hart says. “That requires us as health care professionals to honor the knowledge that every person has about their own body and the history of their people.”

While the road ahead is long — both to complete their two doctoral degrees and to begin their chosen work — Hart remains purposeful and passionate.

“I was able to take formative classes to explore issues of Black women and Black queer people’s health and bodies in a historical context,” Hart says. “Black feminist thought provides a long history of embodied critiques of medical harm that is compelling and necessary for actors within medical spaces. I want to keep engaging with this history and learning from Black birth workers about possibilities for building more caring spaces, systems and worlds.”