He’s coaching the next generation of skilled social scientists 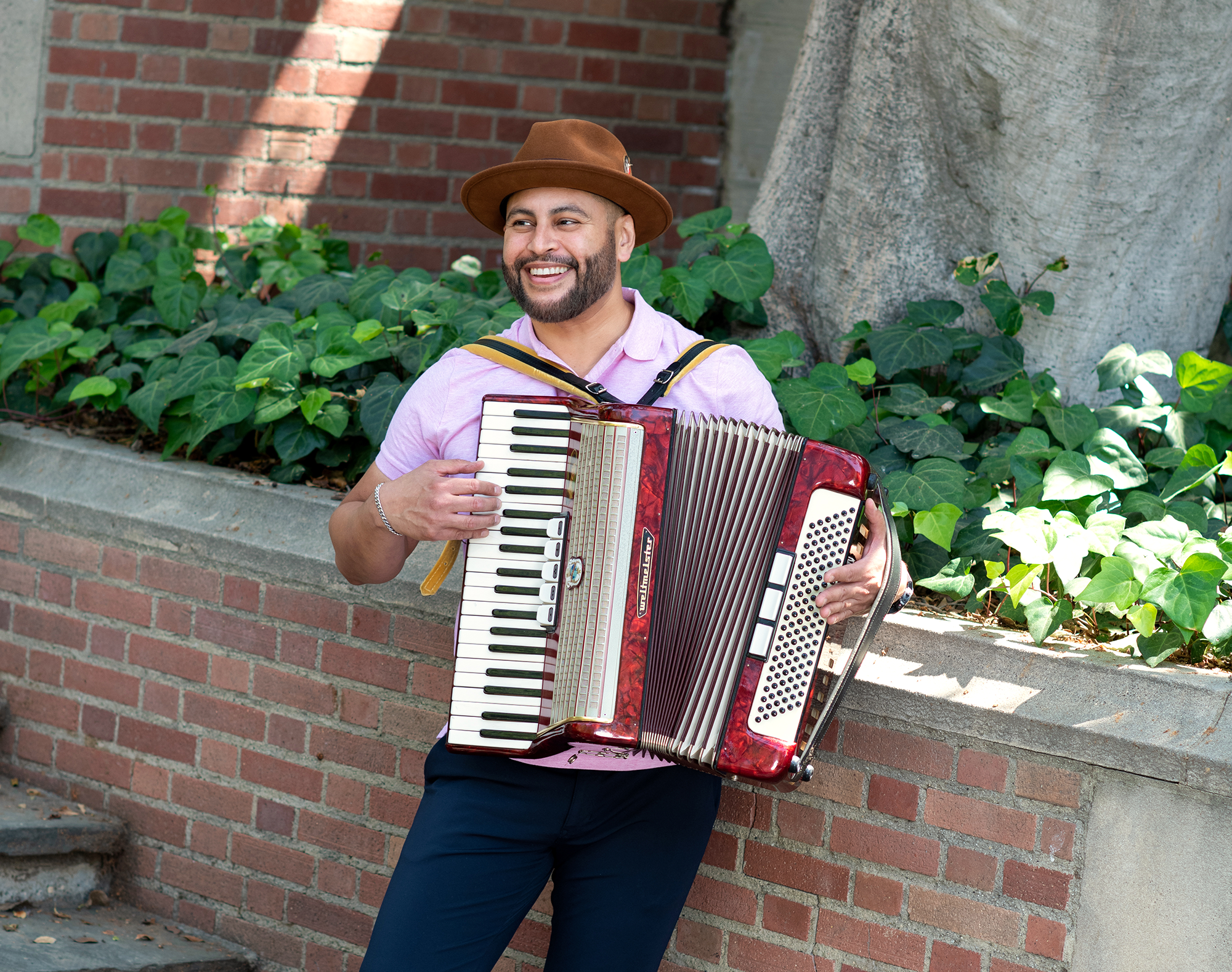 UCLA Professor Efrén Pérez made a surprising New Year’s resolution: learn the accordion. Surprising because, well, accordion, but also because his previous musical history was limited to a teenage attempt to master the alto sax that traumatized his loved ones’ ears.

It makes sense that Pérez, a professor of political science and of psychology, has a unique hobby — he’s carved out a unique career bridging two fields. As a political psychologist, his research explores how demographic changes are unleashing new political forces in the nation.

“Having a joint appointment in two such strong departments is intellectually exhilarating,” Pérez says. “As our country continues toward minority-majority status, we need to better understand what these trends imply. I believe that our UCLA undergraduates are uniquely positioned to provide some of the answers.”

A native Angeleno, Pérez worked in local politics before earning his Ph.D. in political science from Duke University. After spending 10 years as a professor at Vanderbilt University in Tennessee,  he joined UCLA. Growing up, he’d never set foot on the campus, believing it was out of reach, so he began his tenure here with a mission.

“Someone with my profile is not the pony you’re going to bet on to make it through a grueling doctoral program,” he says. “The fact that I did was strongly related to the mentoring I received. I learned firsthand if you want to see real change in academia, active support and mentorship of folks who come from nontraditional backgrounds are crucial.”

And so Pérez was inspired to found the Race, Ethnicity, Politics & Society Lab. Its mission is twofold: to further his systematic research into the effects of demographic diversity on U.S. society as well as to offer a training ground and pipeline for gifted undergraduate and graduate students from nontraditional backgrounds to gain the footing they need to pursue academic careers in the social sciences.

“There are plenty of directions I could be taking my career in, but empowering students is so gratifying. It feeds into what the UC system prides itself on: generating future leaders and upward mobility,” he says. “And if we want to keep California’s reputation as a paragon of innovation, we need to be investing more in the skill set that our undergraduates take with them once they leave our campus.”

It all comes back to that accordion (as everything should). Pérez was able to succeed where he once failed because he thoughtfully took the time not only to see the instrument’s potential but also to do the work to master it.

“When it comes to the art of making music or growing talent, it’s a long process,” Pérez says. “But it pays off.”

Music of the Heart
Scroll to top