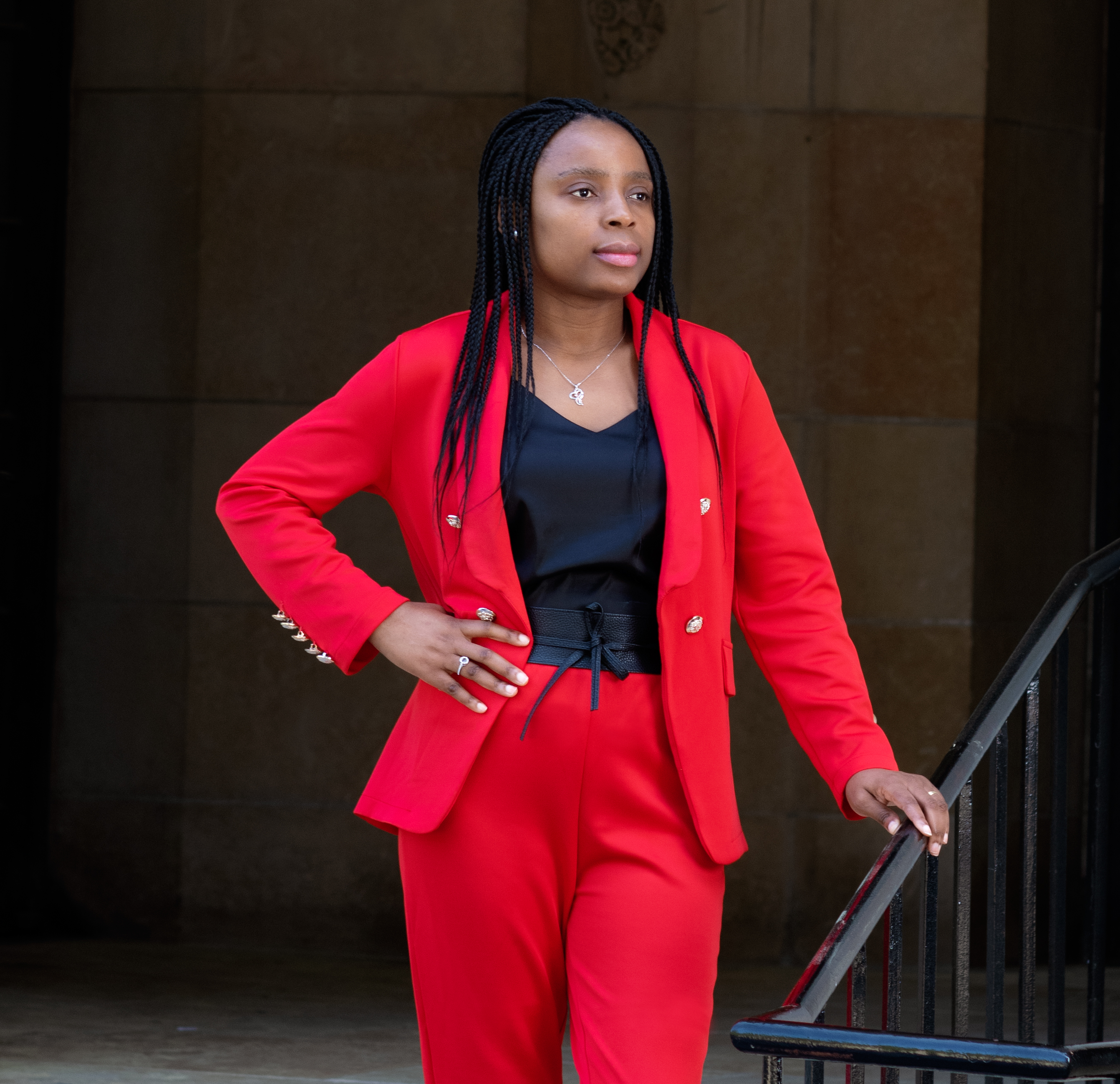 “My preferred childhood game was to gather my friends on our porch and play school,” she says. “I have always been thrilled by the opportunity to share knowledge with someone and help them absorb it and grow.”

Choosing her field of study, however, proved more challenging.

“Then, there was no experimental particle physics in Cameroon. It was also difficult to major in physics in general due to gender bias in the educational system,” says Kamaha, who earned bachelor’s and master’s degrees in physics from the University of Douala. “While pursuing my second master’s degree (in high energy physics) in Italy, I fell in love with the field of physics beyond the standard model: neutrino and dark matter physics. After I graduated, I decided to switch from theoretical to experimental physics, and then went to Canada to earn my Ph.D. in astroparticle physics.”

Still an active member of the LUX-ZEPLIN (LZ) experiment, an international direct-detection dark matter project based in an underground facility in South Dakota, Kamaha arrived at UCLA last November as a leading force in the search to discover and explore the invisible matter of the universe. Although it is theorized to account for approximately 85% of the universe, dark matter has yet to be directly observed.

“When they look at the night sky, most people would say that they see stars. What I study — sort of — is the darkness between the stars. These stars are within galaxies that are surrounded by a halo of non-luminous matter (also called dark matter), that keeps them gravitationally bound,” Kamaha says. “This fascinating dark matter has been there from the very beginning of the universe, acting almost as a ‘glue’ that facilitated the formation of large-scale structures — galaxies — and it also has an impact on the way our universe evolves.”

In some ways, she believes her work building detectors for dark matter and analyzing their data is like digging for buried treasure. While the ultimate goal is to directly observe dark matter, every attempt yields invaluable data and narrows the search for future generations. The idea that there are scientific riches to be found in any search, no matter its success, is one of the key lessons she seeks to impart to her UCLA students.

“We’ve been searching for dark matter for more than 80 years. Although we haven’t found it yet, we have learned so much. Sometimes finding nothing isn’t bad, it’s just part of the scientific process,” Kamaha says. “I want my students to live by this lesson, that no matter what they do — whether they become a scientist or choose a different path — remaining open-minded, curious and resourceful are invaluable skills to possess.”

The Power to Make a Difference
Scroll to top