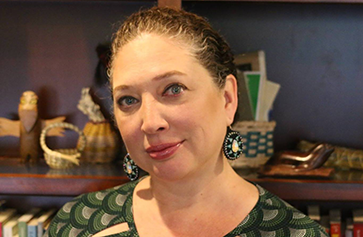 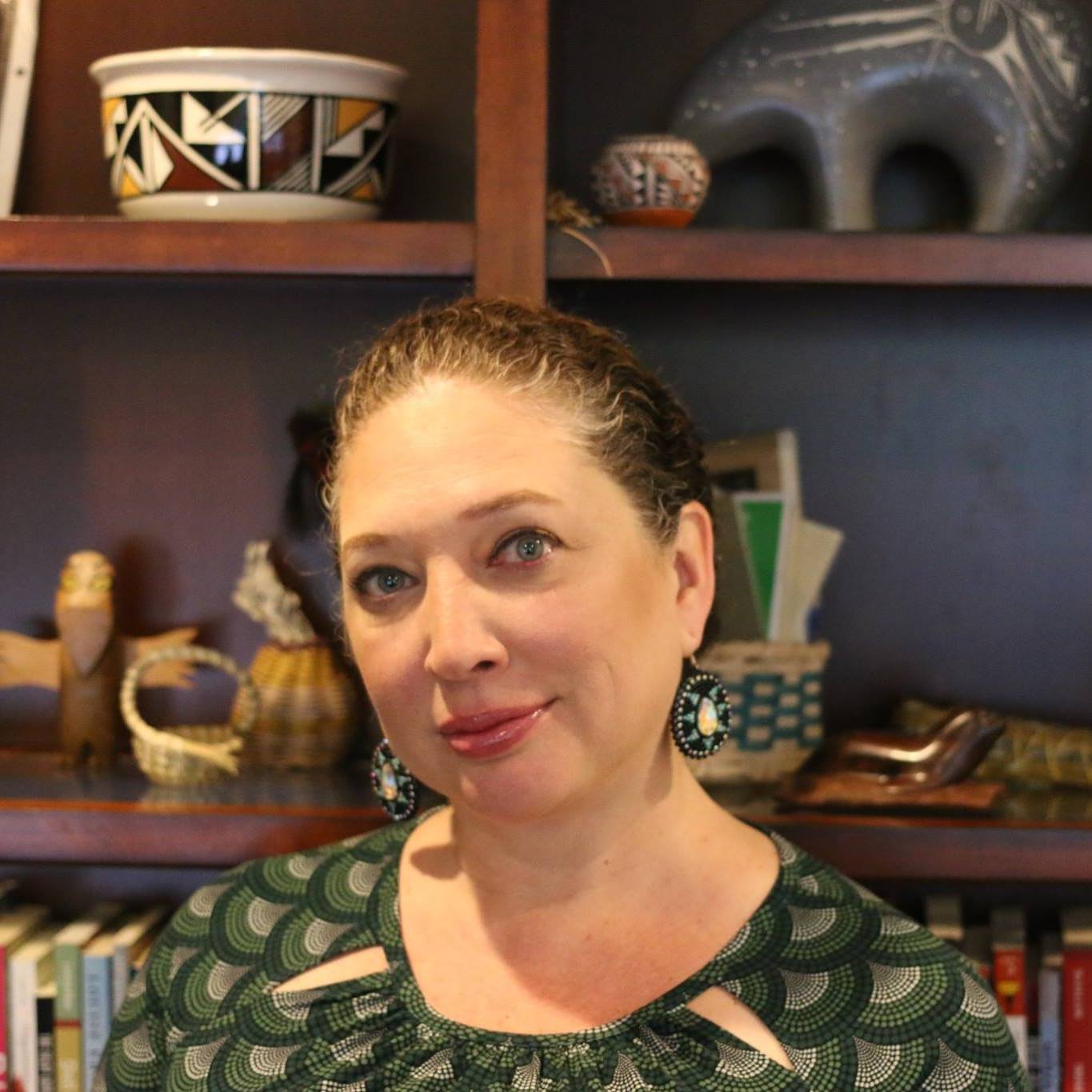 UCLA faculty and staff are among a group of University of California scholars working alongside Indigenous people to foster deeper understanding and productive collaborations between UC campuses and tribal communities.

The initiative’s leaders hope to restore and nurture relations with Native communities so that Indigenous voices, and in particular those from California, will be front and center in lecture halls, discussion groups across and research projects.

The project, called Centering Tribal Stories: Gifting Knowledge of Cultural Preservation in Difficult Times,  was established by a three-year, $879,000 grant from the University of California Office of the President. It is being led by Mishuana Goeman, Tonawanda Band of Seneca, UCLA’s special advisor to the chancellor on Native American and Indigenous Affairs.

Joining her are Wendy Teeter, UCLA’s repatriation coordinator and the senior curator of archaeology at the Fowler Museum at UCLA, as well as seven scholars from three other UC campuses — UC Davis, UC Riverside and UC San Diego.

Together with representatives of Indigenous communities from across California, the UC scholars are creating a collection of educational materials that address issues in heritage preservation and repatriation — the return of human remains from museums and institutions to tribes and ancestral communities for reburial — as well as provide guidance for graduate student researchers pursuing collaboration with Native American communities.

Work on the initiative began in earnest this fall as researchers set about strengthening existing relationships — and establishing new ones — with Native communities.

“Cultural heritage protection is of the utmost urgency for many University of California Indigenous students and their communities because their irreplaceable cultural sites and natural environments are increasingly threatened by development and climate change,” Goeman said. “UC researchers have led specific conversations around these issues in environmental science, biology, ethnography and archaeology, but the millennia of expertise within Indigenous communities who live reciprocally with these lands is often overlooked.” 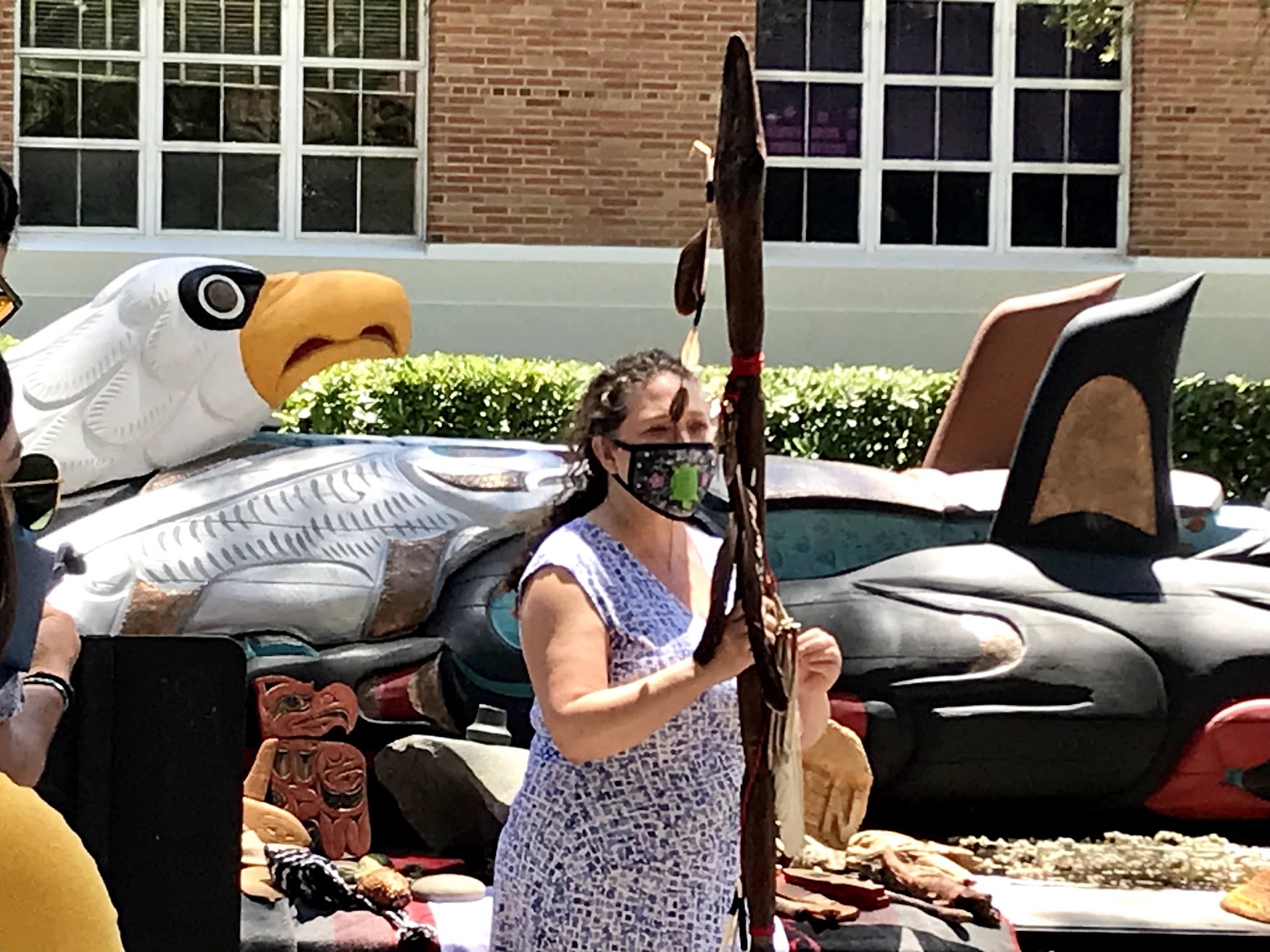 Dr. Goeman welcomes members of the Lummi Nation to campus. Behind her is a totem carved by members of Lummi Nation as a gift to the Biden administration. Image credit: Jessica Wolf/UCLA

One of the project’s goals is to encourage interdisciplinary conversations that spotlight Native peoples’ traditions and continued stewardship of the land. Goeman said those discussions can help promote a clearer understanding of the effects of climate and environmental change throughout time, particularly in California.

“Providing a multidisciplinary understanding of the issues will lead to better dialogues and innovative solutions,” she said.

To that end, the professors involved in the program represent a wide range of academic disciplines and have a wealth of experience consulting and collaborating with Indigenous communities. In addition to Goeman and Teeter, scholars involved include Beth Rose Middleton (Afro-Caribbean, Eastern European), Hulleah Tsinhnahjinnie (Seminole-Muscogee-Navajo) and Kathleen Whiteley (Wiyot descent) of UC Davis; Clifford Trafzer (Wyandot and German) and Mark Minch-de Leon (Susanville Indian Rancheria) of UC Riverside; and Isabel Rivera Collazo (Borikua) and Keolu Fox (Native Hawaiian) of UC San Diego.

Teaching materials created through the project will be hosted on a UCLA website called Carrying Our Ancestors Home, which thus far has provided resources to Indigenous communities on the Native American Graves Repatriation Act and the process of returning ancestral remains. By the fall of 2022, project leaders hope to offer eight to 10 new sets of teaching resources on the site. The materials will be made available to the public online and used in a cross-campus course for UC students in summer 2023.

Topics include land and homeland introductions, land rematriation — a term commonly used by Indigenous scholars that better describes Native communities’ relationships to the land and the value of ancestral land caretaking practices — repatriation of ancestors, healing from historic trauma through heritage protection and the arts, protection of Indigenous genetic data resources, and climate change’s impact on cultural heritage sites and practices.

Said Goeman: “Our hope is that this work will have a broad impact within the UC and beyond.”