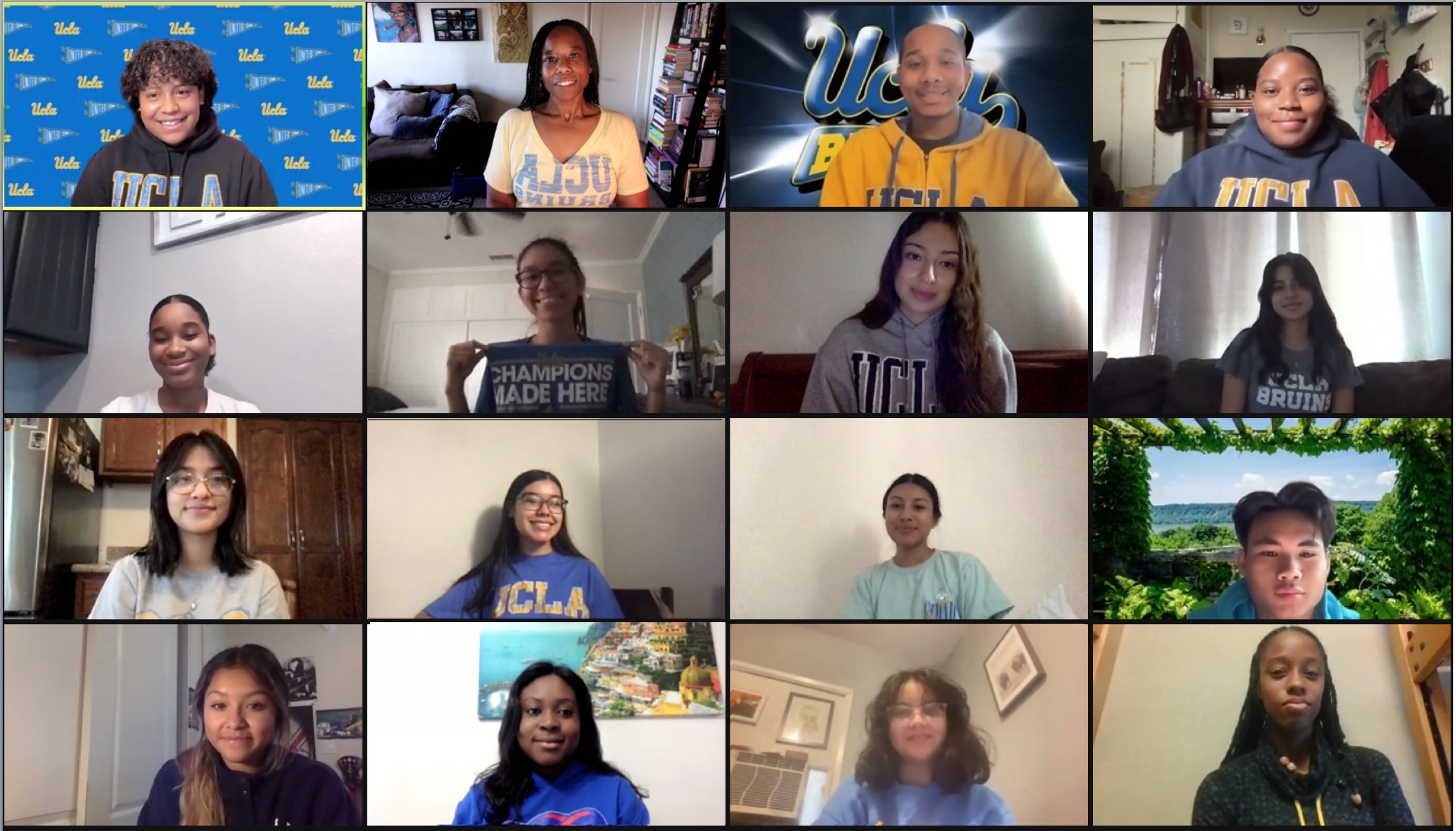 Going into his freshman year at UCLA, Daniel Juarez ’19 freely admits, “I had no idea what I was doing.”

The first member of his family to go to college, Juarez had fulfilled every requirement to get into UCLA, but he was lost when it came to the next steps like choosing which classes to take, navigating the campus and utilizing resources and extracurricular programs. An upperclassman from his high school in Moreno Valley told him about a summer program at UCLA that would help him acclimate to campus life. Juarez was sold.

“That was one of the best decisions that I’ve ever made,” Juarez said. “FTSP [Freshman Transfer Summer Program] really provided me with the foundation that I needed in order to excel [not only] academically at UCLA … but also in terms of networking and seeking opportunities. Were it not for that program, I would not have been introduced to various other programs that allowed me to enrich my undergraduate academic experience.”

UCLA’s Academic Advancement Program (AAP), now celebrating its 50th anniversary, launched FTSP to help incoming students from underrepresented and first-generation backgrounds transition to life at UCLA and feel a sense of belonging. The program for freshmen has been around since 1976; for transfers, it started in 1978.

“Oftentimes students gain entry into the university but don’t necessarily either feel welcomed or prepared, or it takes a while … to establish a sense of community,” said Dr. Jonli Tunstall ‘05, AAP’s director of pre-college and summer programs and an alumna of FTSP. “So the goals of the program are to make sure students are academically prepared for the challenge of UCLA, but also to ensure they can build community before the quarter even starts.”

FTSP, offered only for incoming freshman and transfer students who qualify for AAP membership, begins eight weeks before fall quarter starts. While some students commute, most live in the residence halls for the duration of the program. About 500 students participate each year.

Students are required to take three courses including a writing course; freshmen can choose either a science intensive track or writing intensive track. Transfers must also take a research course. Students also have the opportunity to take some of their courses for Honors credit.

For each course they take during FTSP, participants have access to an AAP peer learning facilitator, an undergraduate tutor who works with students in small groups. They also learn about campus resources, student groups, research programs and other opportunities that await them at UCLA.

While Juarez was at FTSP, Professor Tracy Johnson, currently UCLA College’s dean of life sciences and holder of the Keith and Cecilia Terasaki Presidential Endowed Chair, spoke to students about an undergraduate research program called Pathways To Success, which Juarez jumped at the chance to join. He was later able to parlay that experience into a position doing research in the lab of renowned Parkinson’s disease researcher Dr. Jeff Bronstein. A biology major and global health minor, Juarez also participated in AAP’s High AIMS (Achievement in Math and Science) program, which provides academic, career and mentoring support to AAP students interested in gaining admission to medical, dental or nursing school.

This fall Juarez is beginning his first year at the UCLA School of Dentistry. He credits the foundation he received at FTSP with getting him where he is today.

“I realized, oh wow [dentistry] is my calling. This is something I want to do as a career,” Juarez said. “All this was only possible because I did a program at the start of my undergraduate career. I was introduced to so many resources as an undergrad and I was able to take advantage of them … and get into these programs.”

For 2013 anthropology alumna Alexandra de la Torre, learning about AAP and FTSP on Bruin Day (for admitted students) solidified her decision to attend UCLA. Although she grew up in North Hollywood just 30 minutes from campus, she thought of UCLA as “daunting.”  The idea of being part of a   community of peers who were also first-generation students from underrepresented backgrounds reassured her that she would be comfortable and supported.

“I didn’t really have mentors in my life … who had been to college, and I was really scared, [because] obviously UCLA is hard,” de la Torre said. “At Bruin Day, everyone from AAP was so nice. Students from previous years were … telling us their perspective on how much they got out of the program and how it helped them to get on the right foot coming into UCLA.”

De la Torre noted that by starting their first year in the summer, FTSP students have extra time to adjust to the fast-paced quarter system, learn their way around campus and figure out how to balance their social lives and academics.

For the past two summers, FTSP has been offered virtually due to the COVID-19 pandemic. Although students couldn’t live and study together in person, FTSP staff put groups of students together into virtual dorm “floors” to help them build relationships. FTSP has focused on supporting students’ socio-emotional wellness through sessions with UCLA Counseling and Psychological Services (CAPS) and the Rise Center (Resilience in Your Student Experience). Staff have also facilitated meetings with UCLA staff from other offices and programs who are eager to meet the new students.

De la Torre is now a veterinarian in Culver City. As it did for Juarez, FTSP paved the way for her academic and professional success as well as her sense of belonging and community at UCLA. She continued to return to AAP for peer counseling and tutoring as an undergraduate and also worked in the new student programs office and, after graduation, as a residence director for FTSP.

“Throughout FTSP and then throughout my years at UCLA, with AAP and all that they gave me, I always felt like someone had my back,” she said. “I think the program is really amazing because it gives students a sense of community and a lot of support. It really sets the students up for success.”

Terence Tao named to President’s Council of Advisors on Science and Techn...
Scroll to top