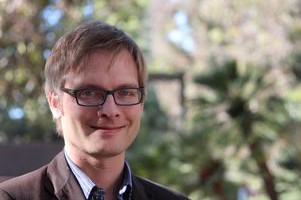 White House immigration staff members attended a briefing Friday on the economic impact of the Deferred Action for Childhood Arrivals (DACA) program, which President Obama passed by executive order in 2012 and expanded this year.

A new research institute at UCLA may eventually provide doctors with tools to more accurately tailor medicines for individual patients, which could both improve quality of care and minimize the side effects associated with today’s medicine.

For Martin Monti, a cognitive neuroscientist and assistant professor of psychology at UCLA, time is always in short supply, depleted by his teaching load, office hours and his research, for which he regularly sees comatose patients who’ve suffered severe brain trauma.

UCLA neurophysicists have found that space-mapping neurons in the brain react differently to virtual reality than they do to real-world environments. Their findings could be significant for people who use virtual reality for gaming, military, commercial, scientific or other purposes.

The Legislative Assembly of the UCLA Academic Senate has given final approval to a proposal requiring all UCLA College undergraduates to complete a course focused on diversity.