UCLA College senior Maripau Paz has been selected as the first ever recipient of the 2019-2020 Arthur Ashe Jr. Scholarship, established to recognize and support students who exemplify the attributes, values, commitment to service and pioneering spirit of the legendary Arthur Ashe ’66.

Since arriving at UCLA as a first-generation college student, Paz has committed herself to inspiring others on campus. Paz has worked in various leadership roles to aid student retention and enhance the undergraduate experience for her peers at UCLA, all while pursuing a double major in political sciences and global studies.

Paz spent three years as the head administrative clerk for New Student Programs in UCLA’s Academic Advancement Program, a federally funded diversity-outreach program that supports low-income students, students of color, first-generation students, and students with disabilities, by connecting them to the resources they need to succeed. In addition, she served for two years as a new student advisor for the incoming Freshman and Transfer Student class, providing academic counsel to more than 200 students and their families.

Paz also served as professional outreach director in the Student Alumni Association, where she helped prepare students for the world post-graduation by hosting workshops on resume building, applying for internships and interview skills. During her senior year, Paz is serving as executive director of the professional development committee on the board of directors for the Student Alumni Association.

On the academic front, Paz presented her research on immigration and public opinion at UCLA’s Undergraduate Research Week in May and is starting work on an honors senior thesis that will further expand on this topic. Following graduation, she plans to pursue a joint Law and Master’s degree in Public Policy and work on issues pertaining to human rights, refugees and immigrant communities. 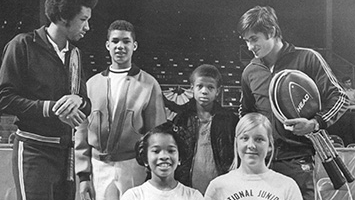 Hundreds of videos, interviews, photos, articles and other resources related to the life of tennis legend and UCLA alumnus Arthur Ashe are now accessible via the Ralph J. Bunche Center at UCLA on its new Arthur Ashe Legacy website.

The website was migrated from the site of the former Arthur Ashe Learning Center (AALC), which transferred its activities to UCLA in October 2017.

Ashe’s widow, Jeanne Moutousammy-Ashe, founded the AALC in 2008 to promote her late husband’s legacy and values. 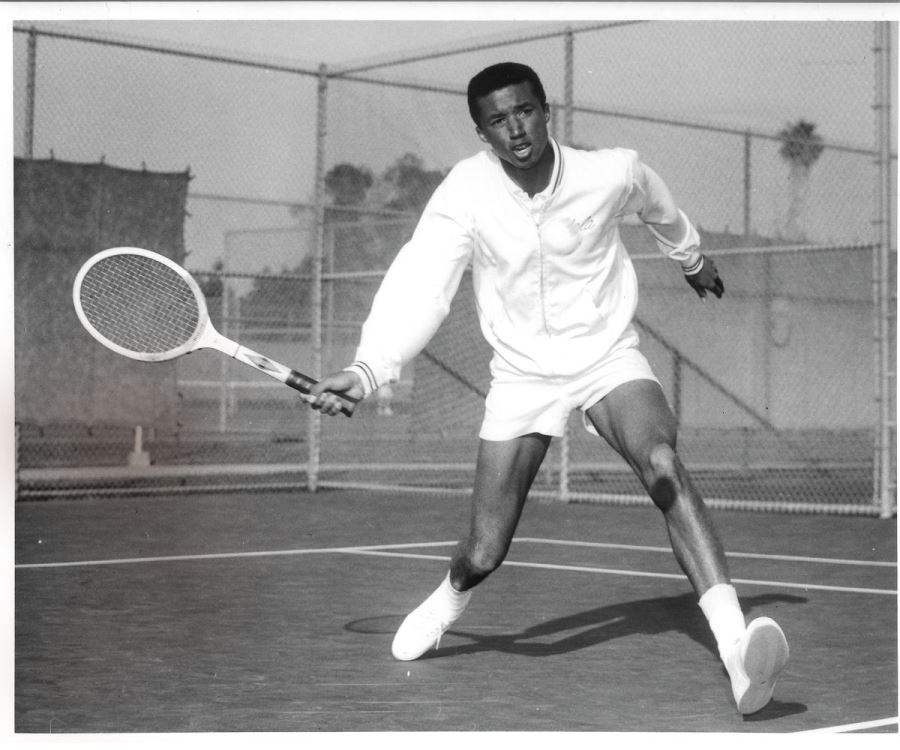 Visitors to the new website can read a brief biography of Ashe’s life and an excerpt from his book, A Hard Road to Glory, and watch archival video clips featuring Ashe and Moutousammy-Ashe. Educators can download activity books about Ashe for elementary and middle school students.

The website also retains hundreds of blog posts written by former AALC staff and other guests about topics such as civil rights, African-American leaders in sports, arts and the military, and historic events.

Along with the website, UCLA will acquire exhibit materials including photographsby Moutousammy-Ashe and artworks, and endow an Arthur Ashe scholarship to be awarded to students who exemplify the ideals Ashe displayed as a UCLA student.

Dean and Vice Provost of Undergraduate Education Patricia A. Turner said it is an honor for UCLA to become the guardian of Ashe’s legacy and that the new website ensures that Ashe’s life and achievements will live on, accessible to anyone around the world, at the alma mater he loved so much.

“This is a truly special moment for UCLA, and we are grateful to have been entrusted with Arthur Ashe’s towering legacy,” Turner said. “The scholarship and exhibit materials are tangible reminders of his transformative impact on the world.”