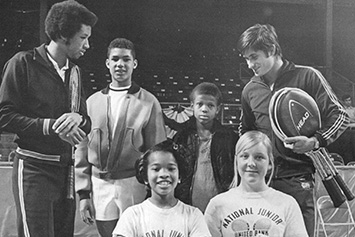 Arthur Ashe’s legacy to live on at UCLA

Minds Matter: Raising the Curtain on Depression and Anxiety

Study shows how serotonin and a popular anti-depressant affect the gut’s ...
Scroll to top