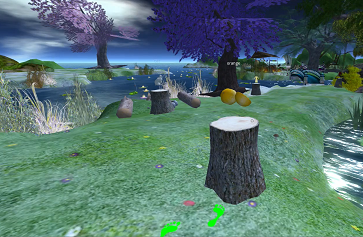 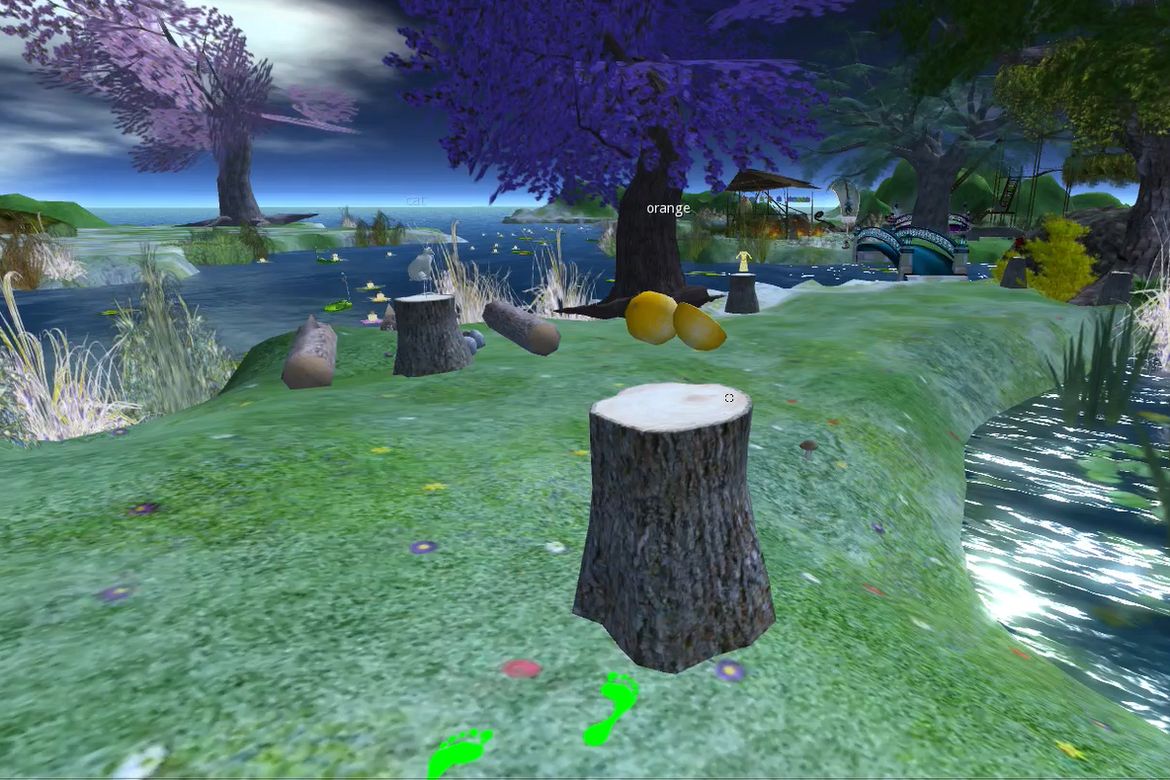 Subjects in the study were asked to learn Swahili or Chinyanja names for the objects they encountered in a fantasy fairyland, pictured here, or a science fiction landscape. | Courtesy of Jesse Rissman

A new study by UCLA psychologists reveals that when VR is used to teach language, context and realism matter.

The research is published in the journal npj Science of Learning.

“The context in which we learn things can help us remember them better,” said Jesse Rissman, the paper’s corresponding author and a UCLA associate professor of psychology. “We wanted to know if learning foreign languages in virtual reality environments could improve recall, especially when there was the potential for two sets of words to interfere with each other.”

Wearing VR headsets, participants explored one of two environments — a fantasy fairyland or a science fiction landscape — where they could click to learn the Swahili or Chinyanja names for the objects they encountered. Some participants learned both languages in the same VR environment; others learned one language in each environment.

Participants navigated through the virtual worlds four times over the course of two days, saying the translations aloud each time. One week later, the researchers followed up with a pop quiz to see how well the participants remembered what they had learned.

The results were striking: Subjects who had learned each language in its own unique context mixed up fewer words and were able to recall 92% of the words they had learned. In contrast, participants who had learned both sets of words in the same VR context were more likely to confuse terms between the two languages and retained only 76% of the words. 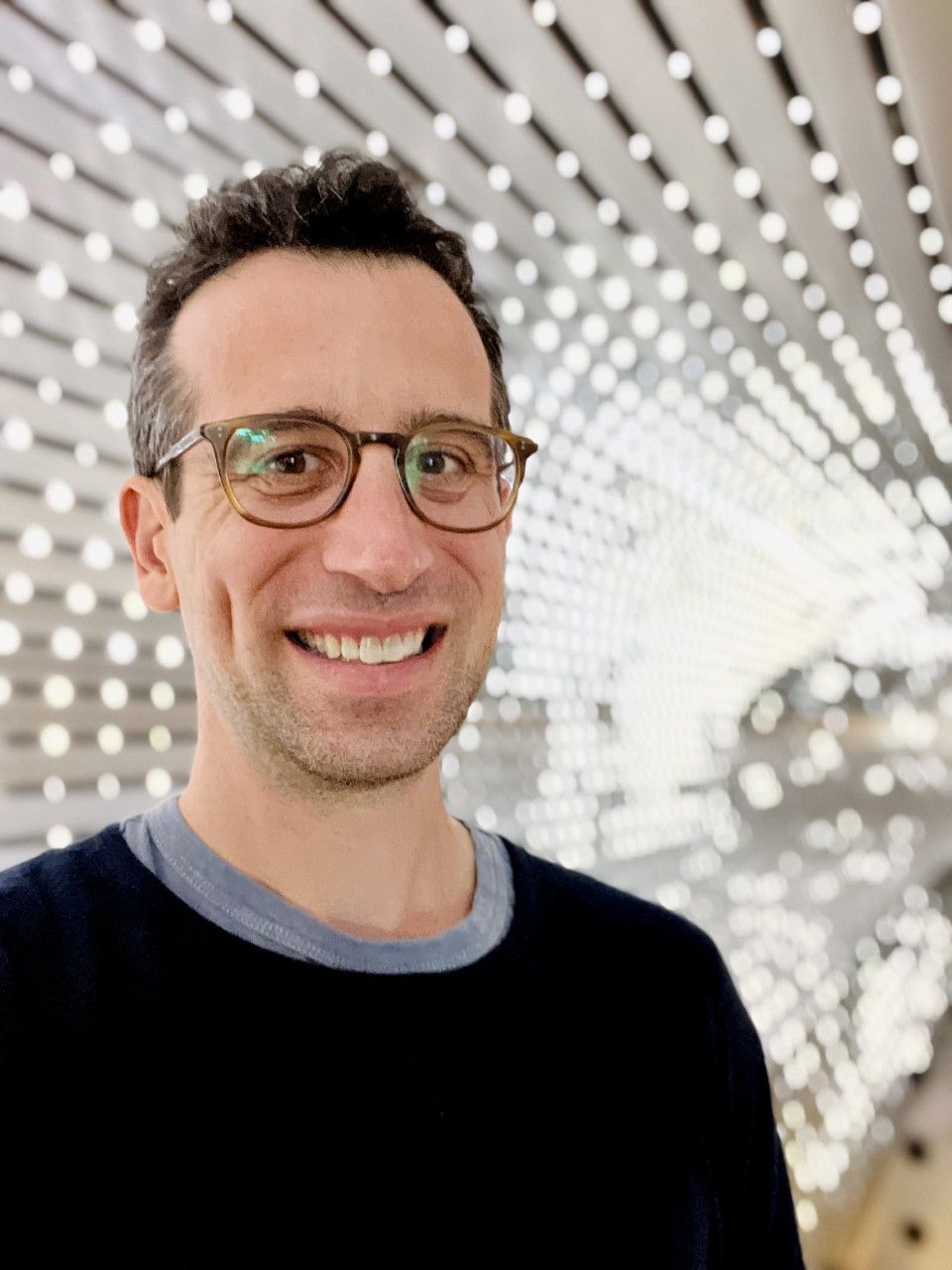 The study is particularly timely because so many K-12 schools, colleges and universities moved to develop online learning platforms during the COVID-19 pandemic.

“Apps like Zoom provide a rather bland context for learning,” Rissman said. “As VR technology becomes more ubiquitous and affordable, remote learners could be instantly teleported into unique and richly featured contexts for each class.”

The experiment was designed by Rissman and Joey Ka-Yee Essoe, the study’s first author who was a UCLA doctoral student at the time.

Rissman said a key predictor of the subjects’ ability to retain what they had learned was how immersed in the VR world they felt. The less a participant felt like a subject in a psychology experiment — and the more “at one” they felt with their avatar — the more the virtual contexts were able to positively affect their learning.

“The more a person’s brain was able to reconstruct the unique activity pattern associated with the learning context, the better able they were to recall the foreign words they had learned there,” Rissman said.

Psychologists have long understood that people tend to recall things more readily if they can remember something about the surrounding context in which they learned it — the so-called “context crutch” phenomenon. But when information is tied to contextual cues, people can have trouble recalling it later in the absence of those cues.

For example, students might learn Spanish in the same kind of classroom where they learn other subjects. When that happens, their Spanish vocabulary can be tied to the same contextual cues that are tied to other material they’ve been taught, like the Pythagorean theorem or a Shakespeare play. Not only does that similar context make it easier to mix up or forget what they have learned, but it also can make it harder to remember any of the information outside of a classroom setting.

“A key takeaway is that if you learn the same thing in same environment, you’ll learn it really fast,” said Essoe, who is now a postdoctoral scholar at Johns Hopkins University. “But even though you learn fast, you might have trouble with recall. What we were able to harness in this research takes advantage of both learning fast and improving recall in new environment.”

To understand the brain mechanisms that support context-dependent learning, the researchers recruited a separate group of participants and scanned their brains with functional magnetic resonance imaging, or fMRI. As the subjects attempted to recall foreign words while in the scanner, their brain activity indicated that they were thinking about the context in which they had learned each word.

That finding suggests that virtual reality can enhance learning if it is convincingly produced and if different languages or scholastic subjects are taught in highly distinctive environments.

Rissman said although the study only assessed how people learned a foreign language, the results indicate that VR could be useful for teaching other subjects as well. Similar approaches could also be used for mental and behavioral health therapies and to help patients adhere to doctors’ instructions after medical visits: Patients might be able to remember such guidance better if they’re in their own homes while chatting online with their doctors, for example.

Making a difference through the power of storytelling

In memoriam: Herbert Morris, 94, landmark figure in law and philosophy
Scroll to top