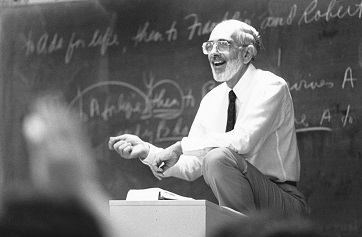 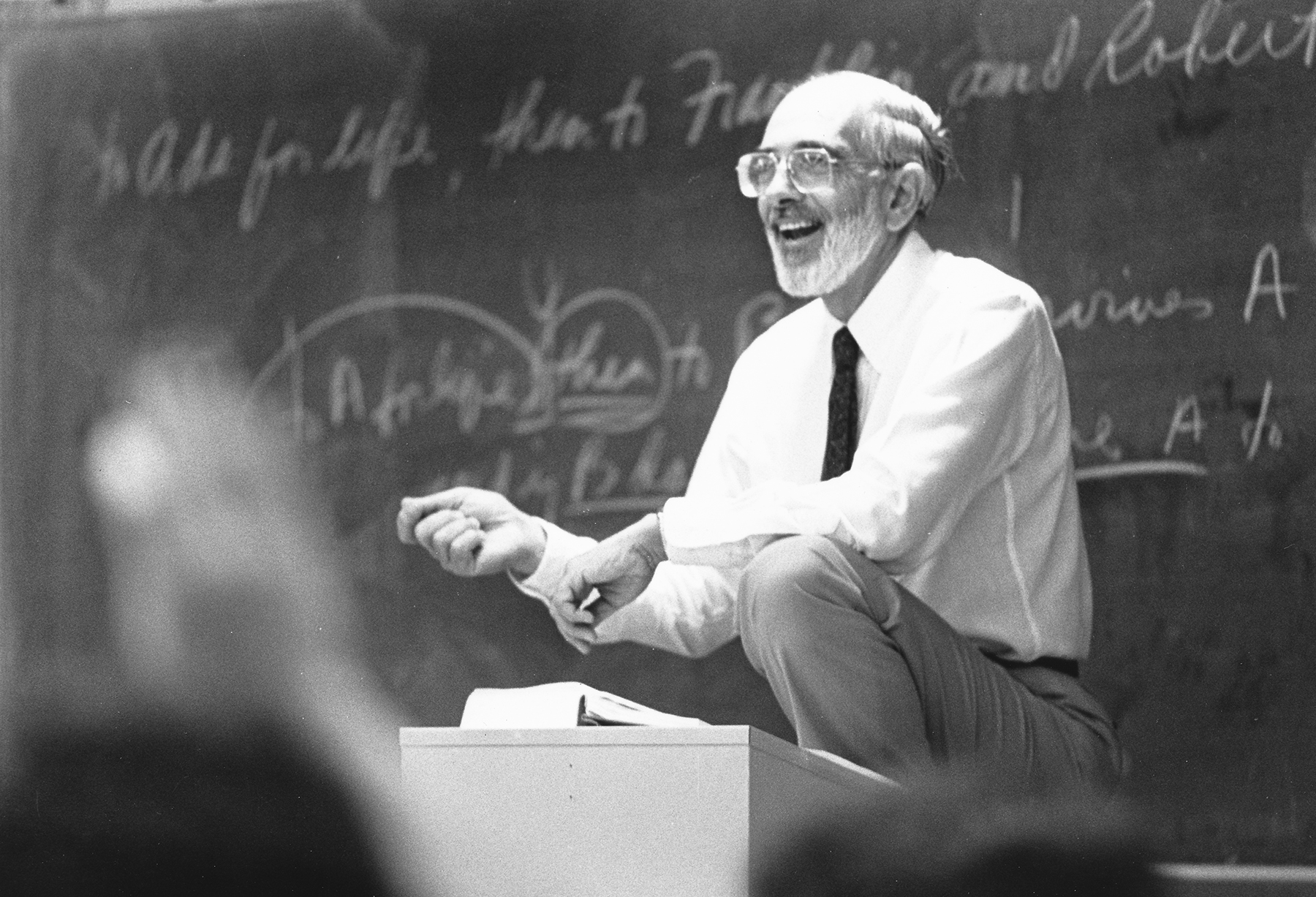 Professor emeritus Herbert Morris, a globally renowned scholar and teacher of law and philosophy and a foundational member of UCLA School of Law’s faculty, died on Dec. 14. He was 94.

An instrumental leader at UCLA for seven decades, Morris earned his bachelor’s degree at UCLA, law degree from Yale Law School and doctorate in philosophy from Oxford University. He joined the faculty of UCLA’s philosophy department in 1956 and the law school in 1962.

During his uncommonly distinguished career, Morris served as dean of humanities of in the UCLA College from 1983 to 1992 and interim provost of the college from 1992 to 1993. He also chaired the board of the University of California Humanities Research Institute from 1988 to 1990, among many prominent leadership roles in academia.

“Herbert Morris was a seminal figure in the tradition of research and teaching in law and philosophy at UCLA, a tradition that he participated in for seven decades and that flourishes today,” says Mark Greenberg, who holds the Michael H. Schill Endowed Chair in Law at the law school and is a professor of philosophy who directs UCLA’s Law and Philosophy Program. “Thanks to his sharp and probing mind and warm and charismatic personality, he will have a lasting influence on his many students and colleagues.”

Morris was widely recognized for his prolific and wide-ranging scholarship on moral and legal philosophy. His book “On Guilt and Innocence: Essays in Legal Philosophy and Moral Psychology” (University of California Press, 1976) is a landmark in the field. He also authored several works of literary criticism: “The Masked Citadel: The Significance of the Title of Stendhal’s La Chartreuse de Parme” (University of California Press, 1961), “What Emma Knew: The Outrage Suffered in Jorge Luis Borges’s Emma Zunz” (Indiana Journal of Hispanic Literatures, 1997) and “Disclosures: Essays on Art, Literature, and Philosophy” (2017). Additionally, he served as editor of “On Guilt and Shame” (Wadsworth Publishing Company, 1971) and “Freedom and Responsibility: Readings in Philosophy and Law” (Stanford University Press, 1961).

The biennial Herbert Morris Lecture in Law and Philosophy – one of the law school’s most important public academic lectures – was established in his honor in 2009. The event, which hosts leading scholars from around the world, has featured presentations by preeminent philosophers including Ronald Dworkin and Martha Nussbaum.

Long after his 1994 retirement, Morris – who also trained and practiced as a psychoanalyst – continued his work on deep philosophical topics. He published “On the Soul” in the journal Philosophy in 2019, and began publishing art criticism, with a focus on the French Baroque painter Nicolas Poussin. Until quite recently, he continued to conduct research and teach at UCLA, producing new scholarship in philosophy, art and literature, and teaching the popular undergraduate class Law, Philosophy and Literature.

In 2020, Morris became the first law professor ever to receive the prestigious Constantine Panunzio Distinguished Emeriti Award, an honor that goes to retired professors from the entire University of California system, in celebration of their longstanding influence and leadership in their fields.

When using virtual reality as a teaching tool, context and ‘feeling real’...