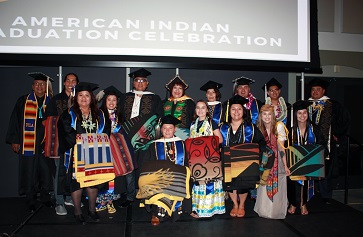 The goal is eventually to increase the Native student, faculty and staff populations 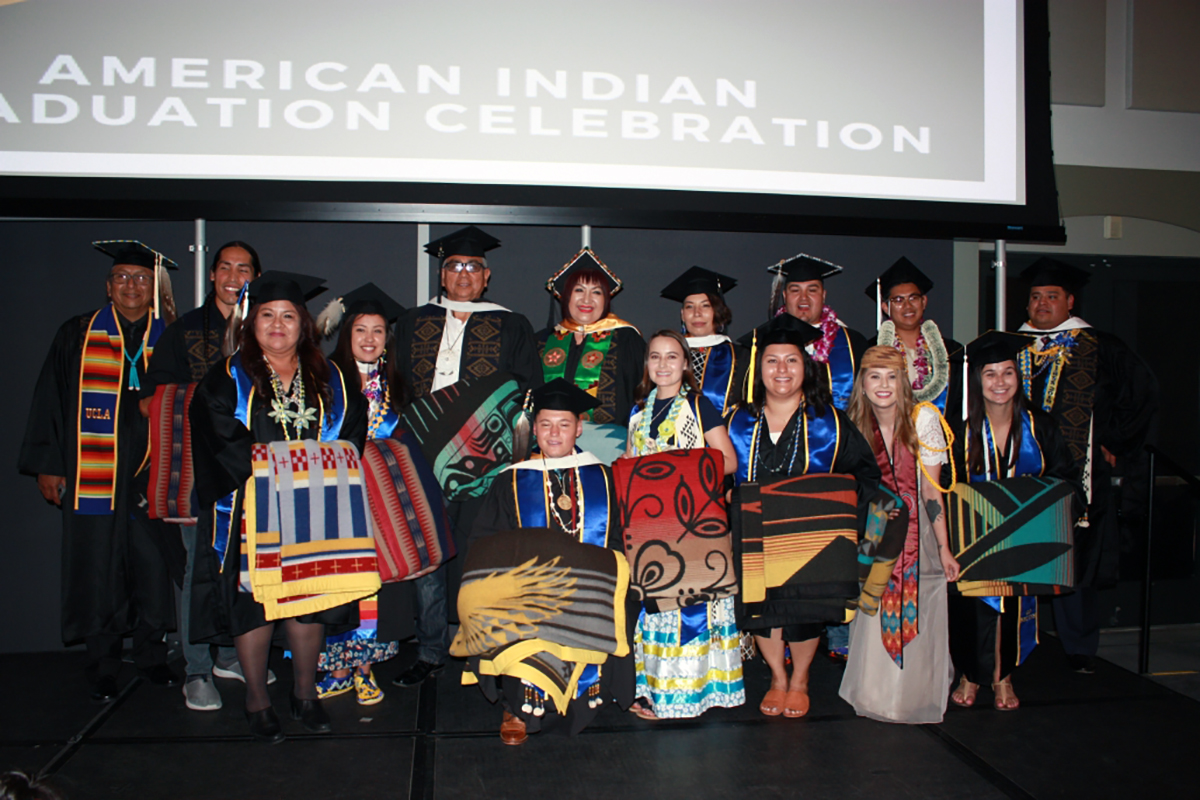 As they look ahead to the end of their senior years, both Desirae Barragan (Gabrieleno Band of Mission Indians) and Lorraine Mazzetti (Rincon Band of Luiseño Indians) have a lot to be proud of — including the news that UCLA’s American Indian studies interdepartmental program will become a full-fledged department.

“Many generations of Native Bruins, including myself, have provided their voices, energy and advocacy efforts to prove the need to departmentalize American Indian studies,” said Barragan, who is double majoring in American Indian studies and human biology and society. “As a Gabrieleno student studying on my ancestral homelands, it is an absolute privilege to be the first of my tribal community to be graduating from UCLA this spring.”

The goal is eventually to increase the Native student, faculty and staff populations while deepening UCLA’s commitment to research and scholarship into Indigenous studies. The change to department status marks a transformation from the program that created one of the world’s first master’s degrees in American Indian studies in 1982 and draws its roots from UCLA’s American Indian Studies Center, which was established in 1969.

“I’ve been the American Indian studies chair off and on for nearly 30 years, and this has been a goal for as long as I can remember. To say I’m delighted would be an understatement,” said Paul Kroskrity, interim chair of American Indian studies and professor of anthropology. “This represents a reprioritization by UCLA and the UC system to do the best job they can for Native American students and the field itself. I’m proud we can build this department in the proper way.”

The existing American Indian studies program offers an undergraduate major, a minor and a master’s degree and seeks to merge the concerns and aims of higher education with those of Indigenous communities.

With its new status, the department will be able to hire its own faculty and staff and to make key decisions on its own. When it was an interdepartmental program, American Indian studies faculty and staff were hired by and held appointments in other departments. Although the new American Indian studies department looks forward to continuing and expanding these rich engagements and collaborations, having this autonomy will make a big difference, both symbolically and in practice.

“This is really exciting, important and a long time in the making,” said Shannon Speed (Chickasaw Nation), director of the American Indian Studies Center in UCLA’s Institute of American Cultures and a professor of anthropology and gender studies. “It puts us on par with UCLA’s other ethnic studies centers, which have all departmentalized, and it gives us a little more freedom to create our own future.”

“This is a landmark moment that will give us a greater platform to elevate research and scholarship, recruit more Native and non-Native students, and propel our ascension in terms of being the place to do American Indian studies in the United States,” said Angela Riley (Citizen Potawatomi Nation), director of UCLA School of Law’s Native Nations Law and Policy Center and a professor of law and American Indian studies.

Tim Topper (Cheyenne River Sioux), a student services advisor in the new department, echoed others in saying that departmental status sends a powerful message of inclusion and investment.

“American Indian studies becoming a department is a huge deal because it represents a foundation for us to better recruit and retain Native faculty and staff,” said Topper, who noted how excited he was to come to UCLA to work directly with California Indigenous communities. “It can be hard for Native students to find that mentor they can connect with, and I think we’ll set our students up even better for success when they can see themselves more reflected in and out of the classroom. It’s going to take time, but we’re creating a pipeline for true change.”

And word can travel fast across Indian country, Topper added, where many people are deeply connected to and invested in what colleges and universities are doing in this field. Both at UCLA and far beyond, this formal recognition reflects a renewed commitment to further elevating Native American representation in higher education.

This is especially important to Barragan and Mazzetti, who hope to see the department tackle new priorities, such as reimagining the curriculum to include additional undergraduate courses in traditional ecological knowledge, tribal leadership and federal Indian law.

“It is hard for Native students to relearn generational trauma and apply it to our essays for a grade, and I hope the new department realizes that they are teaching the next tribal leaders,” Mazzetti said. “I am ready to see what the department will bring to UCLA and what they provide to the next generation of Native students.”

“I look forward to the new opportunities that future generations of Native Bruins will get to experience,” Barragan said. “I am honored to contribute to Indigenizing UCLA and hope that as an institution, it will amplify and uplift Native voices, wants and needs while supporting Native-led initiatives.”

Ensuring that this milestone development runs smoothly is a priority for many beyond the new department as well.

“The sky is the limit for what AIS can accomplish in this new chapter,” said Abel Valenzuela, interim dean of the division of social sciences in the UCLA College. “We are very fortunate to build on our base of excellence in AIS where we have some of the best — if not the very best — American Indian studies faculty, staff and students in the country.”

This article originally appeared at UCLA Newsroom. For more news and updates from the UCLA College, visit college.ucla.edu/news.