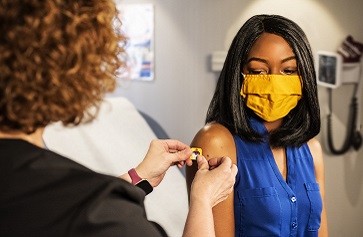 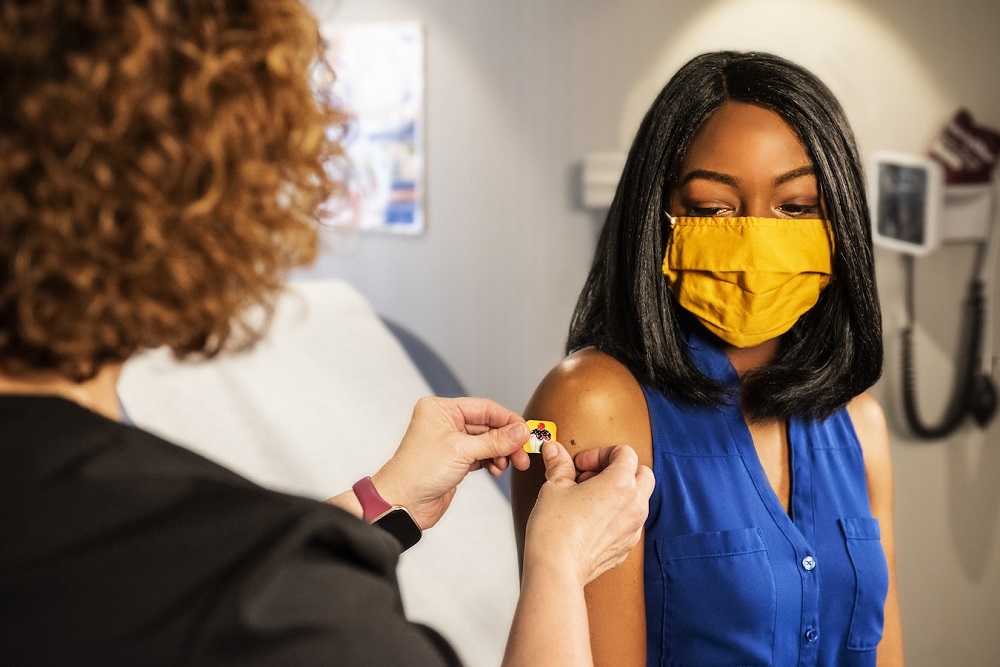 Centers for Disease Control and Prevention

Key takeaways:
• Doctors and distrust. Black Americans are more likely than whites to report poor interactions with their physicians.
• Not history but here and now. These personal experiences — rather than wrongs of the past — tend to heighten their distrust of the health care system and lead to skepticism about COVID-19 vaccines.

Early in the COVID-19 pandemic, the vaccination rate in the Black community lagged well behind that of whites, a gap many in the media speculated was the result of fears based on historical health-related injustices like the infamous Tuskegee Syphilis Study.

But new research by UCLA psychologists shows that vaccine hesitancy and mistrust of medical professionals among Black Americans may hinge more on their current unsatisfactory health care experiences than on their knowledge of past wrongs.

The findings, the researchers say, clearly illustrate the need for both broad and specific changes within the medical community to improve experiences and build better trust with Black patients. The research is published in the journal Health Psychology.

“History is important, no doubt, but Black Americans do not have to reach into the past for examples of inequity in health care — many have experienced it themselves,” said Kimberly Martin, who led the research as a UCLA doctoral student and is now a UC President’s Postdoctoral Scholar at UC San Francisco.

In the first of two studies, Martin and her UCLA colleagues surveyed approximately 300 Black and white participants in December 2020, just as vaccines were becoming available. Black respondents expressed less trust in medical professionals and reported significantly less positive experiences with the health care system than their white counterparts. They were also less likely to report an intention to get vaccinated.

Participants were also queried about their familiarity with the 1932–72 Tuskegee Syphilis Study, in which the U.S. government studied Black men with syphilis without their informed consent and intentionally withheld treatment, leading to medical complications, fatalities and transmission of the disease to family members. Some 66% of Black participants and 62% of white participants said they were familiar with the study, though Black participants generally knew more about it. Familiarity, however, was not associated with greater medical mistrust or vaccine hesitancy in either group, the researchers found.

Ultimately, the authors concluded, Black respondents’ trust in medical professionals had been undermined by a lack of positive health care experiences, contributing to a hesitancy to get vaccinated.

“A damaging narrative suggested in popular media has been that Black Americans were less likely to want a COVID-19 vaccination primarily because of the Tuskegee study,” said Martin, who along with her co-researchers found that the study had been mentioned 168 times in TV news reports on vaccine hesitancy between October 2020 and November 2021. “However, Tuskegee is only one of many relevant historical examples of medical mistreatment toward Black Americans, and this framing completely disregards current inequity and injustice in health care.”

Co-author Annette Stanton, a distinguished professor of psychology at UCLA, said implications that Black Americans can and should “get over the past” as a means to reducing health inequities are not only offensive but misguided, given the findings.

“The findings point to Black Americans’ present-day experiences in the medical system as an important factor among multiple contributors to inequities, and physicians and health systems can indeed take action to improve these experiences,” she said. “Respectful, competent and caring medical professionals can be agents of change.”

A second study, conducted several months after the first, surveyed a nationally representative sample of more than 12,750 Black and white Americans and found no statistically significant racial difference in the proportion of those who had been vaccinated or were intending to get vaccinated. But once again, Black participants reported less medical trust than whites. Black respondents also reported feeling less cared-for by their physicians than white respondents, which the researchers said contributes to lower levels of trust.

Among those who were not yet vaccinated, both Black and white participants who had less trust in the medical community and felt less cared-for by their personal physician were also less likely to report an intention to get vaccinated.

The current studies add to an extensive body of research showing that Black Americans have worse health care experiences than whites. And while the vaccination gap between Blacks and whites has decreased, issues of inequitable treatment and medical mistrust remain and need to be addressed in the context of present-day experiences, the researchers emphasized.

“Characterizing race-related disparities in health care experiences as a relic of the past excludes current medical experiences and absolves the current health care system from making needed change,” said co-author Kerri Johnson, a UCLA professor of communication and psychology.

Johnson and the other authors said that going forward, health care professionals and researchers need to identify and implement changes that could provide Black Americans with more equitable and satisfying health care experiences.