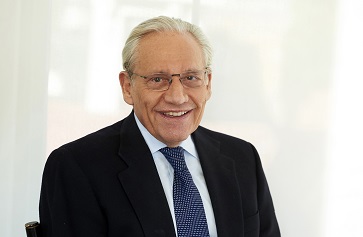 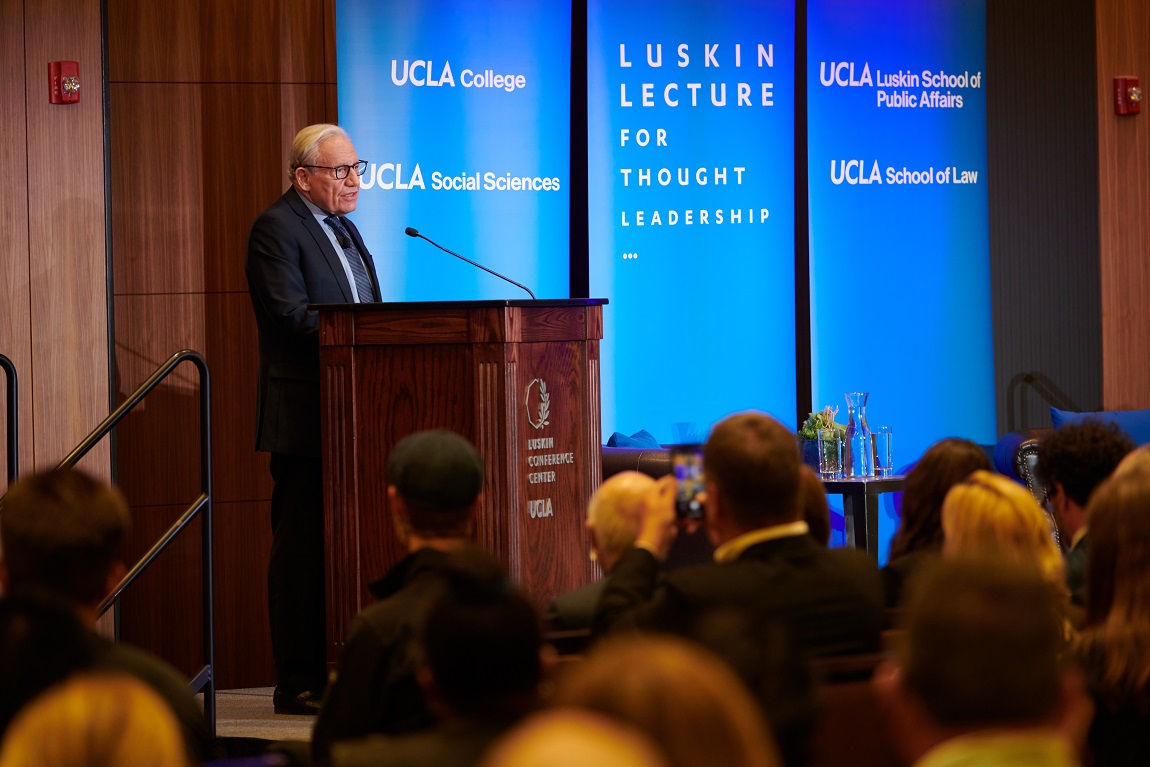 Distinguished journalist Bob Woodward delivered the Luskin Lecture for Thought Leadership on Monday, May 9, before participating in a conversation with Mario Biagioli, UCLA Distinguished Professor of Law and Communication.

“The Luskin Lecture for Thought Leadership connects our university community to some of the most visionary figures of our time, inspiring all to create a lasting impact on society and change the world for the better,” said David Schaberg, senior dean of the UCLA College. “As a trailblazing truth-seeker, student of history par excellence and someone who embodies the highest ideals of journalism, Bob Woodward was a perfect choice.”

Associate editor of the Washington Post, where he has worked since 1971, Woodward has shared in two Pulitzer Prizes, first in 1973 for coverage of the Watergate scandal with Carl Bernstein, and second in 2003 as the lead reporter for coverage of the 9/11 terrorist attacks. He is the author of 21 best-selling books, including the enduring classic All the President’s Men.

Beginning with two deceptively simple questions (“What is the job of the president?” and “What is the job of the journalist?”), Woodward shared insights he gained from covering 10 commanders-in-chief, from Nixon to Biden. He concluded his talk by sharing some of the best advice he ever got from “one of the all-time great truth-tellers,” Katherine Graham, the legendary owner and publisher of the Washington Post.

“She owned more personalized stationery than anyone else in Washington, but after Nixon resigned, she sent Carl Bernstein and myself a letter on plain paper from a yellow legal pad,” he said. “She wrote, ‘Don’t start thinking too highly of yourselves. Beware the demon pomposity.’ She was right: it stalks the halls of everywhere.”

During the Q&A session, Woodward discussed his front-row seat to more recent world-changing events, from the COVID-19 pandemic to the attack on the U.S. Capitol to the Russian invasion of Ukraine. He also shared his impressions of figures like Amazon’s Jeff Bezos, former president Donald Trump and iconic White House reporter Helen Thomas.

Speaking about his own craft, he let the audience in on his favorite reporting secret—pressing one finger over another to remind him to listen rather than speak during an interview. He also shared lessons from some of his high-profile journalism mistakes; in particular, that a journalist has to completely understand and stand behind any story, no matter the pressure to publish.

“Journalists need to do better, more thorough work, where they really dig—and then dig a little bit more,” Woodward said. “Whether it’s Democrats or Republicans, it is human nature to hide things, and our job to report them.”

Established in 2011 as part of a transformative gift from Meyer and Renee Luskin, the Luskin Lecture for Thought Leadership is an annual collaboration among the UCLA College, the UCLA School of Law, the Luskin School of Public Affairs and the Division of Social Sciences.

The Luskins’ vision in establishing the endowed lecture series gave UCLA an ongoing opportunity to share knowledge and expand the dialogue among scholars, leaders in government and business, and the greater Los Angeles community.

Only 10 vaquita porpoises survive, but species may not be doomed