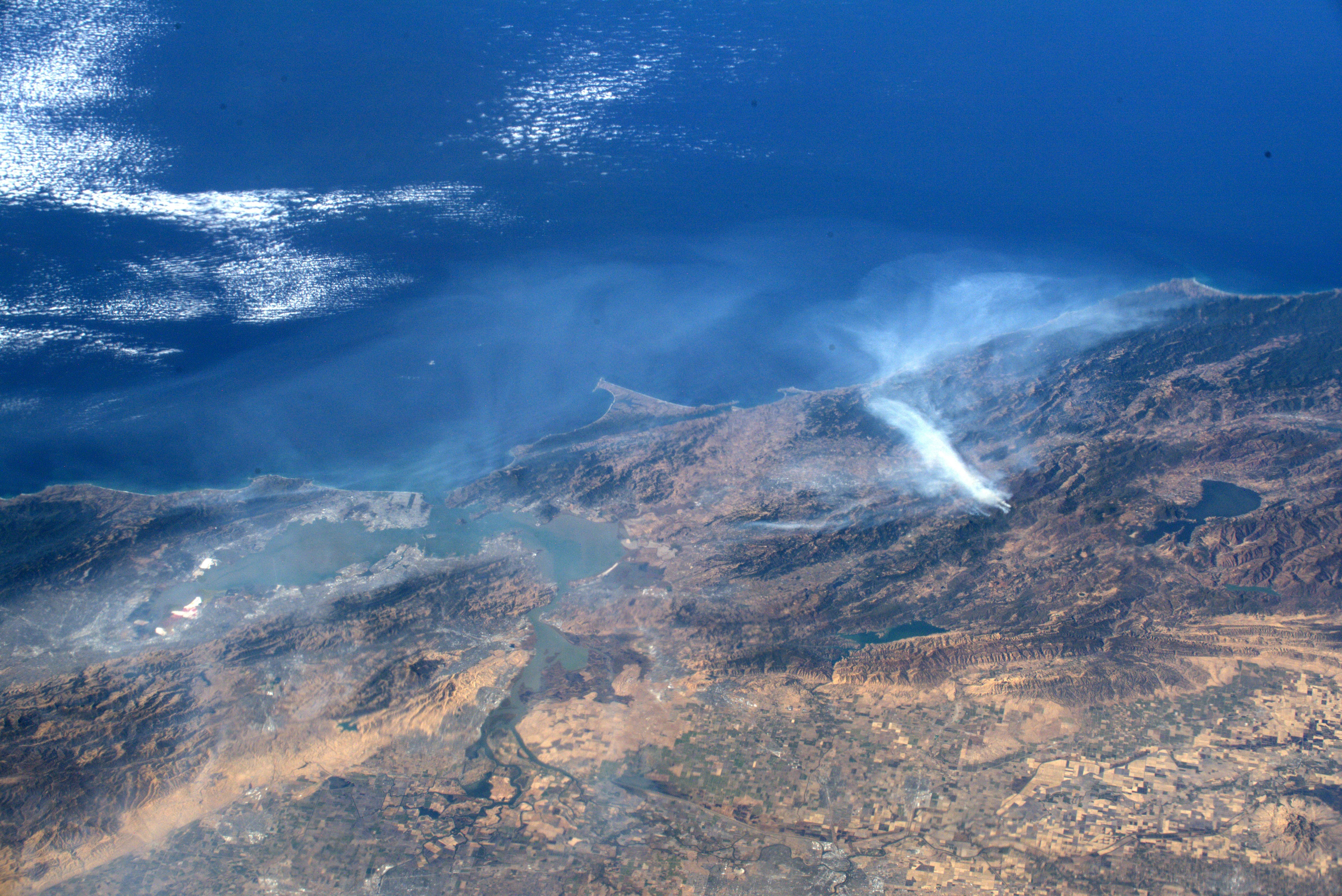 Smoke from a 2019 Northern California wildfire could be seen by astronauts aboard the International Space Station. Photo credit: NASA

Research by scientists from UCLA and Lawrence Livermore National Laboratory strengthens the case that climate change has been the main cause of the growing amount of land in the western U.S. that has been destroyed by large wildfires over the past two decades.

Rong Fu, a UCLA professor of atmospheric and oceanic sciences and the study’s corresponding author, said the trend is likely to worsen in the years ahead. “I am afraid that the record fire seasons in recent years are only the beginning of what will come, due to climate change, and our society is not prepared for the rapid increase of weather contributing to wildfires in the American West.”

The dramatic increase in destruction caused by wildfires is borne out by U.S. Geological Survey data. In the 17 years from 1984 to 2000, the average burned area in 11 western states was 1.69 million acres per year. For the next 17 years, through 2018, the average burned area was approximately 3.35 million acres per year. And in 2020, according to a National Interagency Coordination Center report, the amount of land burned by wildfires in the West reached 8.8 million acres — an area larger than the state of Maryland.

But the factors that have caused that massive increase have been the subject of debate: How much of the trend was caused by human-induced climate change and how much could be explained by changing weather patterns, natural climate variation, forest management, earlier springtime snowmelt and reduced summer rain? 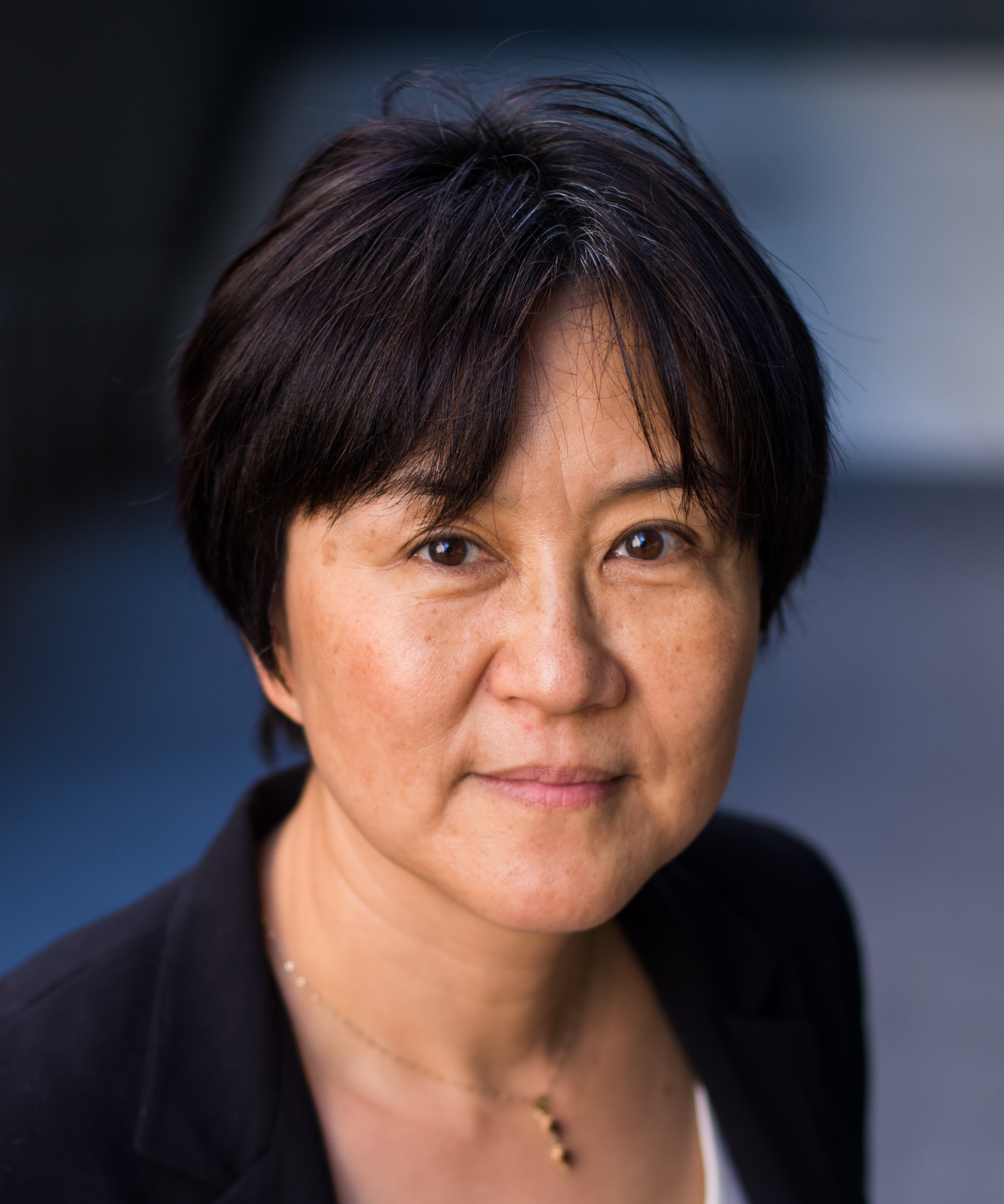 For the study, published in the Nov. 9 edition of the journal Proceedings of the National Academy of Sciences, the researchers applied artificial intelligence to climate and fire data in order to estimate the roles that climate change and other factors play in determining the key climate variable tied to wildfire risk: vapor pressure deficit.

The study found that the 68% of the increase in vapor pressure deficit across the western U.S. between 1979 and 2020 was likely due to human-caused global warming. The remaining 32% change, the authors concluded, was likely caused by naturally occurring changes in weather patterns.

The findings suggest that human-induced climate change is the main cause for increasing fire weather in the western United States.

“And our estimates of the human-induced influence on the increase in fire weather risk are likely to be conservative,” said Fu, director of UCLA’s Joint Institute for Regional Earth System Science and Engineering, a collaboration with NASA’s Jet Propulsion Laboratory.

The researchers analyzed the so-called August Complex wildfire of 2020, which burned more than a million acres in Northern California. They concluded that human-induced warming likely explains 50% of the unprecedentedly high VPD in the region during the month the fire began.

Fu said she expects wildfires to continue to become more intense and more frequent in the western states overall, even though wetter and cooler conditions could offer brief respites. And areas where vast swaths of plant life have already been lost to fires, drought, heatwaves and the building of roads likely would not see increases in wildfires despite the increase of the vapor pressure deficit.

“Our results suggest that the western United States appears to have passed a critical threshold — that human-induced warming is now more responsible for the increase of vapor pressure deficit than natural variations in atmospheric circulation,” Fu said. “Our analysis shows this change has occurred since the beginning of the 21st century, much earlier than we anticipated.”

The research was funded by the National Oceanic and Atmospheric Administration and the University of California.

Pamela Yeh, Van Savage contribute to book about lessons from the pandemic