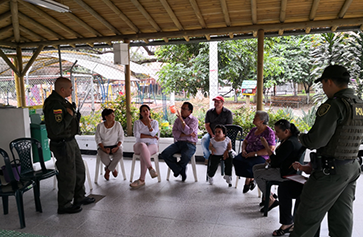 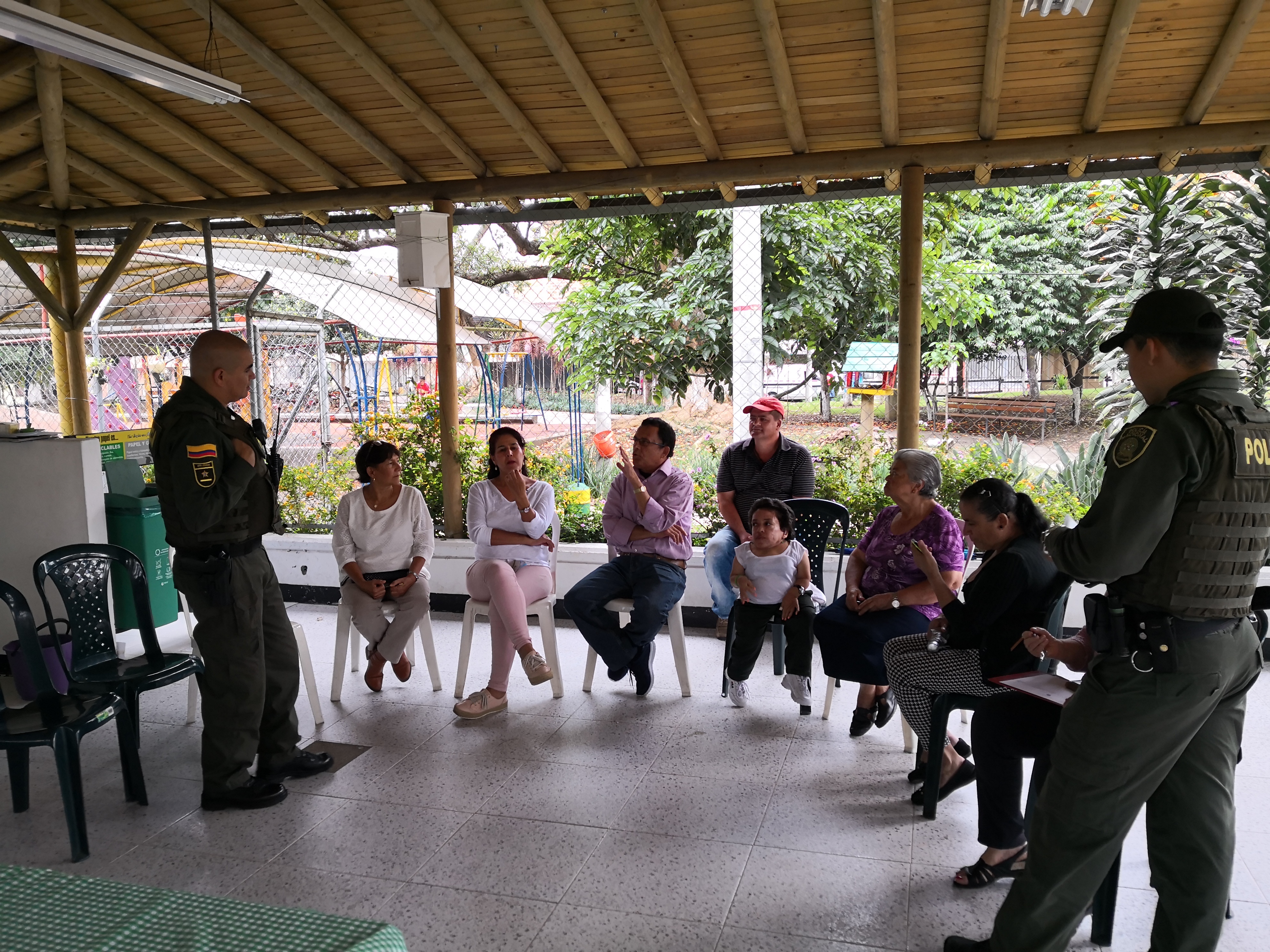 As part of the study, residents of Medellín, Colombia, met with members of the municipal police to share concerns about law enforcement and discuss potential solutions. Photo credit: Evidence in Governance and Politics

The practice of community policing was developed in the U.S. in the early 1990s and has since gained popularity across the world. It typically involves collaboration between police and neighborhood watch groups and introduces new mechanisms for citizens to report crimes as well as abuses of power by police.

Along with Blair, the study’s lead authors are Jeremy Weinstein of Stanford University and Fotini Christia of MIT. They and 23 other authors from five universities studied new community policing efforts in Brazil, Colombia, Liberia, the Philippines, Uganda and Pakistan.

The researchers collaborated with local police agencies to implement some common elements of community policing, including town hall meetings and so-called problem-oriented policing, which entails police and civilians identifying specific areas where specific types of crime are occurring, and working together to define solutions. The projects ran for periods ranging from six months (in Pakistan) to 17 months (in the Philippines), and researchers judged the programs’ success based on crime reports and surveys of community members and police officers.

The results, published in the journal Science, showed no evidence that the reforms reduced crime or increased civilians’ trust in police.

Blair said the findings were surprising given the increasing attention being paid to community policing in recent years. Advocates say the approach can help reduce crime while also rebuilding trust between citizens and police.

“Previous evidence from the U.S., U.K. and Australia suggested these policies were effective, and their wide adoption was driven in part by prominent success stories in Boston and Chicago,” Blair said. “But when we studied these locally adapted community policing practices in developing countries we just didn’t see any changes.”

The data showed no improvements in terms of trust in law enforcement, crime reduction or cooperation between civilians and police — the three primary benefits touted by advocates of community policing.

“There were some improvements in citizens’ attitudes toward the police in a couple of cases, but those were inconsistent across the countries we studied,” Blair said.

The study is one of the largest ever to study policy reform in partnership with governments. Researchers worked with six police agencies in six countries, implementing reforms in more than 700 localities and testing them against police beats where the reforms were not instituted. Data collection included interviews with more than 18,000 citizens and 800 officers.

MIT’s Christia said the findings suggest there is no one-size-fits-all approach to police reform.

The researchers have several theories as to why the community policing tactics were ineffective. Among them:

• Insufficient encouragement from senior law enforcement officials, who are responsible for shaping police officers’ understanding of whether and how to implement new policing practices.

• Police officers being frequently rotated in and out of test locations, which interrupted their training in new policing practices and hampered their ability to create rapport with community members.

“While community policing strategies didn’t deliver the anticipated results on their own, the challenges in implementation point to the need for more systemic reforms that provide the necessary resources and align incentives for police to respond to citizens’ primary concerns,” said Stanford’s Weinstein.

The researchers write that the future success of community policing in developing countries might require support from each level of authority, from senior law enforcement leaders down to station commanders, in order to engender widespread adoption among police officers. Police agencies also might need to change how they measure their success, giving more attention to issues community members care about, and to rethink training and staffing practices.

“It is possible that there is a version of community policing that works in these kinds of settings, but we didn’t find it.” Blair said. “One explanation could be that it takes a long time to build trust between citizens and the police. In some places, it is being thought of as a policy that can reap quick benefits in creating a symbiotic relationship between citizens and the police, but our study shows that doesn’t seem to be broadly true.”

How a COVID-19 vaccine arrived quickly and without compromise