You are here: Home / Alumni & Friends / How a COVID-19 vaccine arrived quickly and without compromise 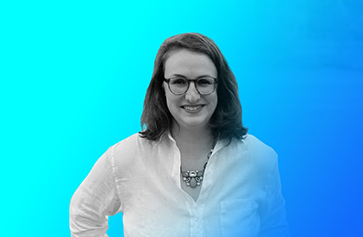 As senior principal scientist and group leader at Pfizer in St. Louis, Carly Daniels Ph.D. ’14 leads teams of scientists who develop methods for Pfizer biotherapeutics, particularly vaccines, and then test them for quality throughout the manufacturing process. Her team worked intensively on the Pfizer-BioNTech COVID-19 vaccine, and in addition to overseeing those efforts, Daniels participated in assembling and organizing data sent to regulatory agencies in more than 100 countries toward the vaccine’s authorization for use. Daniels, who earned her doctorate at UCLA in biochemistry and molecular biology, also completed a postdoctoral fellowship at the U.S. Food and Drug Administration before joining Pfizer in 2015.

When Pfizer and BioNTech agreed to work together on the COVID-19 vaccine in March 2020, as the World Health Organization declared the outbreak a pandemic, how did your life change?

Things changed pretty quickly. It became clear that a lot of the work would be done in St. Louis, where my team and I are based. And a huge part of the Pfizer–St. Louis population raised their hands and said, “I’m in. I’ll do whatever is needed.” We weren’t able to push aside other projects, but we pivoted to prioritizing the COVID vaccine, working longer hours to get things done.

No one expected a vaccine to be ready in less than a year — vaccine development usually takes a decade or more. To what do you attribute the speed?

Certainly at the beginning, a lot of us thought, my gosh, we can’t do this so quickly. But a huge part of why it went so much faster is that with traditional vaccine and medicine development, everything is done in sequence. As you scale up, the manufacturing changes, and you invest in increasingly larger equipment and infrastructure. And you wait to see how a clinical trial goes before moving on to the next stage. In this case, our leadership said we’re going to do everything at once, in parallel, and accept the risk. We were not resource-limited, which was very helpful. We had thousands of people working on this across Pfizer and BioNTech, as well as through various partners. Everyone worked longer hours and weekends, knowing how critical this was. My understanding is that it was also all hands on deck at the regulatory agencies. They get tons of submissions, which can take time to work through. But with the COVID-focused filings, they could prioritize those.

Much misinformation surrounds the COVID-19 vaccines. What’s a misconception you would like to correct?

One of the biggest ones I have heard is that the speed with which we were able to do things meant cutting corners. The reasons we could go at the pace we did were the changes we made to how we would do typical development and the prioritizing by the regulators. We still had to hit all of the same high quality standards internally, and with the regulatory agencies, those standards did not change at all.

The Pfizer-BioNTech and Moderna vaccines were first to use messenger RNA (mRNA) technology, which has been heralded as a faster way to develop vaccines and other therapeutics. Did that play a role in the speed?

That definitely helped. It’s easier and faster to make, and a huge part of getting to that final commercial process is to be at a scale where you can produce the supply you need. We’ve already seen announcements from companies starting to look at clinical trials for mRNA vaccines to address other types of infectious diseases as well as other therapeutic areas, including different types of cancer. Our motivator is always that the patients are waiting, and it does seem like mRNA is going to cut down on the time it takes to get medicines and vaccines to patients.

“Working on these molecules that prevent disease can impact millions of people.”

Your team has received FDA approval for another blockbuster vaccine, Prevnar20, to prevent invasive pneumococcal disease and pneumonia. What impact do you expect to see?

I have worked on that for several years, and that approval was great cause for celebration. We should see a huge impact. We’ve seen it from prior iterations of Prevnar and other vaccines that address other infectious diseases. It’s incredible when you can essentially pinpoint the decline in the prevalence of some of these invasive or infectious diseases lining up with when these vaccines started to be introduced into the population.

How did you become interested in science, and vaccines in particular?

I’ve been interested in science from a pretty young age, mostly thanks to my dad. He is an entomologist, so he works with bugs, which is not my area of interest. As a grad student at UCLA, I became interested in medicine development. I worked in the laboratory of Professor Joseph Loo in the biochemistry department. He had experience in industry, and was really encouraging and open to helping me explore different career paths. We collaborated with Amgen, and after getting a look at some of the work they did, I started to see that a lot of the techniques we were using in grad school were being used in industry and could be a part of developing medicines that would help tons of people. After joining Pfizer, I quickly got involved in one of our other vaccines and gained the perspective that working on these molecules that prevent disease can impact millions of people. This was before the pandemic; now, I guess it’s in the billions.

How did your Ph.D. experience prepare you for the work you’re doing now?

One of the things that drew me to UCLA was that all of the professors in the department were super approachable. When I went there to interview, it just felt different from other places. You could tell how much collaboration there was, both among the labs within the department and across the medical campus. Getting to collaborate with different groups on campus, as well as with Amgen, City of Hope and UC Riverside, prepared me for Pfizer, where you’re constantly working on cross-functional project teams, communicating with people about your work and trying to understand theirs. 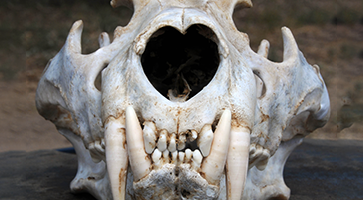 Hydrogen cars for the masses one step closer to reality, thanks to UCLA invention

In developing countries, no quick fix for strengthening police–civilian r...
Scroll to top