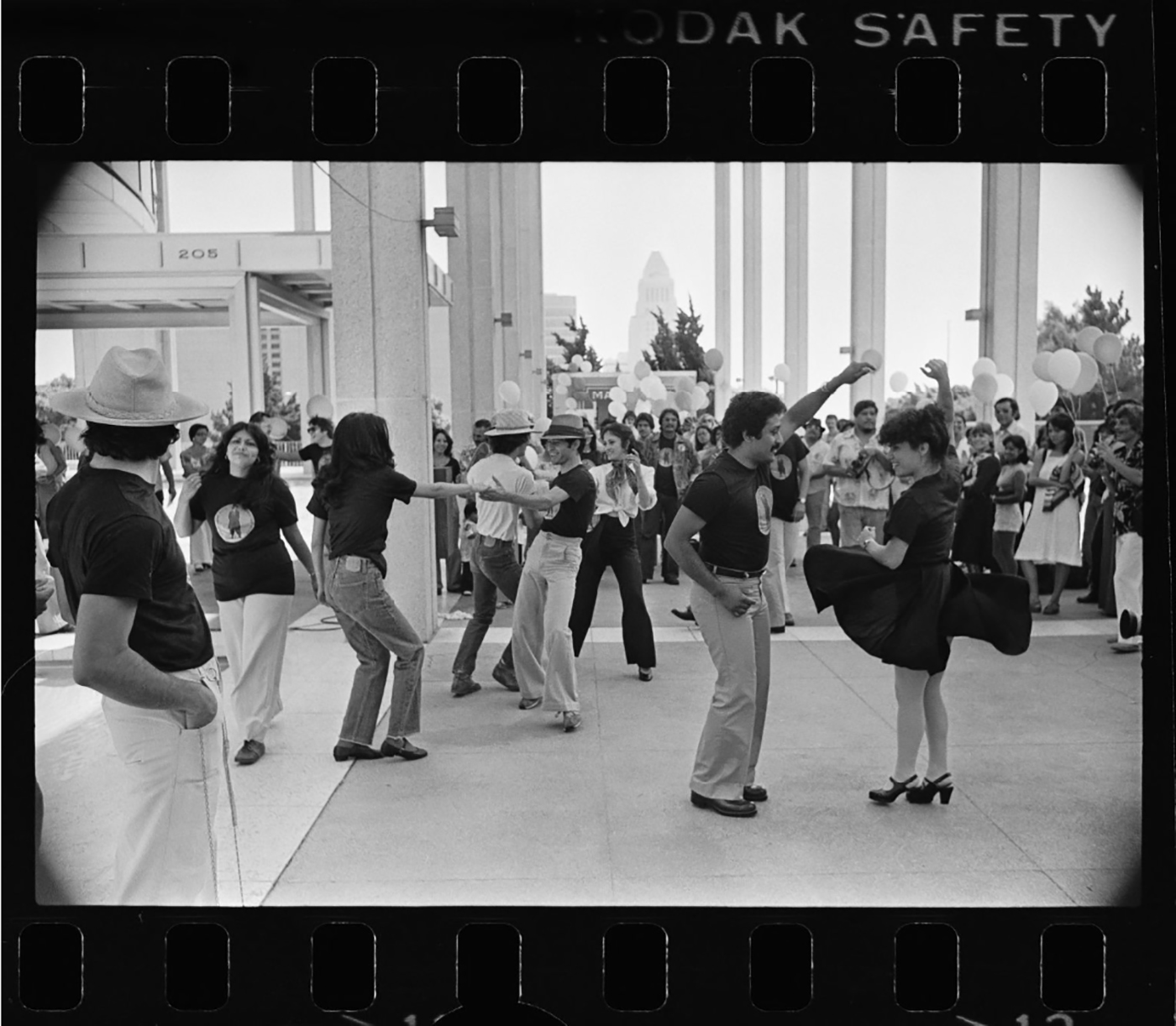 When a lot of people look at maps they see objective facts: the black lines depicting borders, a blue line tracing the path of a river, and locations of mountains, cities and lakes.

Marissa López, professor in the departments of English and Chicana and Chicano and Central American studies, sees a story, one written from the perspective of the mapmaker. That kind of control over the narrative U.S. history has usually rested in the hands of white men. The result has been a history that omits the stories, contributions and perspectives of people of color. In Southern California, that’s meant the erasure of our region’s Mexican roots, and also the history of its indigenous people.

Now, in partnership with Los Angeles Public Library, López is committing to illuminating that long Mexican history of Los Angeles through Picturing Mexican America, a series of digital humanities projects centered around a mobile app. The app, which is currently in development, will display archival images of 19th-century Mexican Los Angeles related to the current location of the user. López and Picturing Mexican America recently collaborated with the 826LA, a nonprofit that teaches and promotes the value of writing, to create a summer workshop where middle and high school students had the opportunity to write and create art based on the history and future of Los Angeles.

The following Q&A has been edited for length and clarity.

What can you tell me about the origins of Picturing Mexican America and your motivations behind starting it?

I’ve always loved history. If there’s any kind of plaque anywhere, I will always read it and it drives my family nuts. My husband is from Kentucky and while we were vacationing there, a friend of his showed me an app called Explore Kentucky History. It pulls data from Kentucky historical markers and it maps them. If you’re near one, it’ll pop up and you can read about the history of where you are. I thought, “Oh, this is awesome. Someone should make something like this for California.”

Around this same time I was finishing up my second book and thinking, as I have been ever since receiving tenure in 2013, about what it means to make knowledge, to be a culture worker, and what it meant to be a professor. I wondered what other avenues of knowledge making, besides writing books and teaching, could be available to me.

Serendipitously, this was when the American Council of Learned Societies created their Scholars and Society Fellowship, which pairs doctoral faculty with public facing institutions to design collaborative research projects in the humanities. I saw that as the perfect opportunity to work on this app. I was very lucky that the Los Angeles Public Library agreed to collaborate with me as a partner institution, and I started working at the library while on sabbatical in 2019. It was so exciting learning about how people at the library understand the work they do and the library’s role in the city.

Through my work and conversations at the library I was connected with Hack for L.A, a local chapter of the national Hack for America, made up of tech professionals looking for projects that serve the public good. Their volunteers helped me move forward with thinking about what this app could really look like and what it could accomplish.

What does an app as a medium allow you to accomplish that other more traditional methods of knowledge spreading might not?

I was already thinking about creating an app after being inspired by Explore Kentucky History, but being in the library made me start to envision the app as a method of liberating the archive and putting this unfettered historical knowledge in the hands of the public. The library puts people first — before ideas — which is different than what a lot of educational institutions do. There’s a power in that, a power to catalyze social change that is very exciting to me, and I think the aligning of my goals for the app with that vision is part of why the project was appealing to the Los Angeles Public Library.

That was how I put it to them: What horizons of possibility do we open up when we just throw a bunch of information at the wall and allow people to look at it?

For instance, so many people do not even know that California used to be Mexico. Even if they know it as historical fact, people just don’t really think about it. All of UCLA used to be someone’s ranch; there were Mexican people that lived and loved and died on this land. That was land that they had stolen from the Tongva, which is a whole other thorny layer to sort through, but what would it mean for people, Latinos and non-Latinos alike, to really have to experience the fact that this land used to be Mexican. 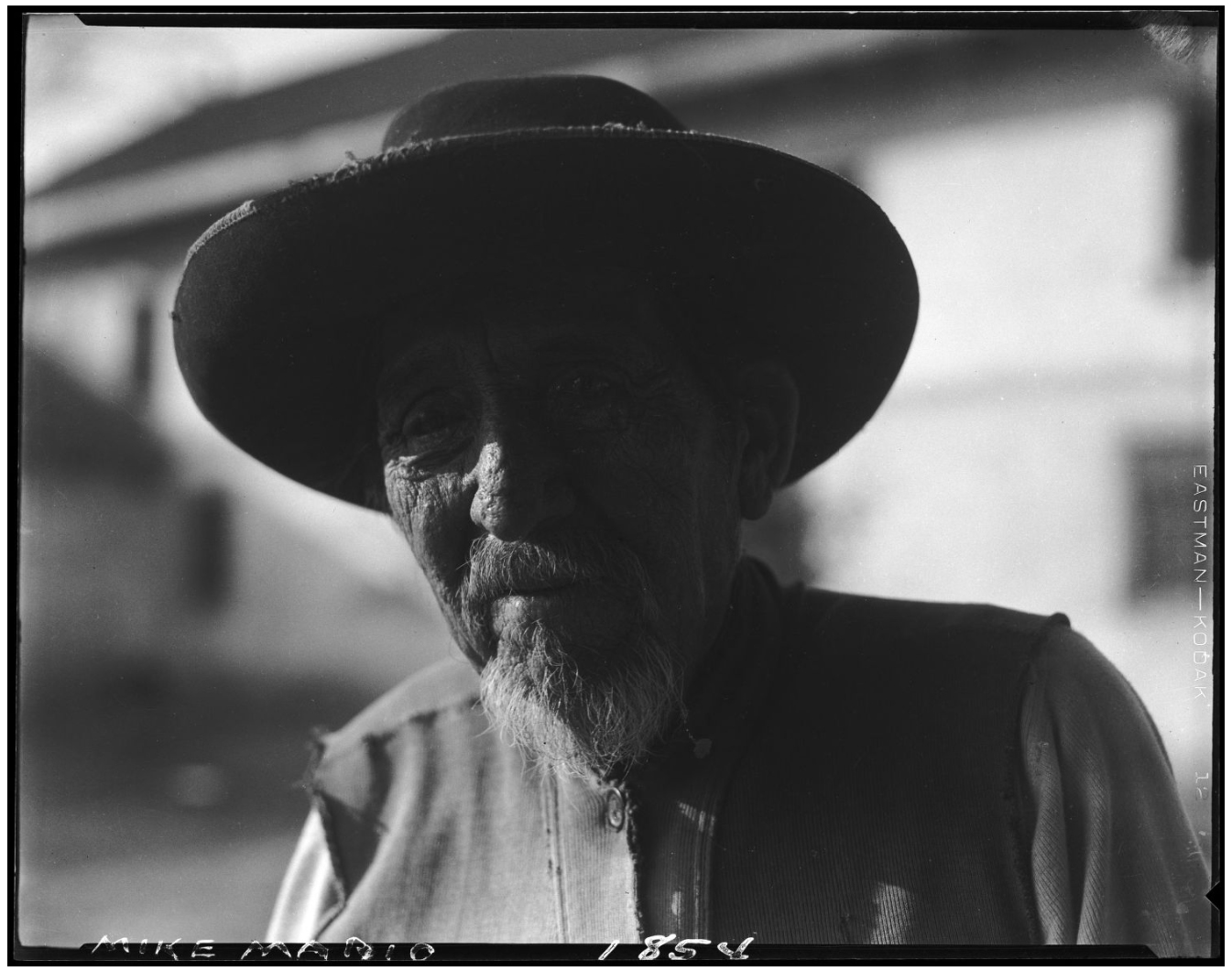 How will the visual and interactive aspects of the app facilitate that process of rediscovery and discussion?

As a professor and a writer, I do a lot of telling people things, through lectures and books. I saw the app as a way of doing something else, of altering people’s experience of space, and I knew that I could incorporate images. Having a visual element was important to me, because the way that we process and experience images is very different than reading something.

Also, of the Latinx population that accesses the internet, a significant majority do so through their mobile phones. Putting these typically quite guarded and protected archives, these powerful images, into people’s pockets and giving them historical and geographic context can allow for voices and cultures that have been erased over the years to understand their past and express their reactions to it.

How have Mexican voices and culture been erased over the years?

First, it’s done by erasing the history of the land. All the massive ranches that used to be here were carved up and sold. Then, there is a narrative that was crafted, saying that Mexicans lost their land because they didn’t understand business or because they were lazy. That narrative gets taught to schoolchildren very early on, and the continued telling of that story is a primary way that Mexican voices have been erased.

The reality is much more nuanced. The Treaty of Guadalupe-Hidalgo, which ended the Mexican American War in 1848, contained provisions for Mexican property owners to retain ownership of property that used to be in Mexico but was now in the United States. After the war, the U.S. government established the California Land Commission in 1851 to ascertain titles.

Basically, the land commission created a very complicated legal system that people had to navigate in order to keep their land, and through all of these rules, through mortgages to pay legal fees, and inequitable taxation schemes, Mexicans lost their land. Of course, in some instances people did just make poor decisions, but effectively, it was death by a thousand legal paper cuts for Mexican Californians and the colonial violence of land theft was hidden behind the abstraction of law. 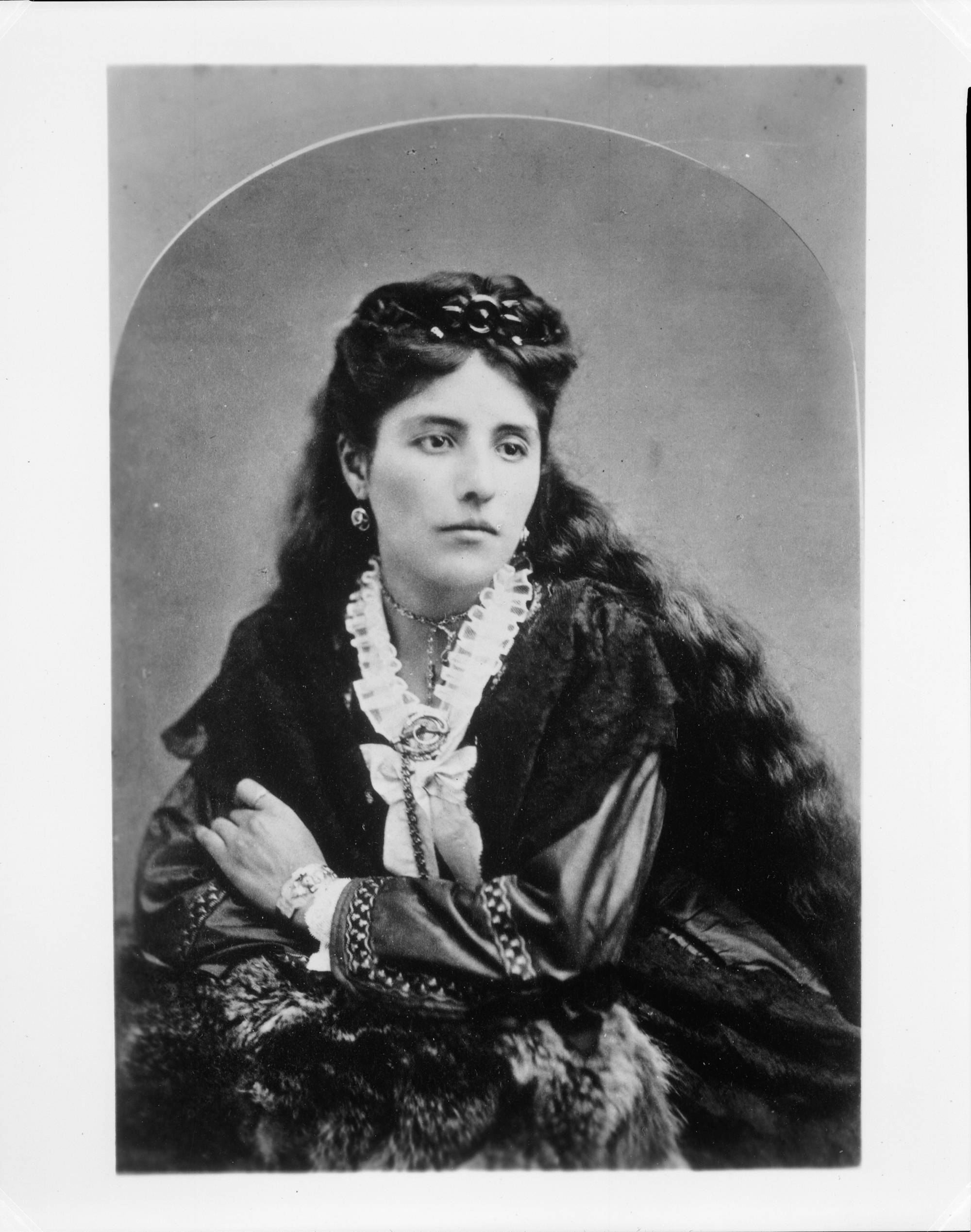 C.C. Pierce Collection of Photographs, The Huntington Library
Rudecinda Sepulveda de Dodson was a devout Catholic and active in her community, donating land to her church, to build the San Pedro Women’s Club building, to the Salvation Army, the American Legion and the San Pedro Elks club, deeding, in addition, more land for official city use, including Plaza Park where the original city hall was built.

This was a very complex process that I’m simplifying, but it’s still hard to understand. It is, however, the sort of thing that you can grasp at a basic level when you see these images. There are these diseños, which literally means drawing, but that’s the word for these hand drawn maps of the ranchos. There is one of Rancho San José de Buenos Ayres, which is what UCLA used to be called, and you can see that the way the land is rendered visually is very different.

When you see these depictions, you can understand that a lot of things like maps masquerade as objective, when really a map is just a way of telling a story about land. There are the legalistic means of erasing Mexican voices and culture, but there is also this process where we just come in and tell radically different stories about the history of this land.

In the late 19th century, Los Angeles begins transforming into a metropolis. Wealthy white men like David Burbank, Jonathan Temple and Abbot Kinney bought up a lot of the land on which they now needed people to live, so you get an extended period of Anglo boosterism. There is this creation of a Californian mythology because there is an emerging tourism industry that relies on an entirely invented history of this land. Scholars call it the “fantasy Spanish heritage.”

In essence, we just start telling these stories about the Spanish dons and doñas, who wandered around playing guitar and wearing mantillas, and it’s completely made up. This a process that’s continuing to happen today as well.

What made you decide to work with K-12 students with 826LA?

At first, I didn’t start out thinking that I needed to design K-12 programming. I don’t have that kind of training or background, plus I wanted to avoid the widespread tendency to contextualize diversity-oriented work like this as being “for the children.”

That move ­— something we see all too often with the careers of Black, Indigenous and people of color writers — suggests that children need to learn certain things that adults already know. It also, in my field, works as a subtle, if entirely unjust, devaluation, a way of saying, “Have a seat at the kids’ table while the grownups talk.” I didn’t want that to happen to me, and so that was a bit of a chip that I had on my shoulder about working with kids.

But, I’ve realized one of the great joys in reaching the rank of full professor, to which I was promoted in 2020, is that I really don’t have to care about such nonsense anymore. I control my own professional narrative, and right now I want to tell a story about how wonderful it is to work with K-12 writers! They’re incredibly enthusiastic and imaginative; my UCLA undergrads are just as creative, but a little more jaded and outcomes driven. The K-12 students I’ve been honored to work with are so unfettered in the classroom.

My goal, in all my work but with them especially, is to seed narrative without crafting or controlling it, to give people the tools to engage with the material on their own. K-12 writers don’t know yet about all the people who want to wrest narrative control from them, who want to tell them what to think about themselves.  These kids were all about telling their own stories, about shaping a better tomorrow, and they were just awesome.