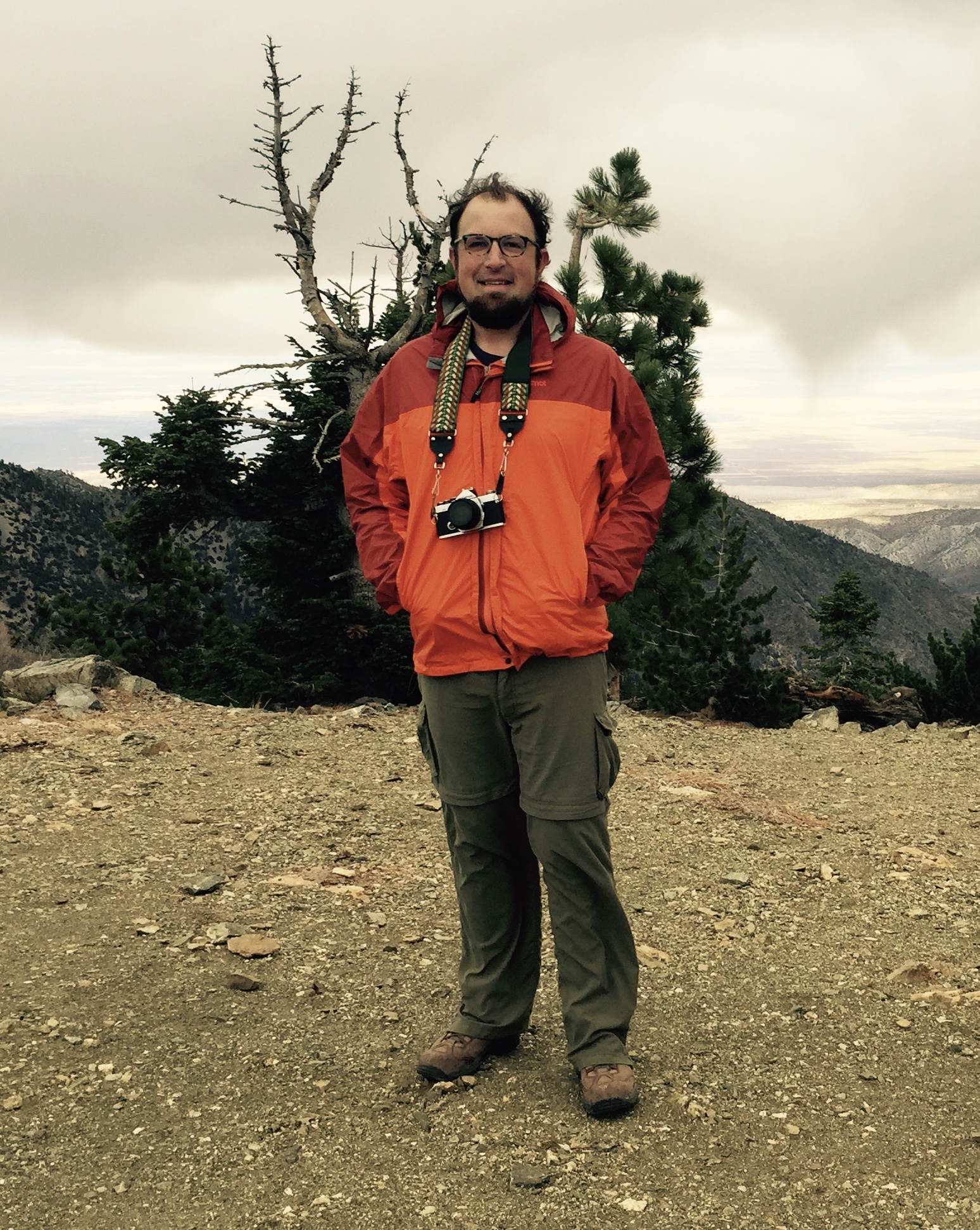 Deep compassion and curiosity set Joshua McGuffie on his life’s work; a beaten-up ’99 Toyota Corolla got him there and back.

A native Angeleno and UCLA graduate, McGuffie originally went to seminary and became a Lutheran pastor serving two small churches in upstate New York. Although he found his work fulfilling, he realized he wanted to return to school. Conversations with members of his congregation—largely orchardists—inspired him to want to study the history of organic farming. However, his focus changed once he got to graduate school at Oregon State, not far from where the U.S. made all of its weapons-grade plutonium.

“So instead of organic farming, I ended up studying America’s nuclear past,” he says. “Now I’m a doctoral candidate in the Department of History at UCLA, researching the doctors and biologists who first studied the biological effects of radiation from the 1920s through the 1960s.”

Led by Stafford L. Warren, who would become the first dean of UCLA’s medical school (now the David Geffen School of Medicine at UCLA), these doctors and biologists faced a major challenge as they sought to understand the effects of radiation as the field raced forward, forcing them to grapple with the impact of things that had never existed before, such as fission reactors and atomic bombs. Beginning their work by exposing fish to X-rays, these researchers went on to travel to Hiroshima and Nagasaki three weeks after the 1945 bombing, studying the survivors, known as hibakusha. They continued their work on Bikini Atoll in the Marshall Islands and at multiple sites in the United States, including a lab on UCLA’s campus.

“In some regards, these researchers could be considered sympathetic actors because they were trying to protect people from radiation exposure, but on the other hand, they made it possible for the United States to test atomic bombs for almost 20 years,” says McGuffie. “The fallout of that testing affected countless people as well as the environment. It’s a sad, tragic story, but there’s a lot to it that isn’t as well-known as it should be.”

More people should be aware of the full scope of victims of the nuclear arms race, he says. These include the Shoshone tribe in eastern Nevada who were exposed to test radiation; Navajo miners near Los Alamos who were not provided adequate protection during their work; and Marshall Islanders who had to be evacuated by Greenpeace after nuclear fallout made their original home atolls uninhabitable.

“The United States owes a real debt to all these people,” McGuffie says. “Scientific advances can offer so much amazing possibility, but we can never forget that there has been repeated precedent for marginalized people being further marginalized in the name of progress.”

Throughout his previous travels—from California to New York to Oregon and back—McGuffie drove that aforementioned Corolla, and he added another 5,000-plus miles to it on a UCLA-funded “atomic roadtrip” crisscrossing the western U.S.  Digging through documents in little reading rooms and recording oral histories, McGuffie was even briefly detained by sheriff’s deputies while taking photos outside the Nevada Test Site.

A surprising but important supplement to his research came when McGuffie participated in UCLA’s Excellence in Pedagogy and Innovative Classrooms (EPIC) Program, which offers resources, training and support for humanities educators to strengthen and expand their craft. In addition to connecting him with other educators engaging with environmental matters via various disciplines, it also helped him better understand how to bridge his work outside the classroom in dynamic ways.

“I loved how EPIC helped me think about turning my research into exciting teaching materials,” he says. “Right now I’m teaching a history of medicine course at Loyola Marymount, and for our unit on environmental justice and health, I’m working on bringing in members of the Concerned Citizens of South Central Los Angeles (CCSCLA) who fought against the construction of a garbage incinerator in an impoverished neighborhood.”

Although the lessons of America’s radioactive past seem to augur a bleak future, McGuffie limits his despair to the occasional dark joke. Trained by the seminary to listen deeply to others, to search for empathy and answers, he believes there is hope for humanity.

It’s like the pickup game of soccer that’s been played every Sunday evening in his neighborhood for the past 10 years with people he’s known since he was a child and continues to this day, much to McGuffie’s joy. Every week he steps onto the field where all are welcome, no matter your skill level or how many years you’ve been away; every week he’s reminded that the only way to succeed is to trust, help and root for your teammates.

“In my heart of hearts, I think humanity has the potential to take real, positive actions to address issues of environment and health in equitable, effective ways we haven’t before,” McGuffie says. “I look at my children and I choose to be hopeful: there are solutions out there and we just have to get excited about finding them.”