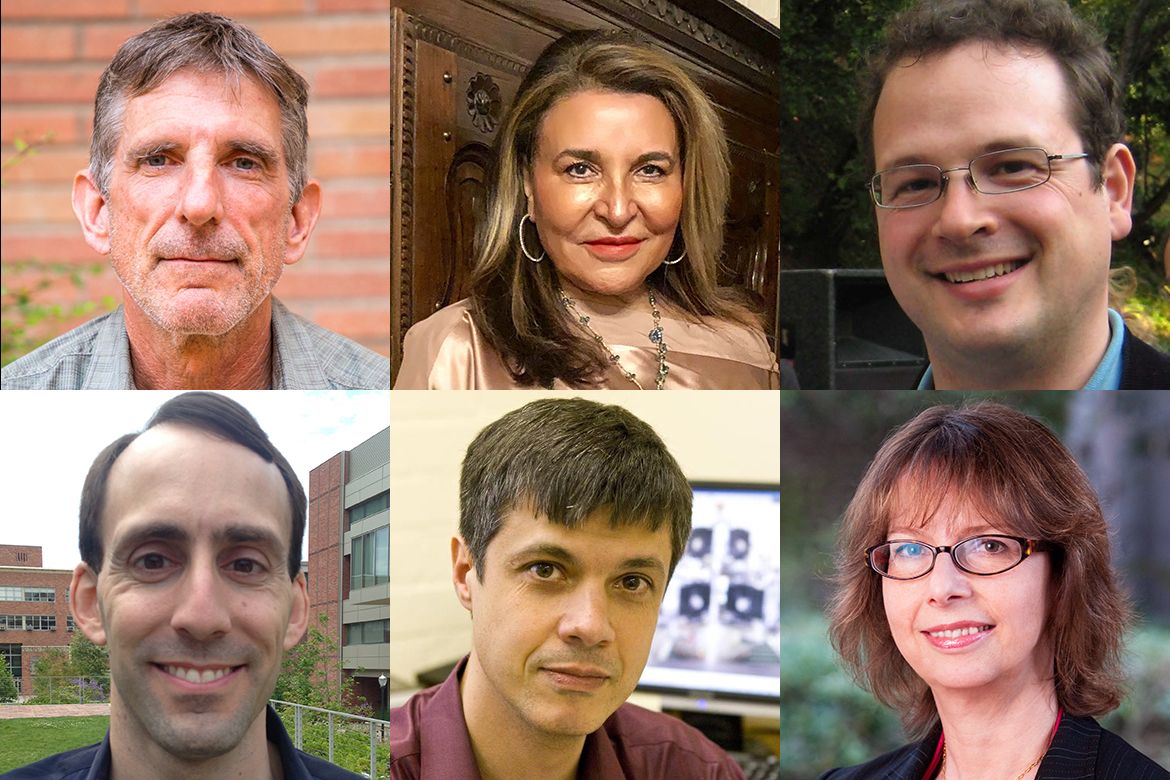 The UCLA Division of Physical Sciences will honor scientific excellence and commitment to education during the inaugural Centennial Awards celebration on May 26. The online event, which will feature a special welcome from Chancellor Gene Block and UCLA alumnus and actor Kal Penn, will honor faculty and alumni who have made significant contributions to their fields and the UCLA community.

“Through world-class research, leadership, mentorship and teaching, these awardees have demonstrated the level of excellence and service that UCLA is known for,” said Miguel García-Garibay, dean of the physical sciences division. “Every day they better the world around them, from students to faculty colleagues to the commercial sector and public at large. We are proud to celebrate them as part of the physical sciences family.”

Below are this year’s faculty awardees, who were nominated by their department.

Excellence in Education Award, which recognizes a faculty member who makes a broad impact on classroom inclusivity and demonstrated learning excellence:

Leadership Award, which acknowledges a member of the physical sciences division who has made extraordinary contributions through their service to UCLA or the national and/or international academic communities:

Mentorship Award, which recognizes a faculty member who has demonstrated a commitment to and success in mentoring research students from diverse backgrounds:

Outstanding Discovery Award, which honors physical sciences faculty who are leading their research fields with contributions from the most creative, productive and talented students, postdoctoral research fellows and researchers:

The Centennial Luminary Awards are presented to alumni in recognition of their contributions to UCLA and a career that exemplifies the values of research and education. The award recipients are:

– Leopold Andreoli, who received his doctorate in atmospheric sciences in 1980, will receive the Atmospheric and Oceanic Sciences Luminary Award. Andreoli is a former Air Force colonel who led the development of critical intelligence technology.

– Amy Braverman, who received her master’s in mathematics in 1992 and her doctorate in statistics in 1999, will receive the Statistics Luminary Award. Braverman is principal statistician at the Jet Propulsion Laboratory in Pasadena. Her work focuses on the use of remote sensing data.

– Kirk Dunn, who received his bachelor’s in mathematics in 1983, will receive the Mathematics Luminary Award. Dunn is the chief operating office at Cloudera, where he uses his technology engineering, marketing, sales and management experience to oversee business operations.

– Myung Ki Hong, who received his bachelor’s in chemistry in 1959, will receive the Chemistry & Biochemistry Luminary Award. Known for his expertise in resin and coatings, Hong founded Dura Coat Products in 1986.

– Nathan Myhrvold, who received his bachelor’s in mathematics and his master’s in geophysics and space physics in 1979, will receive the Earth, Planetary and Space Sciences Luminary Award. Myhrvold is a prominent scientist, technologist, inventor, author and food photographer.

– Howard Preston, who received his bachelor’s in physics in 1965 and his doctorate in physics in 1974, will receive the Physics and Astronomy Luminary Award. Preston is president of Preston Cinema Systems, a motion picture camera equipment company based in Santa Monica.

– Benedict Schwegler, who received his doctorate in environmental science and engineering in 1999, will receive the Environment and Sustainability Luminary Award. Schwegler is currently chief scientist at Engie China Research Lab and an adjunct professor at Stanford University.

In addition, the Centennial Visionary Award will be presented to Mani Bhaumik, whose time as a postdoctoral researcher at UCLA led him to become one of the physical sciences division’s strongest supporters.

This article, written by Max Gordy, originally appeared in the UCLA Newsroom.