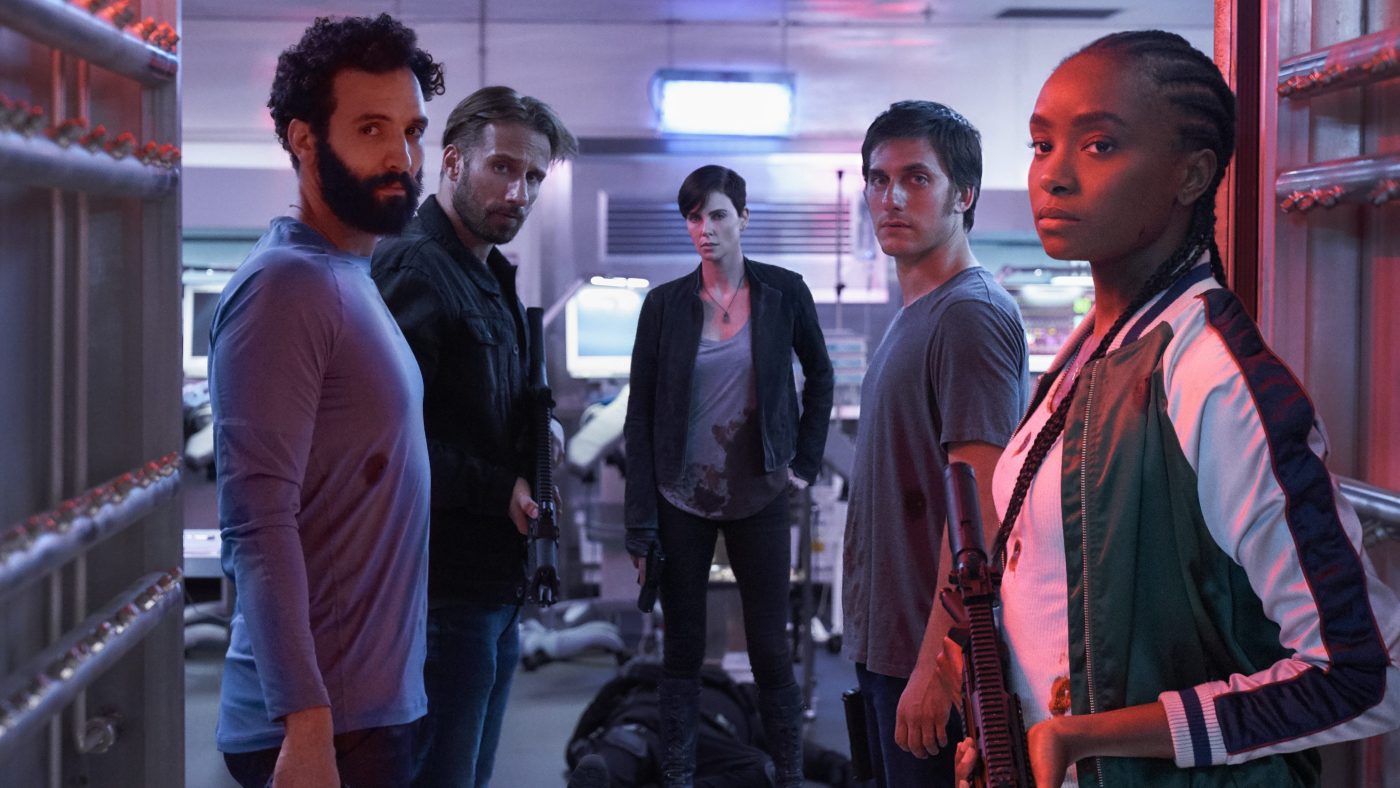 Netflix action-thriller “The Old Guard,” directed by UCLA alumna Gina Prince-Bythewood, featured a cast that was 50% minority. The series landed in the top 10 streaming charts for all racial groups — No. 6 for Asian and Latino households, No. 5 for Black households and No. 9 for white households. (Photo Credit: Aimee Spinks)

– Of the top 185 films of 2020, more than half were released via streaming platforms only.

– Of the films that had a theatrical release, minority audiences accounted for the bulk of ticket purchases.

– Films with casts that were at least 21% minority enjoyed the highest online viewing ratings among all racial groups in the all-important 18–49 age category.

– Women and people of color gained ground in all job categories tracked by the report: lead actors, total cast, writers and directors.

– People of color and women are still underrepresented as film writers and directors and typically helmed lower-budget films.

Every industry felt the weight of the pandemic in 2020, and Hollywood was no exception. Business shutdowns and physical distancing efforts around the world wreaked havoc on box-office revenue and upended long-held film release strategies.

Like everyone, Hollywood studios had to get creative in 2020. UCLA’s latest Hollywood Diversity Report, published today by the UCLA College Division of Social Sciences, shows that 54.6% of the top films of 2020 were released solely via streaming subscription services, a major departure from business as usual.

More than half of U.S. adults reported that their viewing of film and series content via online subscription services increased during 2020, according to the Motion Picture Association’s latest findings referenced in the report. The global home and mobile entertainment market increased to a record $68 billion over the course of 2020, up 23% from the $55.9 billion in 2019. The U.S. share of this global market stood at nearly 44% in 2020. Latino and Black adults, in particular, consumed online content at higher levels than other groups.

The film installment of this year’s Hollywood Diversity Report tracks the top 185 films of 2020, breaking down performance by box-office revenue for theatrical releases and, new for this year, Nielsen ratings for streaming films.

“We’ve been systematically looking at these key job categories and comparing the representation of women and people of color to the all-important bottom line for eight years, and it’s encouraging to see skyrocketing numbers this year in front of the camera,” said Darnell Hunt, dean of the UCLA College Division of Social Sciences and the report’s co-author. “This was a very interesting year to track the nimbleness of industry efforts to deliver content to audiences, who grow increasingly racially diverse each year and who it’s clear were eager to enjoy films in new ways, despite disruptions caused by the pandemic.”

UCLA’s Hollywood Diversity Report is the only study of its kind to incorporate analysis of how top films perform among different racial groups, comparing the diversity of casts, directors and writers with the diversity of American audiences.

For streaming platforms, films featuring casts that were 21% to 30% minority had the highest ratings among white, Black, Latino and Asian households and viewers 18–49.

For the first time since the report launched in 2014, people of color were represented in the lead actor and total cast categories at levels proportionate to their presence in the American populace — 39.7% and 42%, respectively. People of color make up 40.3% of the U.S. population.

The analysis of 2020 films also looked at the correlation between directors’ and casts’ racial and gender diversity.

In 2020, nearly all of the films with a female director also featured a female lead (94.7%). Films directed by minorities had the highest level of cast diversity. And 78.3% of films directed by people of color featured minority leads.

However, the report notes, there are still relatively few examples of women and people of color running the show on big-budget films, those marketed to the broadest audience.

“Our report finds that women directors and directors of color have overwhelmingly diverse productions,” said Ana-Christina Ramon, the report’s co-author and the director of research and civic engagement for the division of social sciences. “However, these films often have smaller budgets than those helmed by male directors and white directors. So, in a year where more diverse productions were made more accessible to larger audiences through streaming services, the contrast is stark as to what types of films have the big budgets. There is a clear underinvestment of films made by, written by, and led by women and people of color.”

Along those same lines, films with minority leads and writers of color also trended toward lower budgets, the report found.

– Among white, Black and Middle Eastern or Northern African actors, women were significantly underrepresented in the top films of 2020, compared to men from those groups.

– Among Latino, Asian, multiracial and Native actors, women either approached parity with their male counterparts or exceeded it in films of 2020.

– The most underrepresented groups in all job categories, relative to their presence in the U.S., are Latino, Asian and Native actors, directors and writers.

The current report includes 10 years of data, making UCLA’s Hollywood Diversity Report the longest-running, consistent analysis of gender and racial diversity in the film industry. TV industry data, part two of the now biannual report, will be released in September 2021.