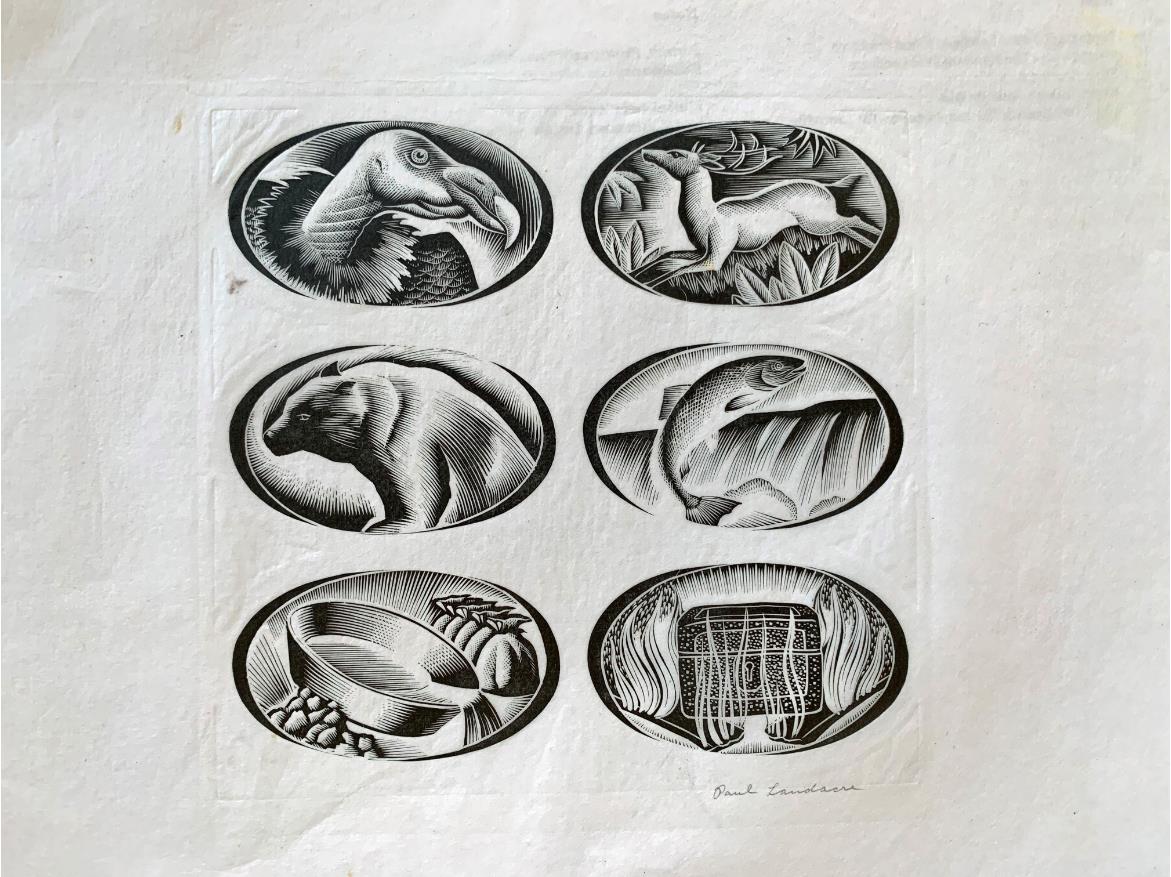 The gift adds to the Clark Library’s existing Landacre collection, the majority of which was donated by Landacre’s brother Joseph in 1986 and 1991. The library holds artwork, books, manuscripts, correspondence, blocks and tools related to Landacre.

Robert Crisell called Landacre “the first artist from Southern California to be recognized across America for his achievements.

“The more we did our research on the legacy of Paul Landacre, the more we felt an obligation to make certain that the bulk of the ephemera was made available to the public for future generations for research and to further the memory of him and his work,” Crisell said. “During a career that spanned nearly four decades, Landacre was praised by the most respected people in printmaking. In 1939, John Taylor Arms, president of the American National Committee of Engraving, referred to him as ‘America’s number one wood engraver.’”

Included in the newly donated archive are numerous proofs and drawings that allow scholars to understand Landacre’s working methods, alongside personal items such as blue ribbons he won for his work at the Los Angeles County Fair and portfolio cases he used during his lifetime.

“We are excited to receive this generous gift from the Crisells,” said Nina Schneider, rare books librarian at the Clark, which is located in Los Angeles’ West Adams neighborhood. “Scholars and admirers of Paul Landacre’s work now have the opportunity to study more of his working methods and techniques while expanding the context of the art of wood engraving. We look forward to being able to make this collection available to researchers.” 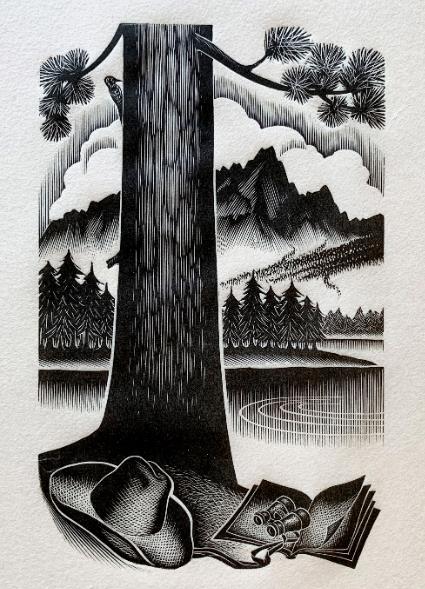 Born in Columbus, Ohio, in 1893, Landacre attended Ohio State University as a horticulture major, but a mysterious infection left him partly paralyzed and cut short his academic career. He moved to Southern California in 1916, where he began working as a commercial illustrator. From 1923 to 1925, he attended the Otis Art Institute, where he returned to teach for 10 years until his death in 1963.

“There is so much more to know about this underappreciated artist that we thought the only choice for this important part of his legacy was to donate it to the Clark Library, to not only supplement the archival materials on this artist they already own but to allow future scholars to fill in missing pieces of his life and work,” Crisell said.

Landacre’s skill at wood engraving and linocut, particularly of natural and landscape subjects, was first recognized by the bookseller Jake Zeitlin. During the 1930s, Landacre produced editions of single prints, and illustrations for books published mostly by local fine presses. Increasing commissions for book illustrations from about 1942 drew his attention away from art prints. The most notable books containing his work are “California Hills” (1931), “The Boar and Shibboleth” (1933), “De Rerum Natura” (1957) and “On the Origin of Species” (1963).

The Crisells started collecting Landacre materials after becoming interested in American prints of the period between World War I and World War II. After collecting several important prints by Landacre and other artists, they said they felt fortunate to acquire the entire Landacre collection originally started in 1966 by Patricia Adler Ingram.

In election salon, UCLA faculty discuss how to protect the right to vote
Scroll to top