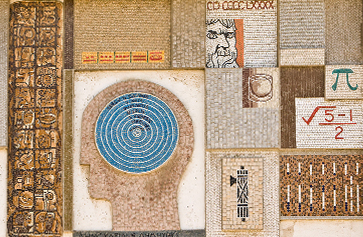 UCLA’s Institute for Pure and Applied Mathematics, through which mathematicians work collaboratively with a broad range of scholars of science and technology to transform the world through math, has received a five-year, $25 million funding renewal from the National Science Foundation, effective Sept. 1.

The new award represents the latest investment by the NSF, which has helped to support IPAM’s innovative multidisciplinary programs, workshops and other research activities since the institute’s founding in 2000.

“The continued NSF funding will enable IPAM to further its mission of creating inclusive new scientific communities and to bring the full range of mathematical techniques to bear on the great scientific challenges of our time,” said Dimitri Shlyakhtenko, IPAM’s director and a UCLA professor of mathematics. “We will be able to continue to sponsor programs that bring together researchers from different scientific disciplines or from different areas of mathematics with the goal of sparking interdisciplinary collaboration that continues long after the IPAM program ends.”

Mathematics has become increasingly central to science and technology, with applications in areas as diverse as search engines, cryptography, medical imaging, data science and artificial intelligence, to name a few, Shlyakhtenko said. Future developments, from sustainable energy production to autonomous vehicles and quantum computers, will require further mathematical innovation as well as the application of existing mathematics.

IPAM’s goal is to foster interactions between mathematicians and doctors, engineers, physical scientists, social scientists and humanists that enable such technological and social progress. In the near future, for example, IPAM will be partnering with the new NSF Quantum Leap Challenge Institute for Present and Future Quantum Computation, which was launched in July with a five-year, $25 million award to UC Berkeley, UCLA and other universities.

Over its two decades of existence, IPAM has helped to stimulate mathematical developments that advance national health, prosperity and welfare through a variety of programs and partnerships that address scientific and societal challenges. Its workshops, conferences and longer-term programs, which last up to three months, bring in thousands of visitors annually from academia, government and industry.

IPAM also helps to train new generations of interdisciplinary mathematicians and scientists and places a particular emphasis on the inclusion of women and underrepresented minorities in the mathematics community.

In addition to the IPAM funding, the NSF recently announced five-year awards to five other mathematical sciences research institutes.

“The influence of mathematical sciences on our daily lives is all around us and far-reaching,” said Juan Meza, director of the NSF Division of Mathematical Sciences. “The investment in these institutes enables interdisciplinary connections across fields of science, with impacts across sectors of computing, engineering and health.”

UCLA professors of biology and chemistry honored as 2017 Packard fellows

How conspiracy theories emerge – and how their storylines fall apart

Babies Know the Difference between the Laughter of Friends and Strangers

Teo Ruiz: Amid uncertainty and adversity, we can find strength in beauty