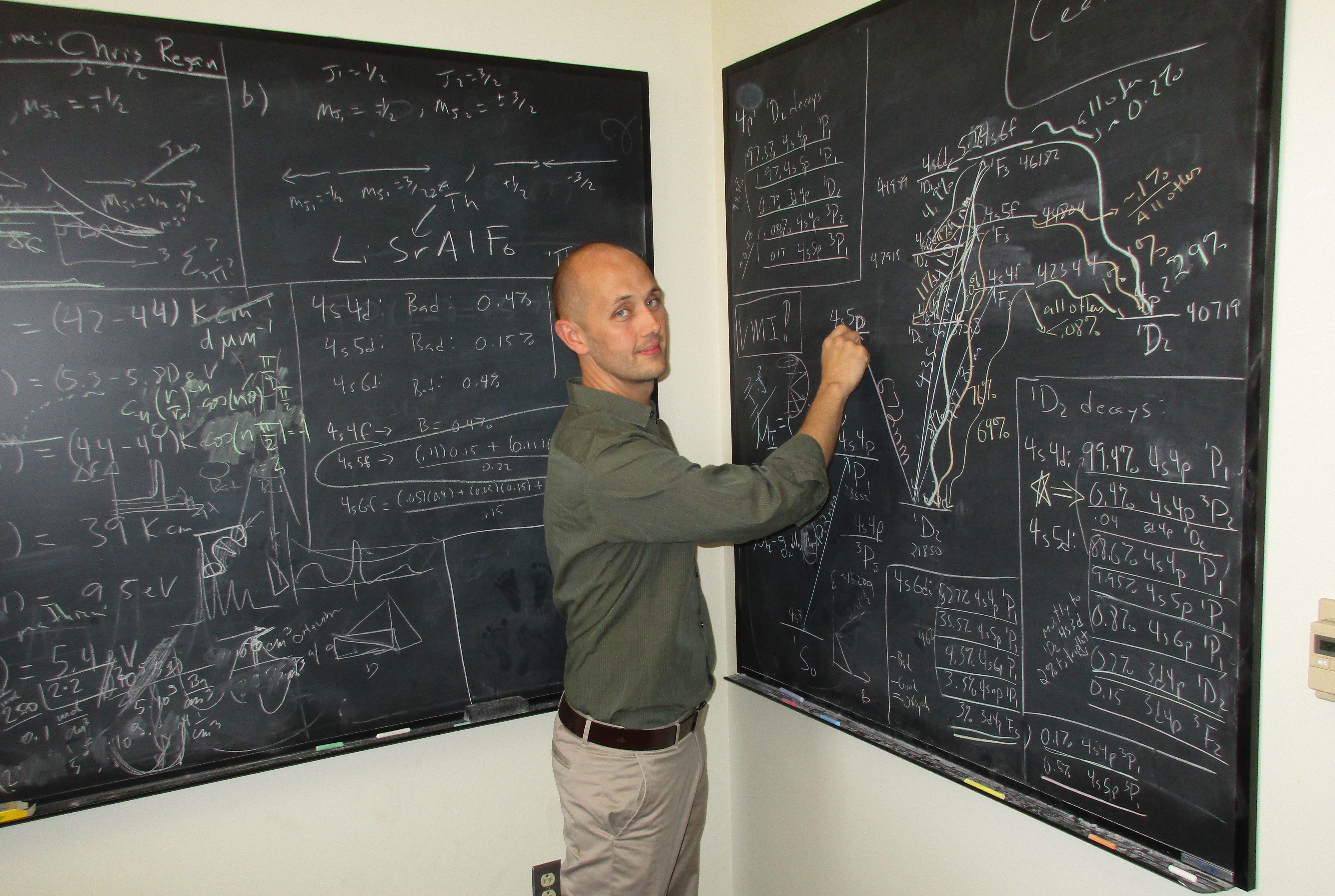 The National Science Foundation today announced a five-year, $25 million award to UC Berkeley, UCLA and other universities to create the NSF Quantum Leap Challenge Institute for Present and Future Quantum Computation. The institute will work to overcome scientific challenges to achieving quantum computing and will design advanced, large-scale quantum computers that employ state-of-the scientific algorithms developed by the researchers.

Unlike conventional computers, quantum computers seek to harness the mysterious behavior of particles at the subatomic level to boost computing power. Once fully developed, they will be capable of solving large, extremely complex problems far beyond the capacity of today’s most powerful supercomputers. Quantum systems are expected to have a wide variety of applications in many fields, including medicine, national security and science.

“Scientific problems that would take the age of the universe to solve on a standard computer potentially could take only a few minutes on a quantum computer,” said Eric Hudson, a UCLA professor of physics and co-director of the new institute. “We may get the ability to design new pharmaceuticals to fight diseases on a quantum computer, instead of in a laboratory. Learning the structure of molecules and designing effective drugs, each of which has thousands of atoms, are inherently quantum challenges. A quantum computer potentially could calculate the structure of molecules and how molecules react and behave.”

If quantum computers were available today, they might be able to better reveal how the new coronavirus binds to human cells, for example, and indicate how that process could be disrupted, noted Hudson, who is also co-director of UCLA’s Center for Quantum Science & Engineering.

The new NSF institute — which includes six other universities, three of them in California — will be directed by UC Berkeley professor of physics Dan Stamper-Kurn.

“Quantum technologies could have a tremendous impact on jobs in California and the United States in the future, and a profound impact on our lives,” said UCLA Executive Vice Chancellor and Provost Emily Carter. “The new NSF Quantum Leap Challenge Institute for Present and Future Quantum Computation will lay the foundation for this high-tech future, and I am delighted that UCLA, the University of California and the National Science Foundation will play a major role in helping shape it.”

The institute will be multidisciplinary, spanning physics, chemistry, mathematics, optical and electrical engineering, computer science, and other fields and will include scientists and engineers with expertise in quantum algorithms, mechanics and chemistry. They will partner with outside institutions, including in the emerging quantum industry, and will host symposia, workshops and other programs. Research challenges will be addressed jointly through a process that incorporates both theory and experiment.

In addition to research, the institute will train graduate students for the quantum industry of the future. UCLA’s department of physics and astronomy is establishing a master’s program in quantum science and technology that will incorporate a variety of academic disciplines and offer students access to cutting-edge, world-class instrumentation. The institute also will advance education from high school through graduate school and plans to offer online courses that advanced high school students, as well as college students, can take.

“It’s as if a magnet, instead of pointing up or down, can be in more than one state at a time,” said Hudson who is a primary investigator on a three-year, $2.7 million Quantum Information Science Research Award given by the U.S. Department of Energy in 2018. “The magnet can be equally up and down at the same time.”

While quantum computers are likely to have an enormous impact on national and global economies and societies in the future, both Stamper-Kurn and Hudson emphasize that several critical scientific challenges remain.

“We still do not know fully what quantum computers do well,” Stamper-Kurn said, “and we face deep challenges that arise in scaling up quantum devices. The mission of this institute is to address fundamental challenges in the development of the quantum computer.”

The project will also include a partnership between UCLA’s Institute for Pure and Applied Mathematics and UC Berkeley’s Simons Institute for the Theory of Computing.

“A goal of these significant partnerships is to establish both institutes as the premier international centers for applied mathematics and quantum computer science,” Stamper-Kurn said.

“This new NSF institute is founded on the outstanding research contributions in theoretical and experimental quantum information science achieved by investigators from across the UC system through our multicampus California Institute for Quantum Entanglement,” said Theresa Maldonado, UC vice president for research and innovation. “The award recognizes the team’s vision of how advances in computational quantum science can reveal new fundamental understanding of phenomena at the tiniest length-scale that can benefit innovations in artificial intelligence, medicine, engineering and more.”

Hudson expressed gratitude to UCLA’s Carter; Miguel García-Garibay, dean of the UCLA Division of Physical Sciences; and Jayathi Murthy, the Ronald and Valerie Sugar Dean of UCLA’s Samueli School of Engineering, for their vision and continual support for quantum science and technology.

More information on NSF-supported research on quantum information science and engineering is available at nsf.gov/quantum.