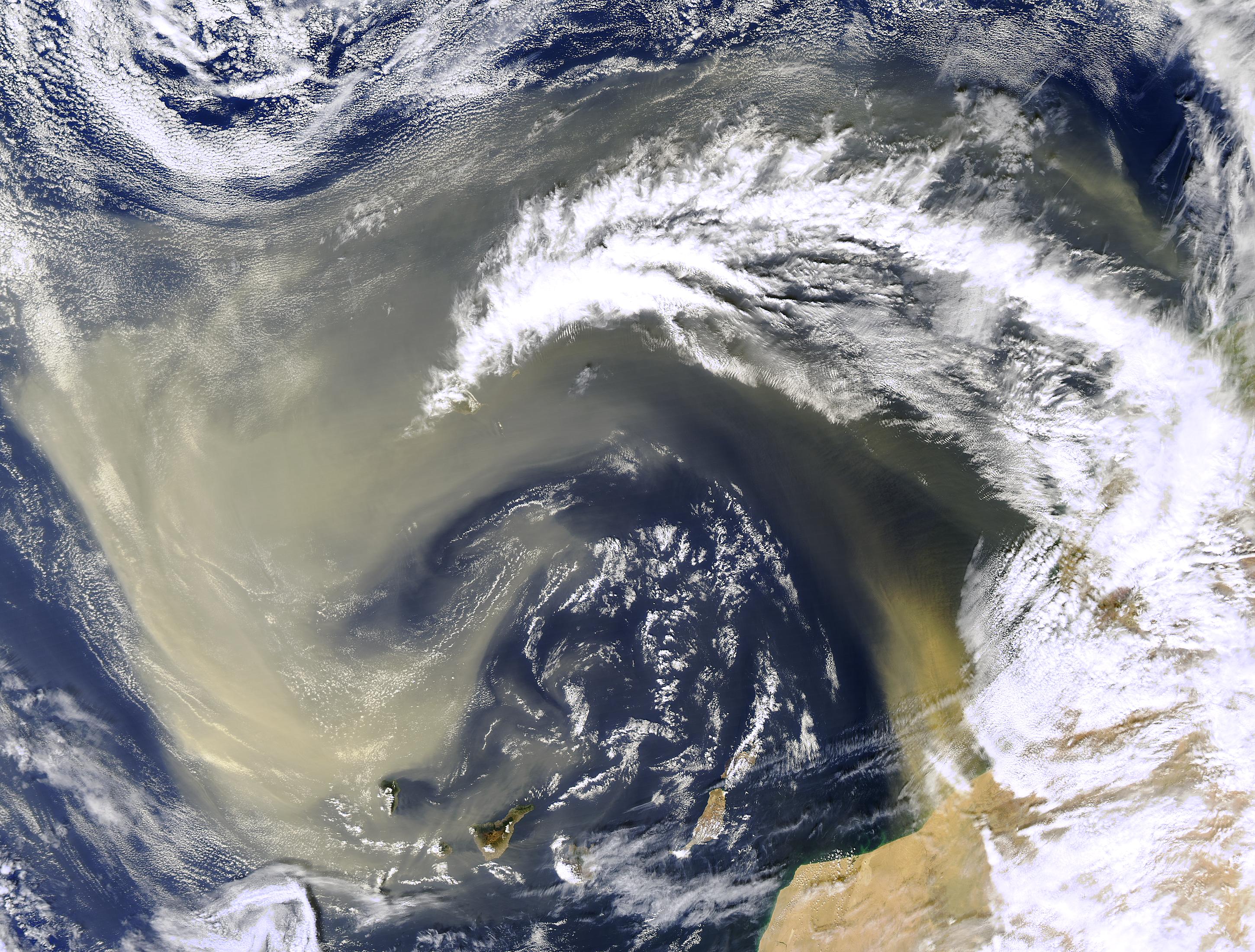 Dust is a key component of Earth’s climate system. When it interacts with clouds, oceans and the sun’s radiation, it has an overall impact on our planet’s living systems, affecting everything from weather and rainfall to global warming.

There are two types of dust in the atmosphere, both kicked up by high-velocity winds in dry areas. Fine dust tends to cool because it scatters sunlight, much like clouds do. Coarse dust, which is larger in size and originates in places like the Sahara Desert, tends to warm the atmosphere, much like greenhouse gases.

Knowing precisely how much coarse dust is in the atmosphere is essential for understanding not only the atmospheric phenomena that dust influences but also the degree to which dust may be warming the planet.

Now, UCLA scientists report that there is four times the amount of coarse dust in Earth’s atmosphere than is currently simulated by climate models. Their findings appear in the journal Science Advances.

The researchers found that Earth’s atmosphere contains 17 million metric tons of coarse dust — equivalent to 17 million elephants or the mass of every person in America put together.

“To properly represent the impact of dust as a whole on the Earth system, climate models must include an accurate treatment of coarse dust in the atmosphere,” said the study’s first author, Adeyemi Adebiyi, a postdoctoral researcher in UCLA’s Department of Atmospheric and Oceanic Sciences and a recipient of the University of California President’s Postdoctoral Fellowship.

By plugging this amount of missing coarse dust into models, Adebiyi said, it increases the likelihood that the net amount of dust overall — both fine and coarse — is warming rather than cooling the Earth’s climate system, from air to oceans.

Adebiyi worked with Jasper Kok, a UCLA associate professor of atmospheric and oceanic sciences, to determine the actual amount of coarse dust in the atmosphere by analyzing dozens of published aircraft-based observations, including recent measurements taken over the Sahara Desert, and comparing those with half a dozen widely used global atmospheric model simulations.

“When we compared our results with what is predicted by current climate models, we found a drastic difference,” Kok said. “State-of-the-art climate models account for only 4 million metric tons, but our results showed more than four times that amount.”

In addition, Adebiyi and Kok found that coarse dust leaves the atmosphere less quickly than current climate models predict. Air has a tendency to mix more turbulently when dust is present. In the case of the Sahara, air and dust mix in ways that push the dust upward, which can work against gravity and keep the dust in the air much longer, they said.

The scientists’ findings also show that because dust particles stay in the atmosphere longer, they are ultimately deposited further from their source than has been predicted by these models or explained by current theory. Dust particles blown from the Sahara, for example, can travel thousands of miles in the atmosphere, reaching as far as the Caribbean and the United States.

When desert dust ends up in oceans, it may stimulate the productivity of ocean ecosystems and increase the amount of carbon dioxide absorbed by the oceans.

Due to the way coarse dust interacts with the sun’s energy and clouds, it can also have a major impact on the timing of precipitation, as well as how much, or how little, rain falls.

“Models have been an invaluable tool for scientists,” said Adebiyi, “but when they miss most of the coarse dust in the atmosphere, it underestimates the impact that this type of dust has on critical aspects of life on Earth, from precipitation to cloud cover to ocean ecosystems to global temperature.”