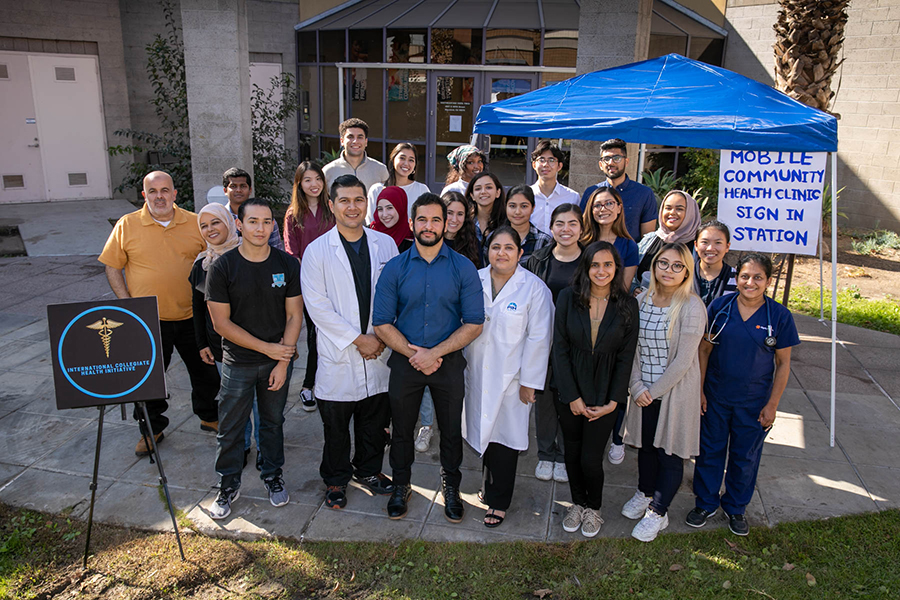 On a sunny autumn Saturday at the Southeast-Rio Vista YMCA in the city of Maywood, kids colored drawings and played Jenga while their parents and other family members underwent basic health screenings conducted by volunteer nurses.

After their bloodwork and other tests were done, the people met with doctors from medical centers in southeast Los Angeles County to discuss their results. Aided by Spanish-language translators, the doctors also gave advice about everything from medications to old injuries — anything the patients wanted to know.

The free event, attended by about 40 community members plus their children, was the first mobile community health clinic hosted by the International Collegiate Health Initiative. Founded two years ago by UCLA junior psychobiology major Ahmad Elhaija, the initiative aims to increase access to affordable, high-quality medical care in low-income and refugee communities in Los Angeles through mobile community health clinics and social advocacy.

“I thought, what can we do here that’ll make a big impact, where we can affect the statistics of a community, their health outcomes?” he said.

Elhaija drew inspiration for the project from two aspects of his youth in Anaheim — growing up frequently sick without consistent health insurance and his volunteer work assisting Arab and Muslim refugees.

Given the need for this kind of service, Elhaija applied for the annual Donald A. Strauss Foundation scholarship to help implement his vision. Each year, the Strauss Foundation awards 10 to 15 students from across 14 California colleges a $15,000 scholarship which is divided between the student’s educational costs and a grant for the public service project they propose in their application.

Elhaija was the only UCLA student to win the $15,000 scholarship in 2019. In 2018, two UCLA students won the Strauss scholarship; their projects helped transfer students prepare for doctoral programs, and provided therapy and support for K-12 students who stutter. 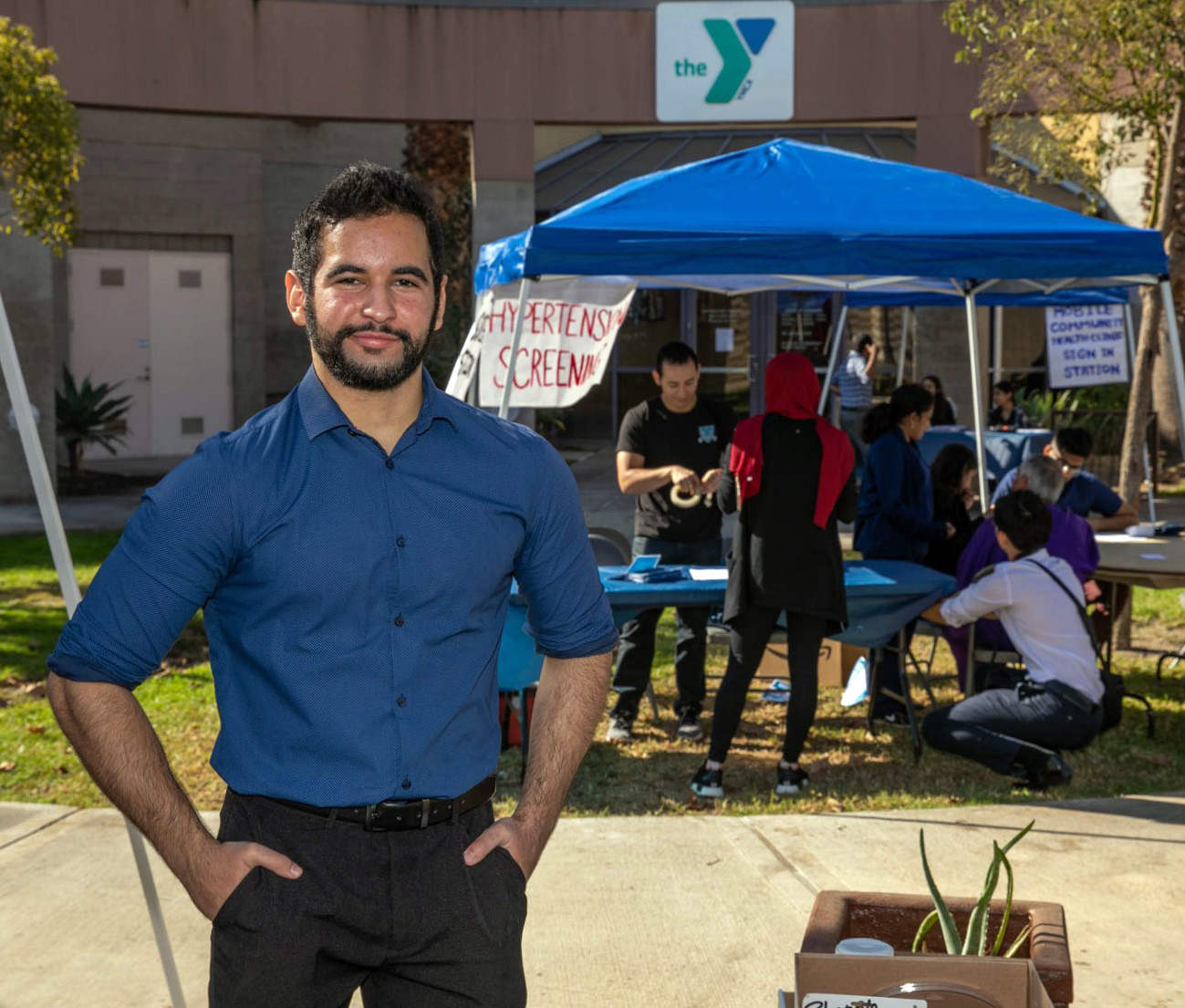 As part of the scholarship, Elhaija was assigned a mentor to advise him on his project. Elhaija’s mentor, Marc Anthony Branch, is a program officer for sustainable development for the United Methodist Committee on Relief and an expert in grant writing. Elhaija relied on Branch’s knowledge to improve his grant writing skills.

“I set him up with my grant-writing team, and he was really pivotal in actually getting us moving forward,” Elhaija said. “Before him, we didn’t really have much progress in grant writing, so having him on board and him giving his expertise was really cool. He knows what grant-giving organizations are looking for and he has some good contacts in that realm as well.”

Growing up in a low-income neighborhood in Anaheim, Elhaija was frequently sick from asthma and a rare blood disorder called cyclic neutropenia. His family didn’t always have health insurance, and although they worked hard to support and care for him, they were often left with high hospital bills.

While his family’s difficulty navigating his health care opened his eyes to the importance of providing affordable care, as a teenager Elhaija also volunteered at the nonprofit Access California Services, which provides support and resources to Arab and Muslim refugees in Anaheim. He said that volunteering with the organization and seeing the services for refugees that were still lacking inspired him to think of ways he could help.

So when Elhaija got to UCLA in 2017, he formed the International Collegiate Health Initiative with the goal to provide medical care to refugees in countries like Syria and Palestine. Through his volunteer work and visiting his own family in the Middle East, Elhaija learned that college campuses would be the safest places to provide medical services in the region.

However, finances and logistics made it more productive for Elhaija to focus his efforts on refugee and low-income communities closer to home. So he switched the initiative’s focus to offering mobile community health clinics in southeast Los Angeles.

The initiative is managed by a team of 20 students, a board of directors and professional advisers who offer guidance and medical services for the clinics. The clinic in Maywood, held on Nov. 16, was the organization’s first mobile health clinic. Another is planned for the city of Bell in February.

The ICHI’s ultimate goal is to raise enough money for a mobile clinic van, and to expand to other cities in California or even overseas.

“The idea is that we could have our full blown mobile clinic running in the fall of next year, where we can provide basically every type of care that a standard clinic can provide,” Elhaija said.