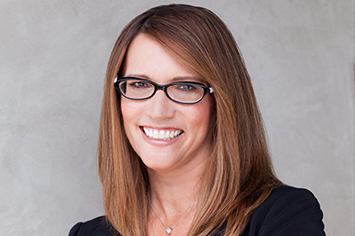 As the nation heads into another contentious presidential campaign, what will drive people’s choices? What sacrifices are Americans willing to make to see their preferred politicians take office and their policy preferences take hold?

UCLA political science professors Lynn Vavreck and Chris Tausanovitch plan to tackle those questions through the 2020 election with an ambitious data-gathering and analysis project called Nationscape. The effort is a partnership with the Washington, D.C.-based Democracy Fund, and the surveys are being fielded by Lucid, a New Orleans-based market research firm.

Every week until the end of 2020, Nationscape will survey 6,250 Americans, asking them to choose between two groups of policy positions and political attributes, among hundreds of other questions.

What makes Nationscape unique is the way it asks respondents to make choices. The survey includes 41 different policy statements and eight hypothetical attributes of potential candidates, all of which are randomized to appear in two sets of issues that voters must choose between. For example, respondents could be asked to choose one of the following sets of statements:

Each bundle of policies and outcomes could contain views that respondents disagree with, mixed with ideas they favor, but Vavreck said posing the questions that way will give researchers a better sense of what really makes the electorate tick.

“We designed the project to learn what people’s priorities are when they are forced to choose among states of the world they want to live in,” she said. “This will help us sort out what is really important to people who, in traditional surveys, tell us they ‘strongly agree’ with all sorts of issues. That response doesn’t really tell us how people will vote if a choice has to be made, and voting is all about making a choice.”

Researchers will share insights and analysis from the surveys regularly throughout election season on Nationscape’s website. By November 2020, the team will have completed a half million interviews — including at least 1,000 interviews in every congressional district.

“Our measurement approach, coupled with the massive scope of the project, will allow us to track both attitude change and shifts in the impact or importance of issues and candidate traits over time and space,” Vavreck said.

Data gathering began in late July. Among the initial findings: Even when Democrats and Republicans agree that children shouldn’t be separated from their parents at the southern border, that there should be a pathway to citizenship for people brought to the U.S. as children, or that the size of the military should be preserved, Democrats are more likely than Republicans to concede on the other issues to preserve their preferred stances on immigration issues, while Republicans are more likely to make tradeoffs to preserve the military.

The results also hint at how people’s priorities change — or don’t — in relation to current events. For example, Vavreck said, few people changed their opinions about the need for universal background checks for gun purchases after the mass shootings in El Paso, Texas, and Dayton, Ohio.

“But the importance of that issue changed quite a bit,” she said. “It became significantly more important to people in choosing policy packages after the shootings, even though only about 1.8 percent of them changed their positions on the issue.”

Vavreck is the co-author of critically acclaimed books about the two most recent presidential elections, “The Gamble: Choice and Chance in the 2012 Presidential Election” and “Identity Crisis: The 2016 Presidential Campaign and the Battle for the Meaning of America.” She is UCLA’s Marvin Hoffenberg Professor of American Politics and Public Policy.

Tausanovitch, an expert on political representation, is the co-principal investigator — along with Chris Warsaw of George Washington University — of the American Ideology Project, which characterizes the conservativism and liberalism of states and voting districts through a 275,000-person survey.

Tausanovitch combed through studies, programs and policies to develop the lists of scenarios that respondents are confronting in the Nationscape surveys. He’s interested in the tradeoffs people are willing to make based on their political leanings and where they come from.

“Data is already demonstrating to us the way people’s attitudes and priorities change in response to events taking place in the country and showing us how Democrats and Republicans prioritize things differently, even when they agree on policies,” Tausanovitch said. “This helps to explain how Americans agree on many things, but also illustrates that their priorities are different.”

The overarching goal of Nationscape is to engender more informed and productive political deliberations, said Joe Goldman, president of the Democracy Fund.

“Nationscape goes beyond horse race polls and battleground states and gets to the real issues that are driving voters and their decisions,” he said. “The unparalleled size and scope of this survey will help us understand how opinions differ across small geographic areas and groups of voters in a way that isn’t possible with traditional surveys, providing a deeper understanding of the electorate in this vital election.”

By the end of the election cycle, Nationscape will have reached people in every state and congressional district, America through Lucid’s platform.

“We were very eager to partner with the UCLA team and help apply their expertise on a scale that reflects the complexity of contemporary American politics,” said Patrick Comer, Lucid’s founder and CEO.