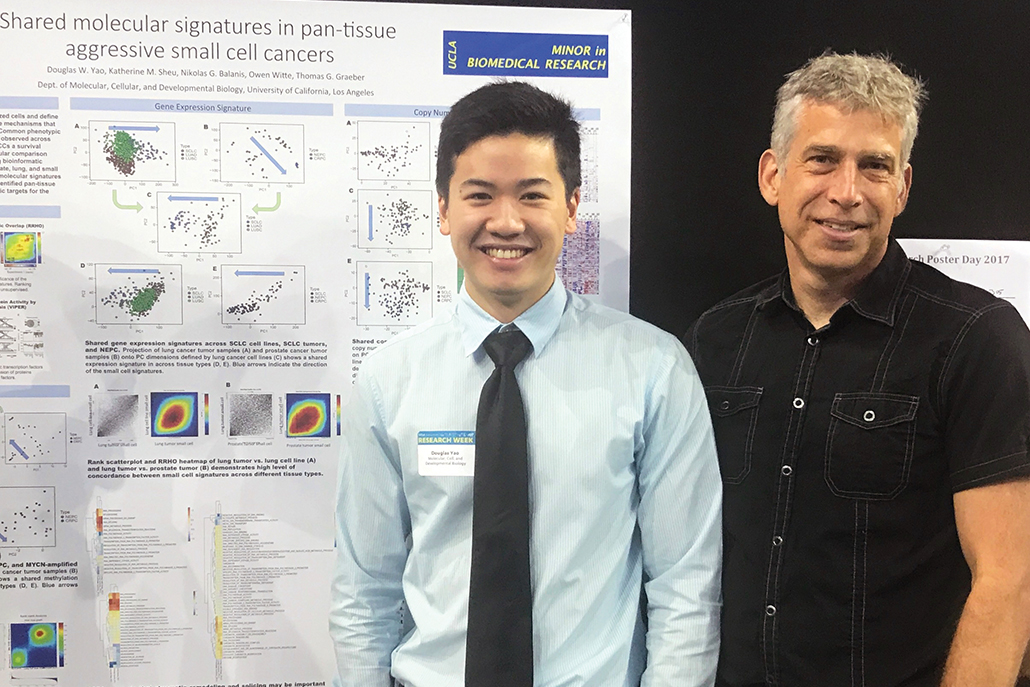 Douglas Yao discovered his passion for research as an undergraduate at UCLA. Now he’s embarking on a doctorate at Harvard in pursuit of his goal to run his own lab in the field of bioinformatics.

Yao, who graduated in June with a bachelor of science in molecular, cell and developmental biology, entered UCLA as a pre-med. Initially, he began working in labs on campus during his freshman year to prepare for applying to medical school, but he found that he enjoyed spending time in the lab so much that he wanted to make research his career.

Yao worked in four different labs throughout his undergraduate career as he homed in on the research topics that most interested him. Ultimately, his work in the labs of Thomas Graeber, professor of molecular and medical pharmacology, and Eleazar Eskin, assistant professor of computer science and human genetics, sparked a passion for the field of bioinformatics, in which scientists collect and analyze biological data.

“Bioinformatics brings together three disparate fields: biology, computer science and statistics,” Yao said. “I saw that as a good opportunity because there has to be a breed of scientist who knows all three subjects.”

This summer Yao began his first year in Harvard’s bioinformatics and integrative genomics Ph.D. program. He hopes to become a professor and run his own lab one day, a goal that he acknowledges would be much harder to reach if he hadn’t gotten his start at UCLA. Yao has seen how valuable the undergraduate research opportunities are at UCLA, and how they inspired and prepared him for his career ahead.

“If you don’t go to a big research school, it’s so much harder to get those research experiences,” he said. “I was really lucky to have picked UCLA because of the research environment.”

Conducting his own research not only taught him new skills such as how to analyze research papers and participate in scientific discussions, but also introduced him to the world of being a professional academic and researcher. He realized how much he loved learning.

“I don’t think there are a whole lot of careers that let you consistently learn every single day,” Yao said. “There’s so many interesting things out there in the world and we know so little. I think [research will] help me appreciate just how weird and amazing the world is.”

Narrowing the gap between physics and chemistry