For two decades, the field of queer studies has been thriving and evolving within the Humanities Division of the UCLA College. Now Alicia Gaspar de Alba, chair of what is currently known as LGBTQ studies, is ready to take the program to the next level by introducing a Ph.D. It would the first in the nation. 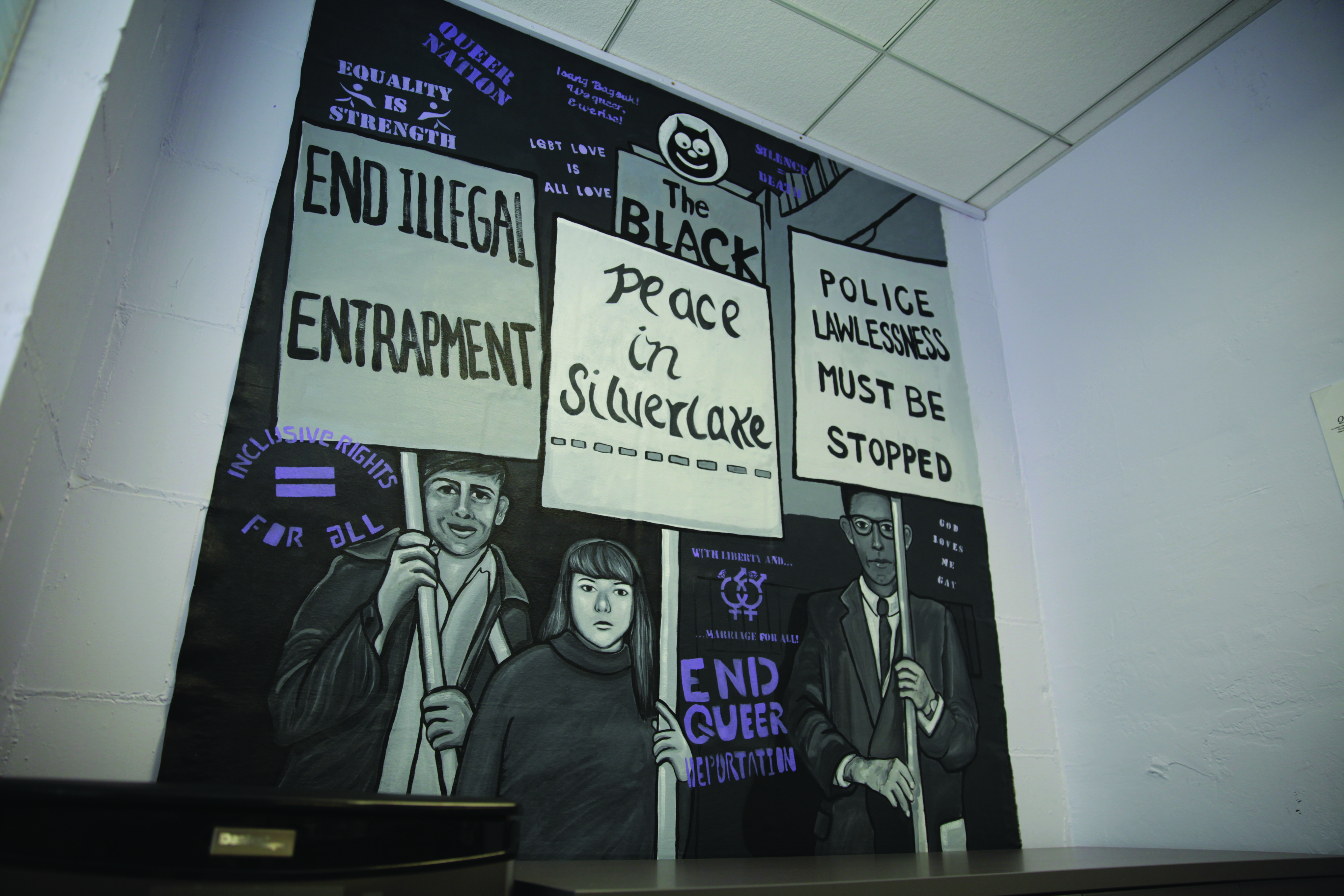 A mural depicting the 1967 LGBTQ rights protests outside the Black Cat Tavern in Silver Lake was installed in the LGBTQ Studies offices in Haines Hall in 2014.

“It’s great that we are still here, that we have survived, but now I’m ready to move forward,” said Gaspar de Alba, a professor of Chicana and Chicano studies. Her Ph.D. proposal is in the works and she is confident it will succeed – particularly because she was the architect of UCLA’s Ph.D. program in Chicana and Chicano studies. A concurrent proposal for changing the program from a freestanding minor to an interdepartmental program with 50 percent full-time faculty is also in progress.

Fall 2017 marks the 20th anniversary of the interdisciplinary program. The program was originally called Lesbian, Gay and Bisexual Studies in 1997, but soon after expanded to add the word Transgender.

Recently, faculty and students decided it was important also to add Queer to that title, catching up to the vernacular of the community. It is now formally known as Lesbian, Gay, Bisexual, Transgender & Queer Studies.

“It’s the most inclusive word, and absolutely about reclaiming the word ‘queer’ from a pejorative use,” said Gaspar de Alba, who began teaching at UCLA in 1994 and was among the first to participate in the Faculty Advisory Committee that launched the minor.

The formation of UCLA’s LGBTQ studies was championed by former UCLA professor of anthropology Peter Hammond and initially chaired by Jim Schultz, emeritus professor of Germanic languages. At the time it was one of a few but growing number of academic units in the country to examine the history, culture and challenges of queer individuals.

Other comparable programs exist, though at other universities many are housed within a women’s studies or gender studies department.

UCLA’s program has remained autonomous and unique. It was among the first in the country to host an annual graduate student conference, called QGrad. That conference changed in 2005 to a broader Queer Studies Conference. Since becoming chair in 2013, Gaspar de Alba has revived QGrad and added an undergraduate conference called QScholars, both of which are programmed, curated and produced by students under her mentorship. In 2015, the program launched an e-journal called Queer Cats Journal of LGBTQ Studies. 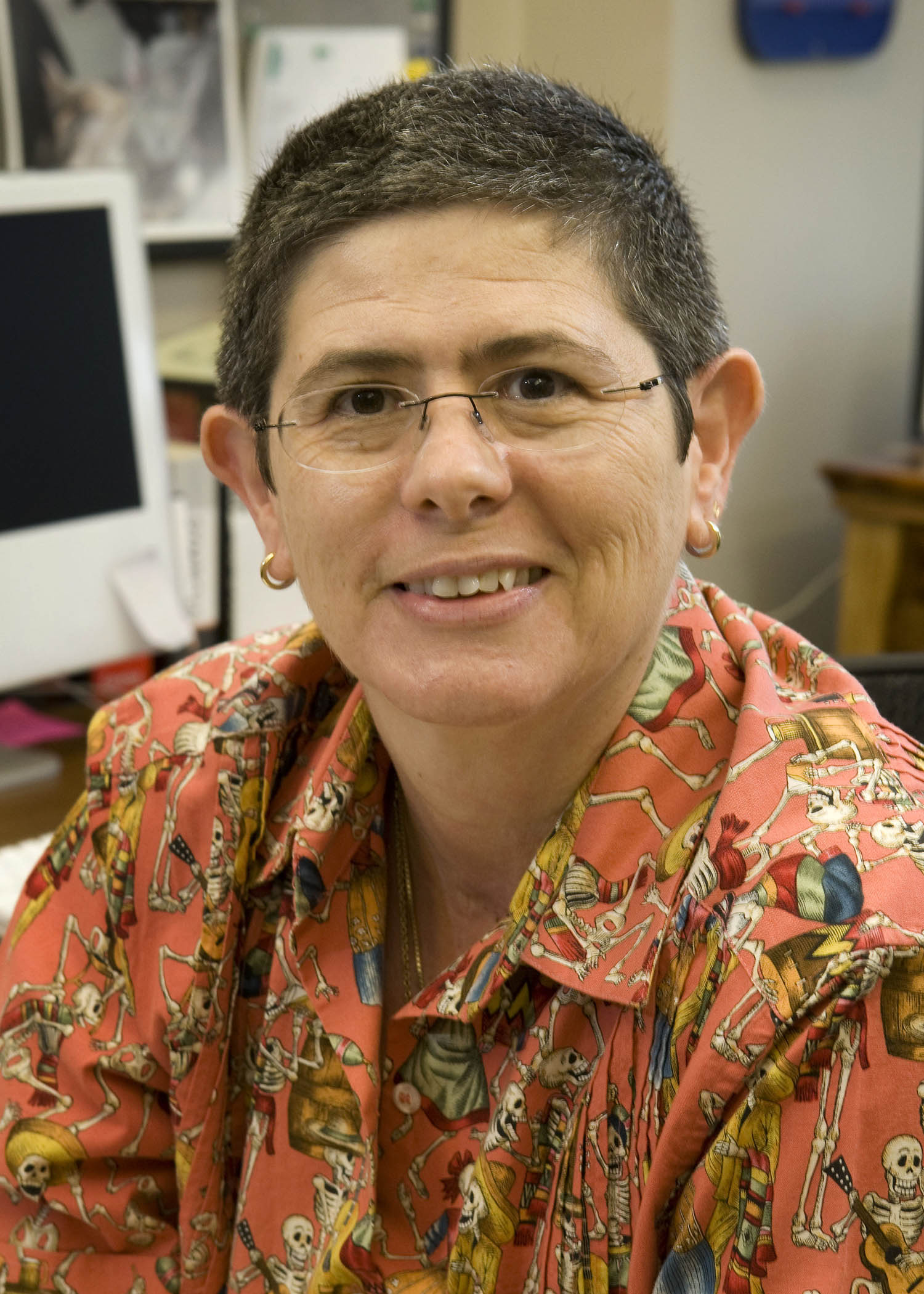 More than 120 students have graduated from UCLA with the LGBTQ minor. Exponentially more students have taken cross-listed LGBTQ courses as part of other majors.

Students pursuing the minor choose from relevant courses in a variety of humanities and social sciences departments – English, gender studies, Chicana/Chicano studies, history, sociology – as well as education, law, public policy, musicology and courses from within the Department of World Arts and Cultures and the School of Theater, Film and Television. The program annually hires several UCLA Ph.D. candidates to design new courses, which keeps the curriculum reflective of the issues of the moment.

The minor also requires students to participate in a service-learning course where they intern at local LGBTQ-focused nonprofits.

According to Gaspar de Alba, many former students have gone on to work at those nonprofits or have become journalists, filmmakers and artists. Some go on to pursue graduate degrees, while others aspire to law school and policymaking careers.

Many students join LGBTQ studies out of a desire to know more about the community with which they personally identify. In recent years more students who don’t identify as queer, but want to be allies, also elect to take courses or even commit to the minor, said Tomarian Brown, administrative manager for the program.

Schultz, who returns once a year to teach a section of the introductory course he originally created, said he hopes students take away from queer studies courses a more complex understanding of gender and sexual minorities, and the way those identities intersect with race and social status.

“I think it’s eye-opening,” he said. “Many students will talk about how these courses have opened up their thinking.”

First-year student Meredith Yates specifically chose to attend UCLA because of the LGBTQ studies program. She is the first in her family to leave her home of Virginia to study, and had never traveled outside of the South or East Coast before.

Yates, who volunteers as part of Project One, a team of UCLA students who mentor, befriend and advise queer high schoolers in Los Angeles, hopes to major in communication studies. She plans to return to the South and use her minor in LGBTQ studies to help spread awareness of existing and emerging resources for queer youth who might find themselves feeling isolated. She’s already learning a lot about queer history, she said.

“In the case of the queer rights movement of today, a lot of times we forget that the LGBT rights movement in the U.S., the people who brought it to light, were black and transgender and Latina, people who at the time had been pushed to the very bottom of society,” she said.

Honoring LA’s role in the movement

In the LGBTQ common spaces in Haines Hall there is a remembrance of Los Angeles’ role in fighting for those hard-won rights – and a reminder that the fight is ongoing – by way of a mural depicting the 1967 protests outside the Black Cat Tavern on Sunset Boulevard. It was created in 2014 by UCLA lecturer Alma Lopez and students from her “Queer Art in LA” course.

The mural depicts a scene from 50 years ago this year when members of the queer community and their allies gathered to formally protest the violent New Year’s Eve arrests of patrons of the Black Cat Tavern. These protests predate the well-documented Stonewall riots in Greenwich Village. 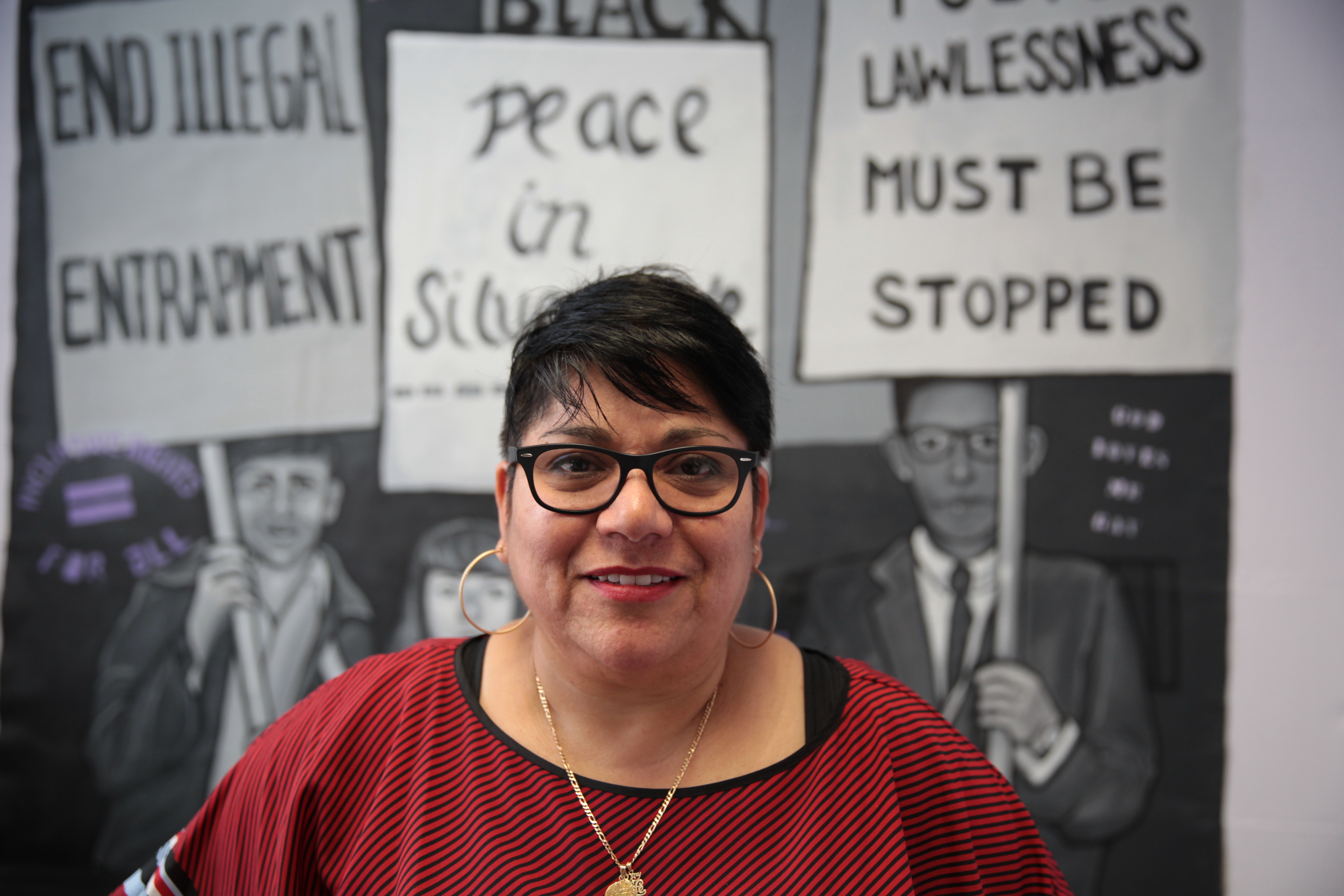 “Stonewall is seen as the birthplace of the movement,” Gaspar de Alba said. “But we’re here in LA and I wanted to commemorate that the movement for gay rights was actually happening here even earlier.”

of the challenges this community continues to face, Gaspar de Alba said. Nevertheless, they forge ahead with conviction as they

learn to think and write critically; to inquire, debate and attempt to understand opposing points of view; and to understand themselves.

“These spaces become sacred,” she said, especially for young students who are just coming out. “These classes become places where they can talk about their own lives and issues, but also truly learn to understand others.”

Technique for measuring and controlling electron state is a breakthrough in...