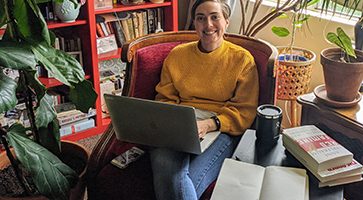 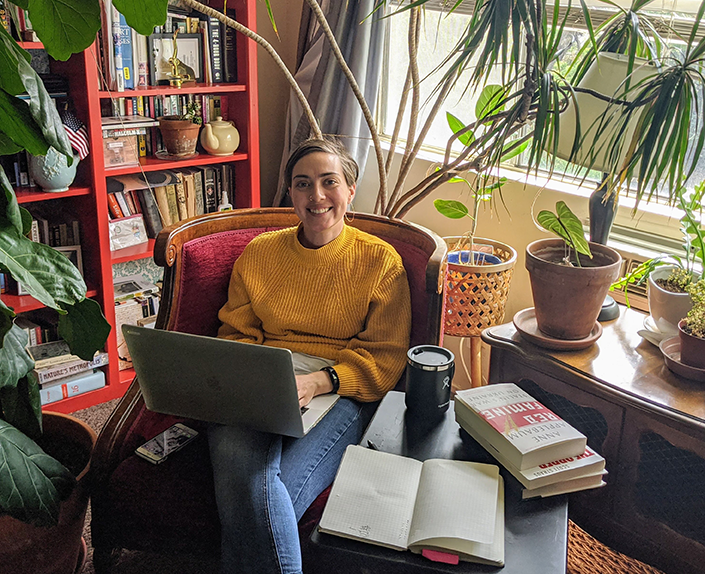 “When we look to the past, so often we are captivated by the stories of extraordinary individuals, who we want to serve as emblems of the period,” says Marissa Jenrich, a Ph.D. student in the Department of History whose work is supported by the Nickoll Family endowment. “But what I really love is when we focus on working class, everyday people — and when their stories make their way into the public imagination. History is the story of everyone, not just a remarkable few, and should be accessible to all.”

Narrowing her focus to 19th-century New York City, Jenrich seeks to give voice to the experience of these everyday women, especially how their lives were affected by the mechanisms of state power during one of the most turbulent eras in American history.

“It was a time of tremendous promise, but also tremendous constriction and fear before, during and after the Civil War. New York was not the bastion of liberty that we like to think of it today,” she says. “So much of New York’s economy was contingent on the slave trade that the mayor at the time, Fernando Wood, tried to get the city to secede. Obviously, Black New Yorkers had to walk a line between what rights they had in theory versus in reality.”

Guided by her advisor, Brenda E. Stevenson, the Nickoll Family Endowed Chair in History, Jenrich is particularly interested in exploring the tensions between Black women and the New York Police Department during an era of unprecedented systemic expansion as well as corruption.

“From the 1870s until 1894, the police force grew into an organization that many New Yorkers felt was abusive,” she says. “I agree with the assessment of one historian who described it as seeking to violently ‘over-control’ the population.”

Although this “over-control” affected all races, Jenrich found that Black women and men experienced excessive engagement with and harassment by police while being denied access to reform or rehabilitation programs frequently offered to their non-Black counterparts. This distinction echoed all the more in light of the 2020 murders by police of Breonna Taylor and George Floyd and the subsequent—and ongoing—protests.

“In some ways, it’s true that history is a conversation with the present, but we shouldn’t forget that today is not necessarily a carbon copy of the past, although there are similar undergirding impulses,” Jenrich says. “But until we understand the precedent of sentencing laws and the growth of the prison industrial complex and their roots in these earlier periods, we won’t be able to really reckon with some of the crises we see today, including the disproportionate numbers of women of color being incarcerated.”

“My partner was born in Mexico but grew up in the U.S. with no legal standing here as an undocumented student. I saw parallels between his experience and the tenuous legal status of Black women in New York City during the 19th century,” she says. “Bridging these similar experiences across space and time really brought the struggle to life for me, of people who had to say, ‘This is the only country I know, but at the same time I don’t have any rights here, so how do I navigate these systems and make them work for me the best way I can?’”