The UCLA College has announced the formal establishment of the UCLA Stavros Niarchos Foundation (SNF) Center for the Study of Hellenic Culture following a two-year campaign that raised an additional $4 million in external match funds.

The Center was initiated in October 2017 by a $5 million grant from the Stavros Niarchos Foundation (SNF). The additional matching funds include major gifts from George and Tina Kolovos, who established the George P. Kolovos Family Centennial Term Chair in Hellenic Studies, and from Demos and Carol Anagnos, who established the Aris Anagnos Family Chair in Hellenic Studies. 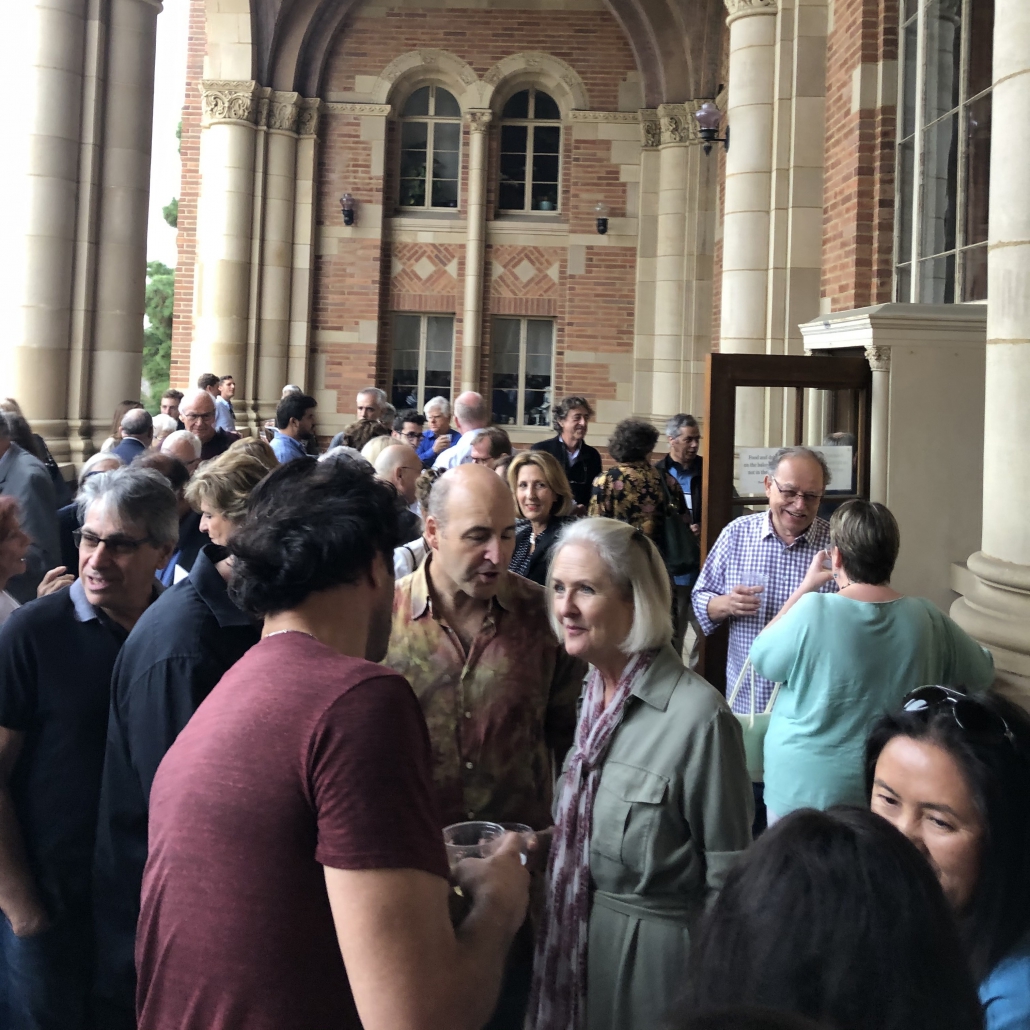 In addition, endowments have been created to support graduate students—a major priority of the UCLA SNF Center—as well as undergraduate scholarships, expansion of library holdings in Hellenic studies, and annual performing arts programs. Multiple gifts from members of the Hellenic community and Hellenic organizations indicate strong support and sustained interest in the establishment of a Center at UCLA.

Said Dean of Humanities David Schaberg, “I am immensely grateful to all those who have contributed their vision, leadership, and financial resources to help establish a permanent home for Hellenic studies at UCLA. This new center will help scholars shine a light on one of the world’s great cultures and its continued impact on society today.”

Led by Professor of Byzantine Art and Archaeology and inaugural holder of the Kolovos Chair Sharon Gerstel, the Center brings together scholars in areas including archaeology, anthropology, classics, Greek language, philosophy, art history, history, digital humanities, and the sciences. Gerstel, an award-winning scholar who has conducted research in Greece for more than 30 years, has been instrumental in establishing the Center’s long-term vision. Under her leadership, the Center has established courses in Modern Greek language and culture, strengthened connections with cultural and educational institutions in the United States, Greece and Cyprus, and forged partnerships with Hellenic organizations in Southern California.

“We are well on our way to establishing UCLA as the premier destination in the country for scholars and students of Hellenic studies while engaging the local Greek community in the Center’s activities and events,” Gerstel said. “Our work will ensure that the rich history, language and cultural heritage of Greece—from its earliest days until the Modern era—will be studied, discussed and presented for generations to come, not only to the university community, but also to the general public.”

Since its inception, the Center has become a vibrant cultural hub for the Los Angeles Hellenic community. Collaborations with UCLA’s Center for the Art of Performance and the Los Angeles Greek Festival have brought major artists to UCLA. The visiting professorship of the Greek film director Tassos Boulmetis introduced hundreds of UCLA students to the study of Greek cinema. The Center has also sponsored musical performances of rebetiko and is fostering the production of new works in theater and opera by local Greek and Greek American artists.

The Center’s initiatives like Kouvenda bring students and community members together for the study of Greek language and a new program Ergastirio, held in collaboration with The Ohio State University, initiates a series of conversations among academics, authors and cultural producers with the aim of promoting the practice of writing and teaching Greek America in the context of U.S. multiculturalism, the Greek diaspora, and European American culture and history. UCLA is also working with the prestigious Benaki Museum in Athens to create innovative programming, including at the Patrick Leigh Fermor House in Kardamyli, Greece, a cultural center housed in the late writer’s residence.

“Hellenic studies draws its vibrancy not only from Greece’s rich history, but also from the fact that its subject is living, lively, and global,” said Stelios Vassilakis, Chief of Programs and Strategic Initiatives at the Stavros Niarchos Foundation. “This is reflected in the amazing show of support from members of the Greek-American community whose donations made the creation of the Center possible. SNF is proud to have been able to help kick this off, and we look forward to seeing all that the Center will continue to offer the field, the communities of the Greek diaspora, and the public at large.”