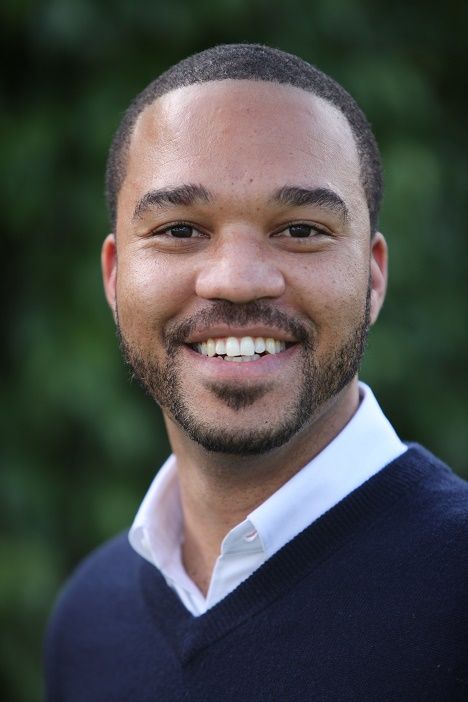 How is the Distinguished Alumni Speaker selected?

A committee, comprised of representatives from the College Faculty Executive Committee – including professors and students, reviews a list of notable alumni and provides the College with several recommendations. Speakers are then invited and scheduled according to their availability. 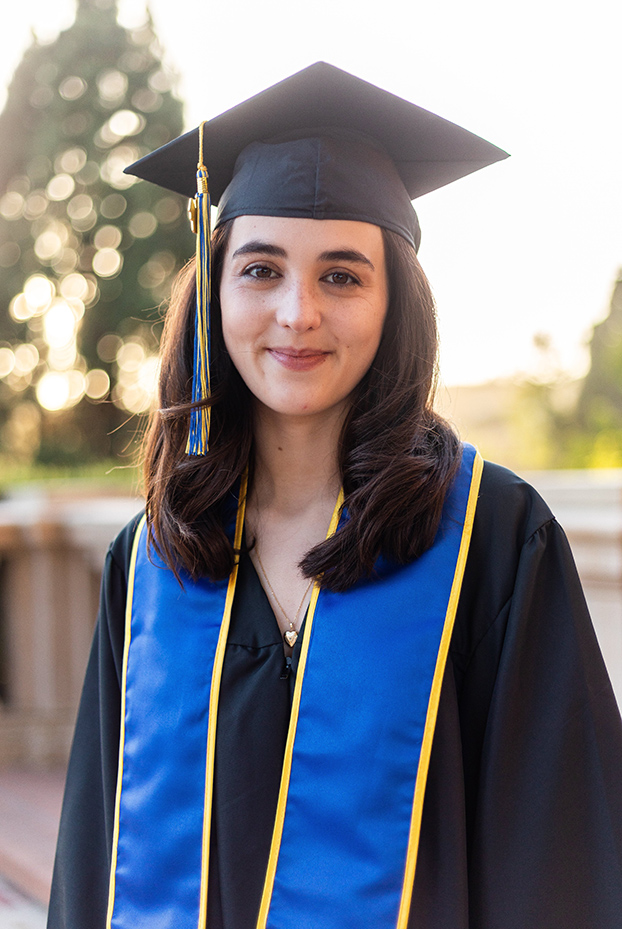 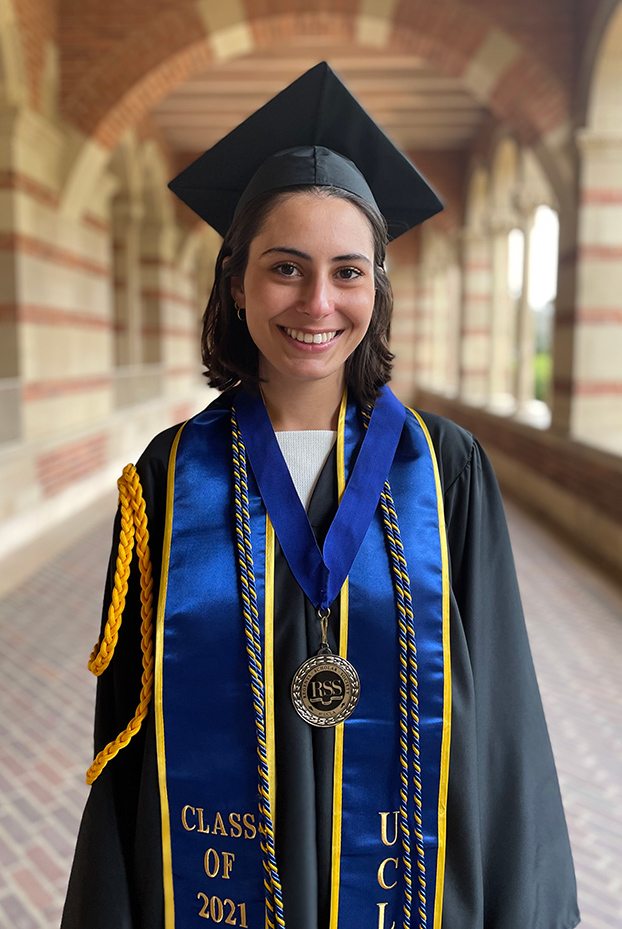 Rachel DuRose is a Political Science and Public Affairs student, who grew up in Orlando, Florida. While Rachel was originally drawn to UCLA because of her work as an actress and the school’s proximity to the film industry, she soon fell in love with the community she made and the mentorships she gained on campus.

Over the last four years Rachel has been involved with multiple student organizations, including Model United Nations at UCLA and UCLA’s student newspaper, the Daily Bruin. Rachel has traveled across the country and abroad competing in speech and debate competitions on international politics with Model United Nations. She has served as a leader in the organization for three years and has had the privilege of organizing conferences and training her team members. Rachel has translated her debate skills into her work as an Opinion columnist with the Daily Bruin. As an Opinion columnist, Rachel sought to highlight the stories of students and communities at UCLA who deserved to be heard, such as first-generation, low income, international, parenting students, and more. Rachel will be continuing her journalism career post-graduation at Insider as a Careers fellow, writing for the digital newsroom’s Strategy Desk.

Michelle Garabetian is from La Crescenta, California, and she will graduate from UCLA with a Bachelor’s in Political Science. A daughter of immigrants and a first generation Armenian-American, Michelle transferred to UCLA from Glendale Community College in 2019. She began her tenure at UCLA as a member, and soon enough student leader, of the Regents Scholar Society and the Alumni Scholars Club. Within a few months, she became a famous face in the Bruin transfer community. She obtained leadership roles in the Pre-Law Transfer Society and the Undergraduate Students Association Council.

Michelle’s involvements extend beyond UCLA. She interns for the UN Women LA Chapter and her passion for social justice has been a catalyst for her drive to attend law school this fall and focus on issues of gender equality and human rights. She is honored to be a student speaker and is forever grateful for the experiences and friendships she has created at UCLA! 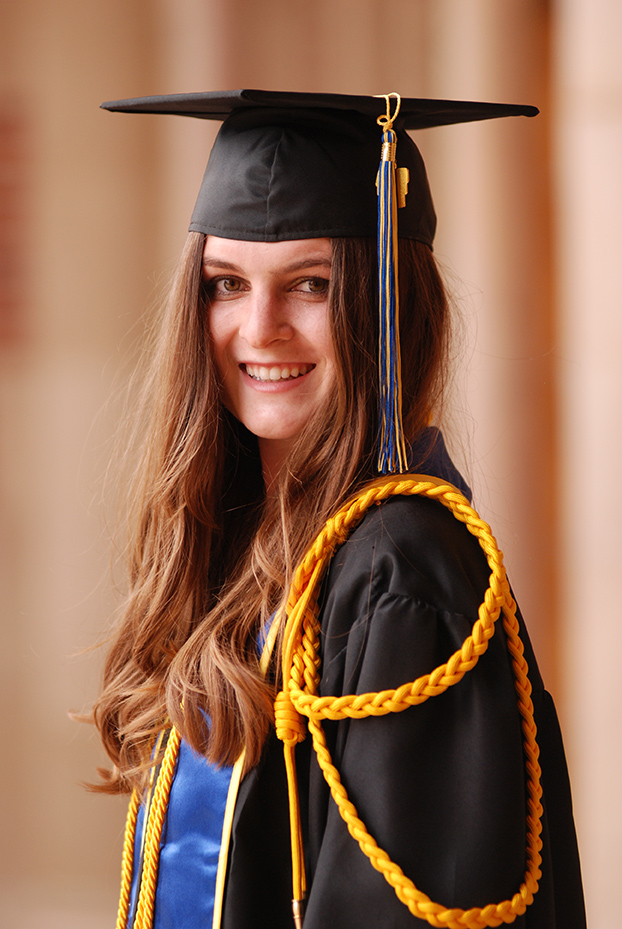 Isobel Tweedt is from Tustin, California, and is graduating from the UCLA Honors College with a degree in Psychobiology. She enjoys UCLA’s diverse campus, endless opportunities, and the B-Plate yogurt bar.

Outside the classroom Isobel volunteers as the Culture Manager for UCLA’s Sustainable Los Angeles Mammals Laboratory. As a pre-med student she served as a nursing volunteer at Ronald Reagan Medical Center, worked as a home health aide, and is currently a medical scribe. In addition to her interest in medicine Isobel is an enthusiast of the space program and volunteers as a NASA/JPL Solar System Ambassador providing educational events in schools, libraries, and hospitals nationwide.

After graduation Isobel is looking forward to backpacking on the Pacific Crest Trail. In the fall she will be attending Western University College of Osteopathic Medicine of the Pacific and plans to study emergency and space medicine.

Natalie Dungey came to international attention through her stunning performance of the Arutunian Trumpet Concerto at the National Trumpet Competition when she was 10. Since then, she has been a featured soloist on NPR’s From the Top (show #202), has premiered works for trumpet and orchestra, and has been the featured soloist with orchestras and bands around the country, Japan, and Australia.

Natalie was drawn to UCLA by world-renowned Professor Jens Lindemann, so she could learn from the best while also pursuing her passion for psychology. During her time at UCLA Natalie was one of the winners of the All-Star competition, where she and other winners were soloists with the UCLA Philharmonia. She also traveled to South Korea to perform with the graduate student quintet during her junior year.

Natalie will graduate this year with a B.A. in Psychology and B.M. in Music, and she is super excited to be a part of the commencement celebrations.