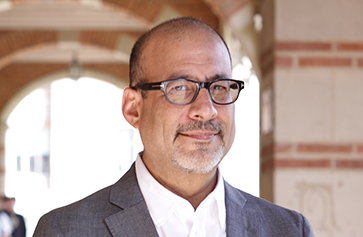 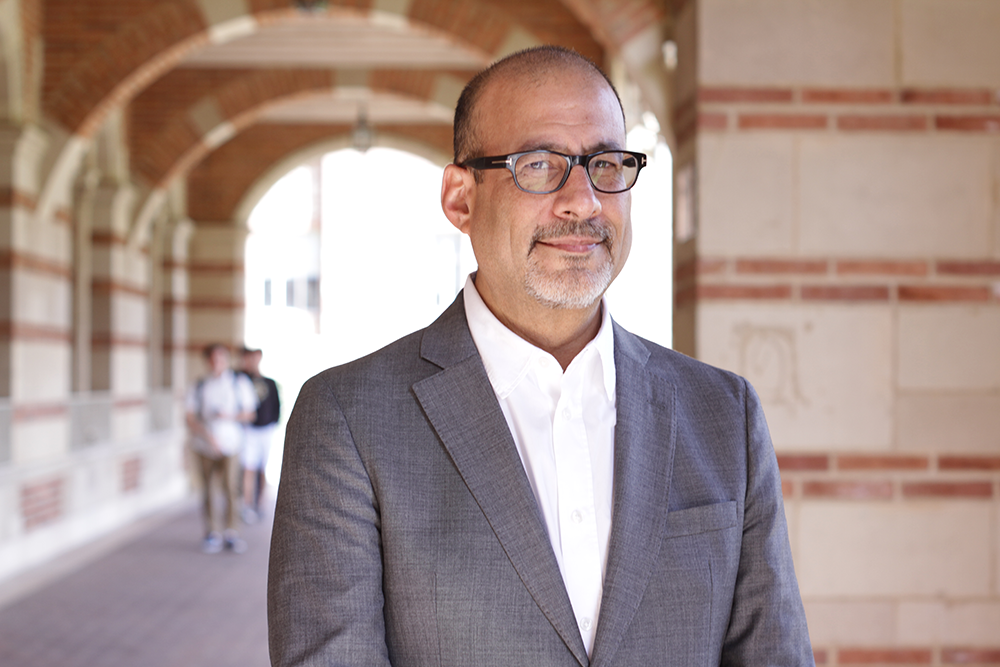 Beginning Sept. 1, 2022, Abel Valenzuela Jr. — professor of labor studies, urban planning and Chicana/o and Central American studies and director of UCLA’s Institute for Research on Labor and Employment — will serve as interim dean of UCLA’s division of social sciences.

He will remain in the role through the end of the 2023–24 academic year as UCLA conducts a search for the division’s next permanent dean to succeed Darnell Hunt, who was appointed the university’s next executive vice chancellor and provost.

“I am proud to pass the torch to such an extraordinary colleague as Abel Valenzuela,” said Hunt. “He is an exceptional scholar, visionary and leader who exemplifies the highest ideals of the division, College and UCLA itself.”

“Stepping into this role is a deep honor and a remarkable opportunity to further the important and impactful work of the division under Dean Hunt’s leadership. The division is special for many reasons, including harnessing social science for the public good,” said Valenzuela. “We will move forward with excellence, doing what we do best at UCLA and in the division of social sciences: impactful research, teaching and service that make a difference locally, nationally and beyond.”

A faculty member since 1994, Valenzuela holds appointments in the César E. Chávez Department of Chicana/o and Central American Studies and the labor studies program in the UCLA College division of social sciences, as well as in the department of urban planning in the UCLA Luskin School of Public Affairs.

He has held several administrative leadership positions, including chairing Chicana/o and Central American studies for six years and directing the Center for the Study of Urban Poverty. He recently stepped down as special advisor to the chancellor on immigration policy after working with the chancellor and an advisory council to safeguard and enhance student success among immigrant, undocumented and international students.

As director of UCLA’s Institute for Research on Labor and Employment (IRLE) for the past six years, he oversaw multiple units: labor studies, the Labor Center, the Labor Occupational Safety and Health Program (LOSH) and the Human Resources Round Table (HARRT), which are dedicated to advancing research, teaching and service on labor and employment issues in Los Angeles and beyond. Under his leadership, the Labor Center and LOSH have generated millions in extramural research grants and contracts. In fall 2019, the IRLE also launched the labor studies major for undergraduates — the first of its kind at the University of California — which continues to surpass yearly enrollment goals.

Valenzuela worked closely with campus and Labor Center leadership in the purchase, naming and current renovation of the Labor Center’s building located in downtown Los Angeles. In late 2021, the historic building was named in honor of Reverend James Lawson Jr., a labor and civil rights icon and UCLA Medal recipient.

During UCLA’s Centennial Celebration, Valenzuela led UCLA: Our Stories, Our Impact, an effort to recognize and uplift alumni of color who have dedicated their work to social justice and change. As a traveling exhibit, the project engaged the campus’s ethnic studies centers, UCLA community schools and local organizations.

Known as a leading national expert, Valenzuela continues to frame public and policy conversations on immigrant and low-wage workers. He has published numerous articles and reports on immigrant settlement, labor market outcomes, urban poverty and inequality. He earned his B.A. from UC Berkeley and his master’s and Ph.D. in city planning from the Massachusetts Institute of Technology.

“Given his experience in numerous leadership roles across campus and the UC, and his passion to leverage social science to better understand and lead positive change, I am confident Professor Valenzuela will provide effective leadership and continue the division’s momentum during this period of transition,” said Michael S. Levine, interim executive vice chancellor and provost. “I hope you will join me in wishing outgoing dean Darnell Hunt the very best as UCLA’s next EVCP, and in thanking Professor Valenzuela for stepping into this leadership role.”

With redesign, UCLA’s Washington, D.C. program welcomes students from all...