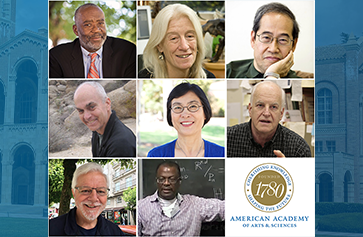 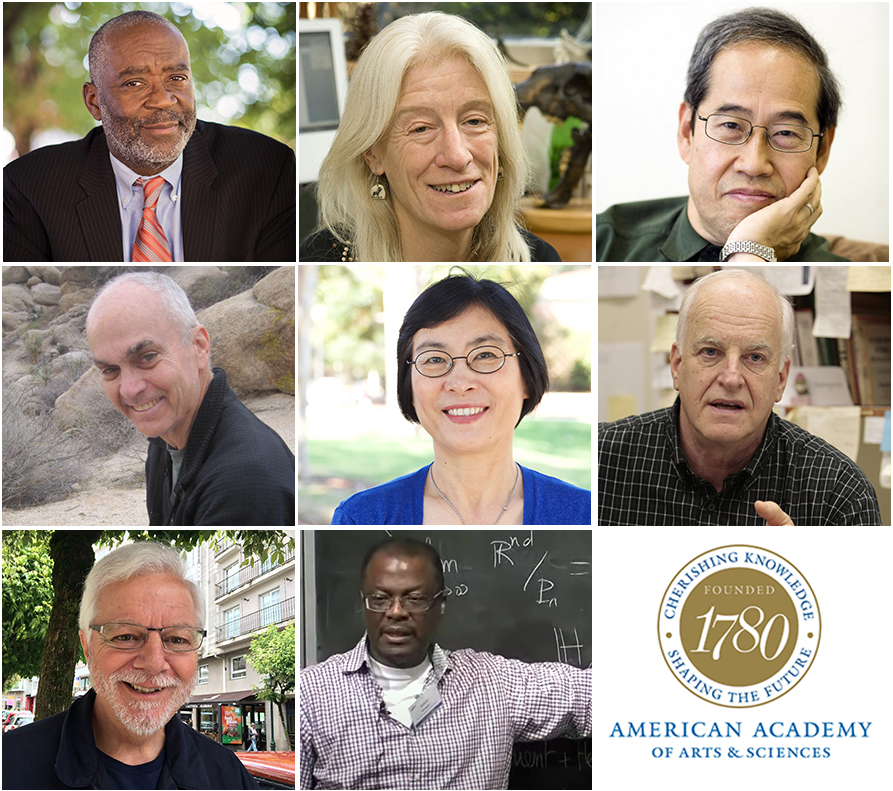 Eleven UCLA faculty members were elected today to the American Academy of Arts and Sciences, one of the nation’s most prestigious honorary societies. A total of 261 artists, scholars, scientists and leaders in the public, nonprofit and private sectors were elected, including honorary members from 16 countries.

UCLA had the second most honorees among colleges and universities, preceded only by Harvard. Stanford was third, UC Berkeley fourth, and MIT and Yale tied for fifth.

In February, UCLA was No. 1 in the number of professors selected for 2022 Sloan Research Fellowships, an honor widely seen as evidence of the quality of an institution’s science, math and economics faculty.

UCLA’s 2022 American Academy of Arts and Sciences honorees are:

John Agnew
Distinguished professor of geography
Agnew’s research focuses on political geography, international political economy, European urbanization and modern Italy. Among his many awards is the 2019 Vautrin Lud Prize, one of the highest honors in the field of geography. In 2017, Agnew was selected to deliver UCLA’s Faculty Research Lecture.

Patricia Gandara
Research professor of education
Gandara is co-director of the Civil Rights Project/Proyecto Derechos Civiles at UCLA and chair of the working group on education for the UC–Mexico Initiative. Her publications include the 2021 books “Schools Under Siege: Immigration Enforcement and Educational Equity” and “The Students We Share: Preparing U.S. and Mexican Teachers for Our Transnational Future.”

Wilfrid Gangbo
Professor of mathematics
Gangbo’s expertise includes the calculus of variations, nonlinear analysis, partial differential equations and fluid mechanics. He is the founder of EcoAfrica, an association of scientists involved in projects in support of African countries, and is one of the UC and Stanford University faculty members who launched the David Harold Blackwell Summer Research Institute.

Haruzo Hida
Distinguished research professor of mathematics
Hida is an expert on number theory and modular forms. A highly honored mathematician, he has spoken about his research at numerous international conferences and was the recipient of a Guggenheim Fellowship in 1991 and the Leroy P. Steele Prize for Seminal Contribution to Research from the American Mathematical Society in 2019.

Leonid Kruglyak
Distinguished professor of human genetics and biological chemistry
David Geffen School of Medicine at UCLA
Kruglyak is UCLA’s Diller-von Furstenberg Professor of Human Genetics, chair of the department of human genetics and a Howard Hughes Medical Institute investigator. He studies the complex genetic basis of heritable traits, which involves many genes that interact with one another and the environment, and his laboratory conducts experiments using computational analysis and model organisms. He has been the recipient of many awards, including the Burroughs Wellcome Fund Innovation Award in Functional Genomics, the Curt Stern Award from the American Society of Human Genetics and the Edward Novitski Prize from the Genetics Society of America.

Peter Narins
Distinguished research professor of integrative biology and physiology, and of ecology and evolutionary biology
Narins’ research focuses on how animals extract relevant sounds from the often noisy environments in which they live. His numerous honors and awards include a Guggenheim Fellowship, the Acoustical Society of America’s 2021 silver medal in animal bioacoustics and election to four scientific societies: the Acoustical Society of America, the Animal Behavior Society, the American Association for the Advancement of Science and the International Society for Neuroethology.

Bradley Shaffer
Distinguished professor of ecology and evolutionary biology
Shaffer, the director of the UCLA La Kretz Center for California Conservation Science, is an expert on evolutionary biology, ecology and the conservation biology of amphibians and reptiles. His recent work has focused on conservation genomics of endangered and ecologically important plants and animals of California, global conservation of freshwater turtles and tortoises, and the application of genomics to the protection of endangered California amphibians and reptiles.

Blaire Van Valkenburgh
Distinguished research professor emeritus of ecology and evolutionary biology
Van Valkenburgh, UCLA’s Donald R. Dickey Professor of Vertebrate Biology, focuses on the biology and paleontology of carnivorous mammals such as hyenas, wolves, lions and sabertooth cats. She is a leading expert on the evolutionary biology of large carnivores, past and present, and analyzes the fossil record of carnivores from both ecological and evolutionary perspectives.

George Varghese
Professor of computer science
UCLA Samueli School of Engineering
Varghese, UCLA’s Jonathan B. Postel Professor of Networking, devoted the first part of his career to making the internet faster — a field he calls network algorithmics — for which he was elected to the National Academy of Engineering in 2017, the National Academy of Inventors in 2020 and the Internet Hall of Fame in 2021. He is now working to jump-start an area he calls network design automation to provide a set of tools for operating and debugging networks.

“These individuals excel in ways that excite us and inspire us at a time when recognizing excellence, commending expertise and working toward the common good is absolutely essential to realizing a better future,” David Oxtoby, president of the American Academy of Arts and Sciences, said of this year’s honorees.

“Membership is an honor, and also an opportunity to shape ideas and influence policy in areas as diverse as the arts, democracy, education, global affairs and science,” said Nancy C. Andrews, chair of the academy’s board of directors.

The academy also serves an independent policy research center engaged in studies of complex and emerging problems. Its current membership represents some of today’s most innovative thinkers across a variety of fields and professions and includes more than 250 Nobel and Pulitzer prize winners.