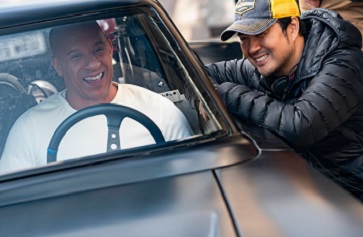 A large percentage of the movie business’s box office revenue and home viewership was driven by consumers of color in 2021, according to UCLA’s latest Hollywood Diversity Report. The report examines the 252 top-performing English-language films — based on box office receipts and streaming data — during the second year that the COVID-19 pandemic forced movie studios to adopt unconventional release strategies.

The report tracks progress for women and minorities in acting, directing and writing roles, and analyzes audience segments by race and ethnicity, focusing on Asian American, Black, Latino and white audiences, and age, focusing on viewers 18 to 49.

Published twice a year — with one analysis of movies and another for TV — the Hollywood Diversity Report has consistently shown increases in the percentages of women and people of color in key jobs in front of the camera. Researchers have also tracked sustained, albeit stubborn, growth for women and minorities in Hollywood writing and directing jobs. 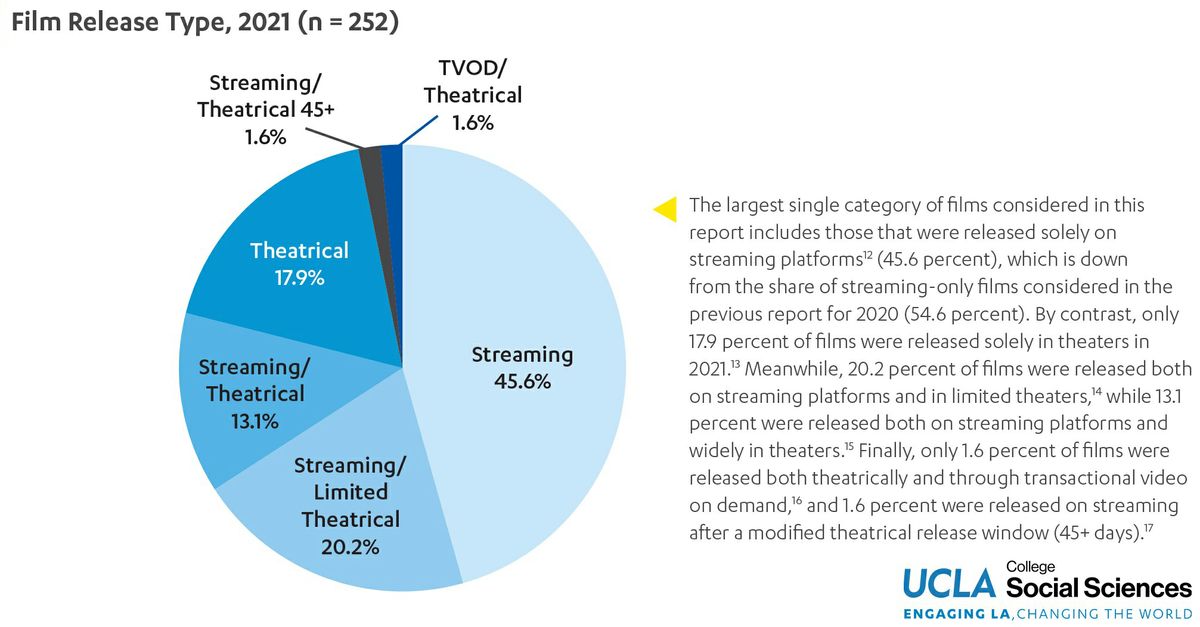 The report’s authors noted that 2021 was the first year since they began tracking such statistics that the majority of Academy Awards went to films that were directed by people of color and featured minority actors in lead roles. And the year’s third highest-grossing film at the box office was “F9: The Fast Saga,” which featured a cast that was more than 50% minority and was directed by Taiwanese American filmmaker Justin Lin. Sixty-five percent of opening weekend ticket sales for “F9” were to minority audiences, the highest figure among all films in the top 10.

The report tracks the numbers of writers, directors and actors who identify as Asian American, Black, Latino, Middle Eastern/North African, multiracial and Native American. People in those groups make up 42.7% of the U.S. population, and they form an important consumer bloc for entertainment, including movies.

For six of the 10 top-grossing films that opened in theaters in 2021, people of color accounted for the majority of opening-weekend U.S. ticket sales.

The report also found that, as in previous years, films with the least diverse casts (11% or less minority) were the poorest performers at the box office. 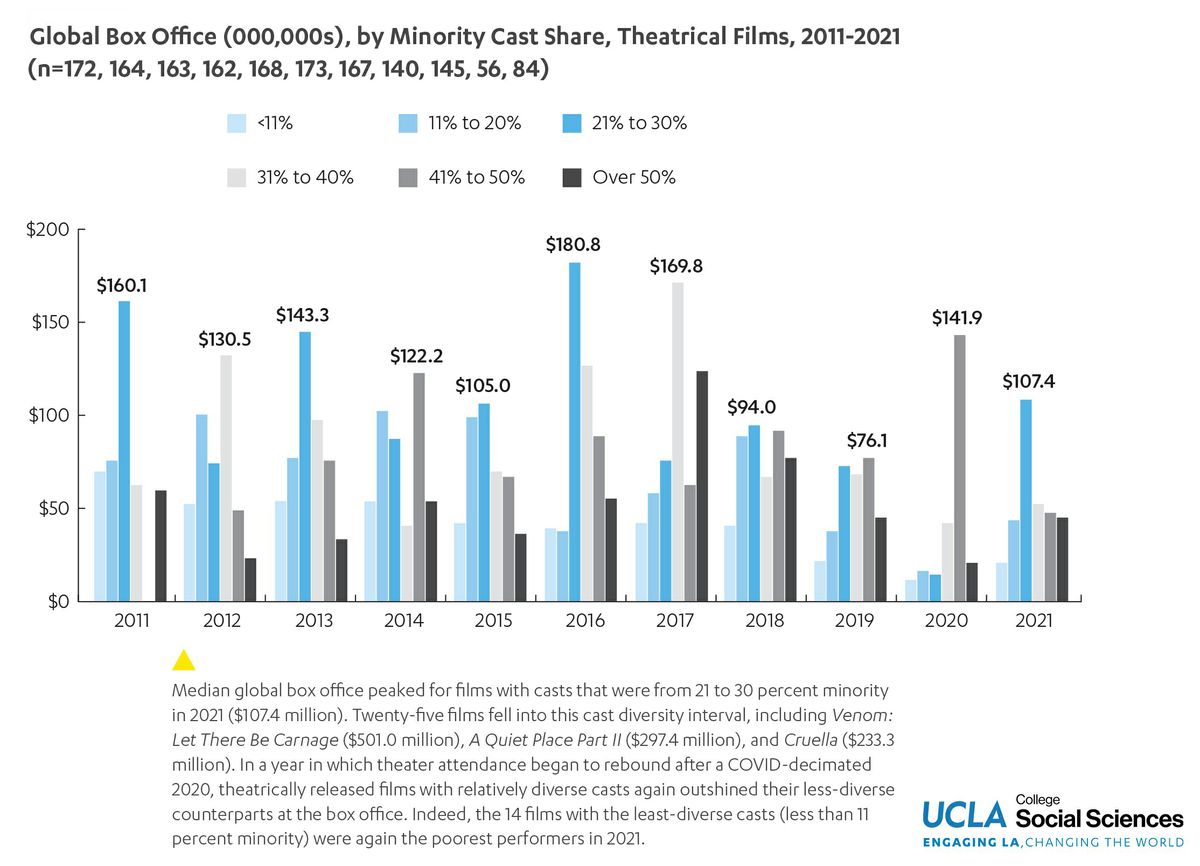 “Last year, every time a big movie exceeded expectations or broke a box office record, the majority of opening weekend audiences were people of color,” said Ana-Christina Ramón, a co-author of the report and the director of research and civic engagement for the UCLA College division of social sciences. “For people of color, and especially Latino families, theaters provided an excursion when almost everything else was shut down. In a sense, people of color kept studios afloat the past couple of years.

“Studios should consider them to be investors, and as investors, they should get a return in the form of representation.”

“Minorities reached proportionate representation in 2020 for the first time when it comes to overall cast diversity in films, and that held true again in 2021,” said Darnell Hunt, dean of the social sciences at UCLA and co-author of the report. 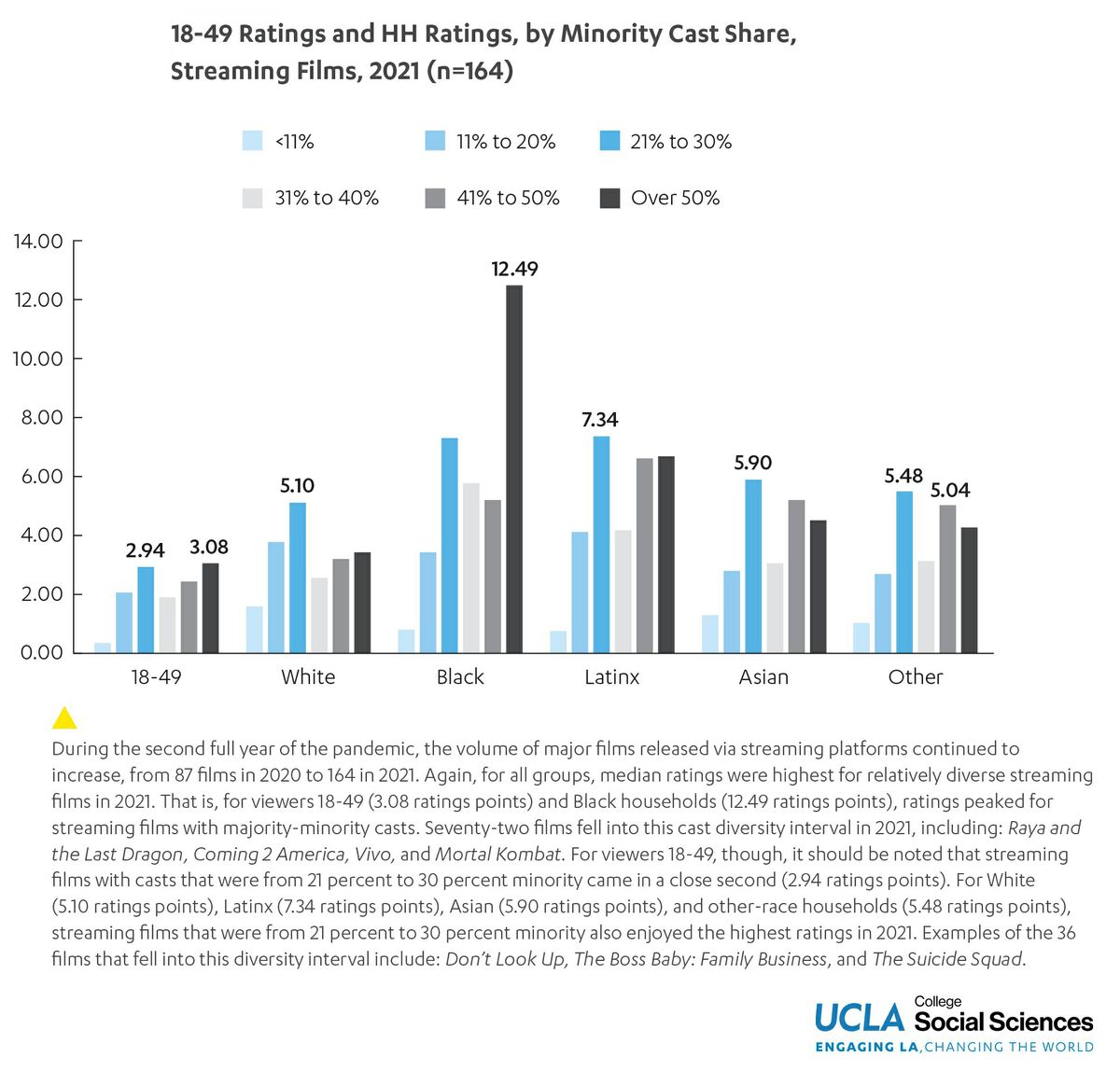 “We do think this dual-release strategy is here to stay,” Hunt said. “And it could have a lasting impact on diversity metrics in front of and behind the camera as studios think about how to finance content for different platforms.”

For example, the report found that women and people of color were far more likely than white men to direct films with budgets less than $20 million.

“A small production budget usually means that there is also little to no marketing and studio support, unless it’s from a production company known for making art house films,” Ramón said. “And that makes it more difficult for filmmakers to get the next opportunity if their films have to fight for attention.”

Hunt said studios are likely to bank on big-budget tentpole movies and sequels as traditional box office drivers, even as they continue to experiment with release platforms and adjust the amount of time between films’ theatrical releases and their arrival on streaming services or on DVD or Blu-ray.

Among the 2021 films released to streaming services, those with casts in which a majority of actors were non-white enjoyed the highest ratings among viewers aged 18 to 49 and in Black households. Seventy-two films with majority-minority casts were released on streaming in 2021, including “Raya and the Last Dragon,” “Coming 2 America,” “Vivo” and “Mortal Kombat.” 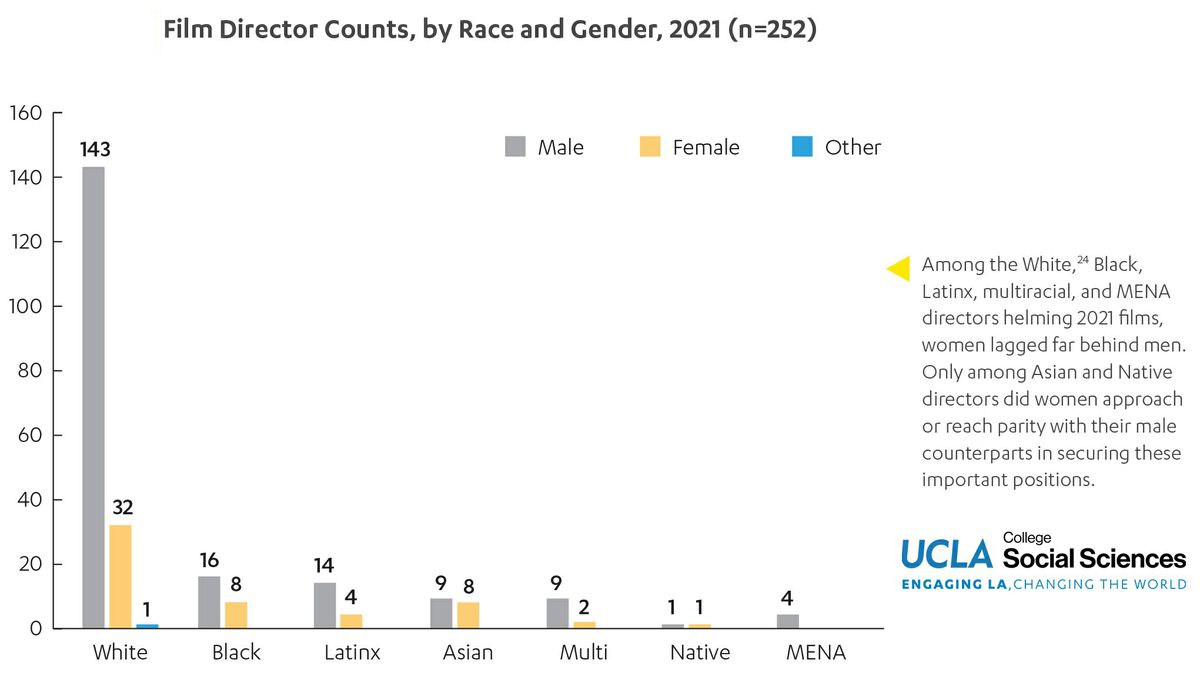 “In 2021, diversity in front of the camera did not equate to more opportunities behind the camera for filmmakers who are women and people of color,” Ramón said. “They continue to receive less financing, even when they make films with white lead actors. Most of these filmmakers are relegated to low-budget films. For women of color, directing and writing opportunities are really the final frontier.”

Out of the 76 minority directors of 2021’s top films, just 23 were women. And among Black, Latino and multiracial directors, at least twice as many were men as women in each racial or ethnic classification.

The authors counted one trans woman among the directors of the 2021 films they analyzed.