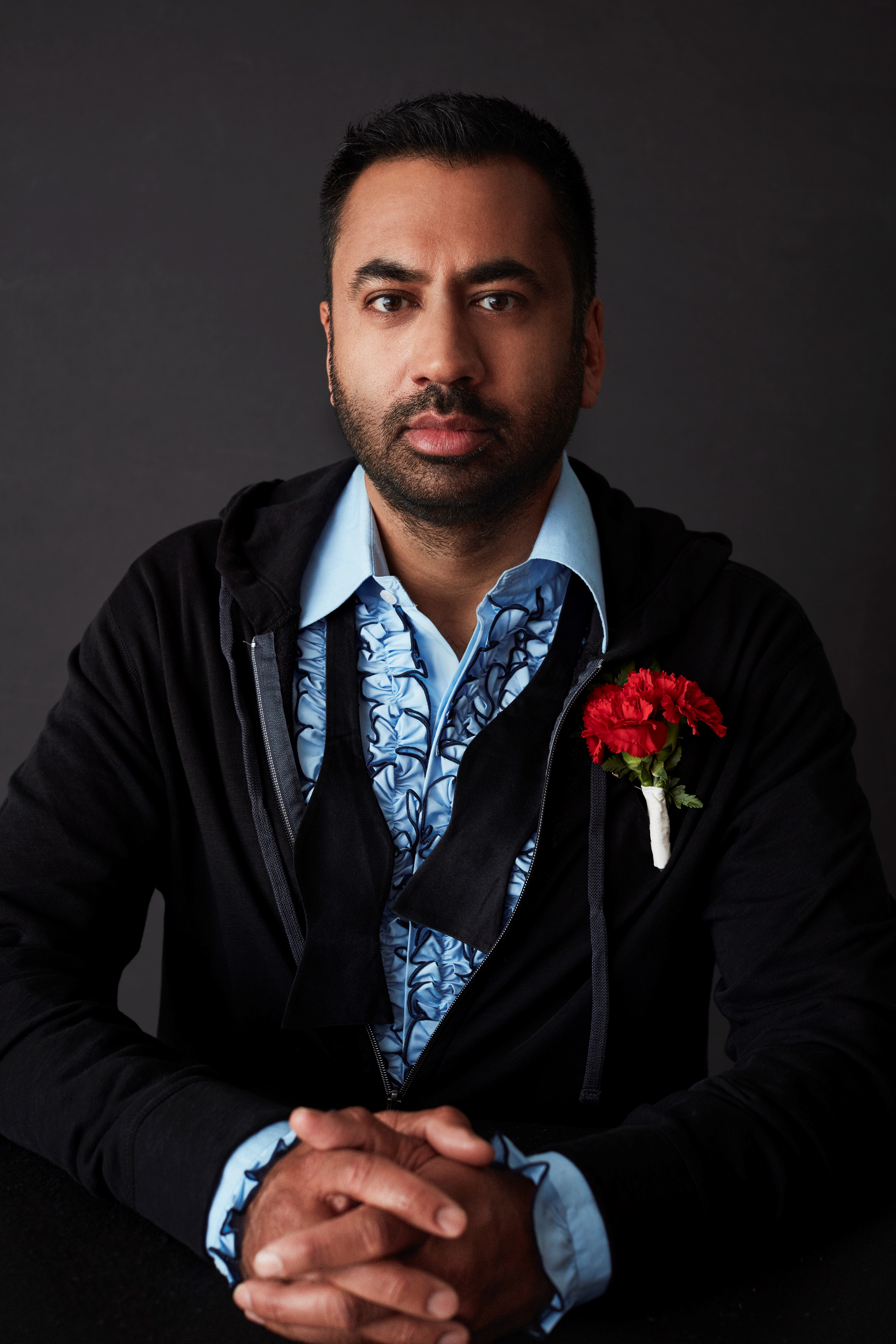 Star returns to his alma mater upon publication of his autobiography, You Can’t Be Serious

Kal Penn (real name: Kalpen Modi) is as famous for his Hollywood big-screen performances as he is for stepping back from them to serve in Obama’s White House — and he is proud to have charted a life and career on his own terms. The 2000 UCLA graduate (who has spoken on campus and even co-taught a course) will return (virtually) to share his hard-earned wisdom in a Dean’s Salon conversation with Dean Darnell Hunt on Thursday, Nov. 11, from 5-6:30 p.m. (Register here.)

The talk will include discussion of both UCLA’s Hollywood Diversity Report and the actor’s new memoir, You Can’t Be Serious, which sheds new light on his journey from New Jersey to Los Angeles and beyond.

“My book is for everybody out there who’s been told that what they want to do might be a little too crazy, whether that’s a major or a class or a passion,” he says. “UCLA was obviously a big catalyst in what I was able to do as an artist and then as a public servant. I lived in Rieber, so big shout out to five south and six south!”

What’s your advice for aspiring actors of color?

Every actor deals with being typecast, but for performers of color, there’s that added layer of you’re oftentimes just too brown or too ethnic or too whatever it is. It reminds me of a time on campus when I went to a moderated conversation with an actor who, I believe at the time, was the only Black actor on network television, period. Her advice was to always show up prepared, knowing that someone who looks like her is going to have to work a thousand times harder just to have the same consideration as someone who doesn’t. This blew my mind, because it was really her talking about the best places to channel your energy. I was this young aspiring actor who kept getting rejected because of the color of my skin, and I was expending a lot of anger in dealing with that. And here was this successful woman basically explaining, “Shouldn’t you put that energy toward working harder, even though it’s unfair you have to?”

You’ve seen firsthand the challenges of making progress, both in the White House and in Hollywood. What keeps you engaged and inspired to believe things can keep improving?

Seeing how much things can change if people participate. I mean, the system is designed to make us feel complacent, right? Government moves slowly on purpose, even as our actual real lives get faster and faster. It can be frustrating to know you’re never going to get 100 percent of the changes you want, but that doesn’t mean you don’t aim for 100 or even 1,000 percent. And if you only end up with 50 percent, that’s way better than nothing. In the White House, I worked on the repeal of Don’t Ask, Don’t Tell, which ultimately got repealed, but it was really messy and very tricky and took a long, long time. Unfortunately, the DREAM Act — which I also worked on — fell short by five Democratic votes. While that was a huge defeat, it was also the closest that the DREAM Act had ever come to getting passed. So there was this momentum that generations and generations of activists had put toward something that, hopefully, the next time around will move in the right direction. Progress is still only possible if we show up.

How does it feel when you return to UCLA’s campus?

Frustrated that the Taco Bell that used to be outside on Bruin Walk moved! Seriously, my years at UCLA were my most formative. When I come back to campus, I love it. It makes me feel boundless possibility, those Bruin values of giving back to your community and doing whatever it is that you want to do. UCLA helped me realize I can have one foot in two totally different things, and that’s really exciting. Also, a lot of my origin stories are from either friends making fun of me at UCLA or being supportive or both. My screen name, Kal Penn, came about because of a conversation at that Fatburger burger off of Gayley that I know is still there because it’s delicious.

What do you want the takeaway to be for people who read your book and attend your event?

There are times where you can be deeply serious and focus and talk about things that are really tough to talk about. And then there are other times when you can totally just make a sex joke and write about playing the drinking game Edward Fortyhands on Weyburn at somebody’s apartment. I love that my life is one where I can talk about those experiences at the same time that I can talk about what it’s like to write public policy or put an executive order through at the highest levels for the President of the United States. Life isn’t an either/or. We know that from being Bruins.

Click here to register for the Thursday, Nov. 11 UCLA Dean’s Salon from 5-6:30 p.m. featuring a conversation between Dean Darnell Hunt and Kal Penn on life and diversity on Hollywood.

Learn more about UCLA’s latest Hollywood Diversity Report here and view it in its entirety here.