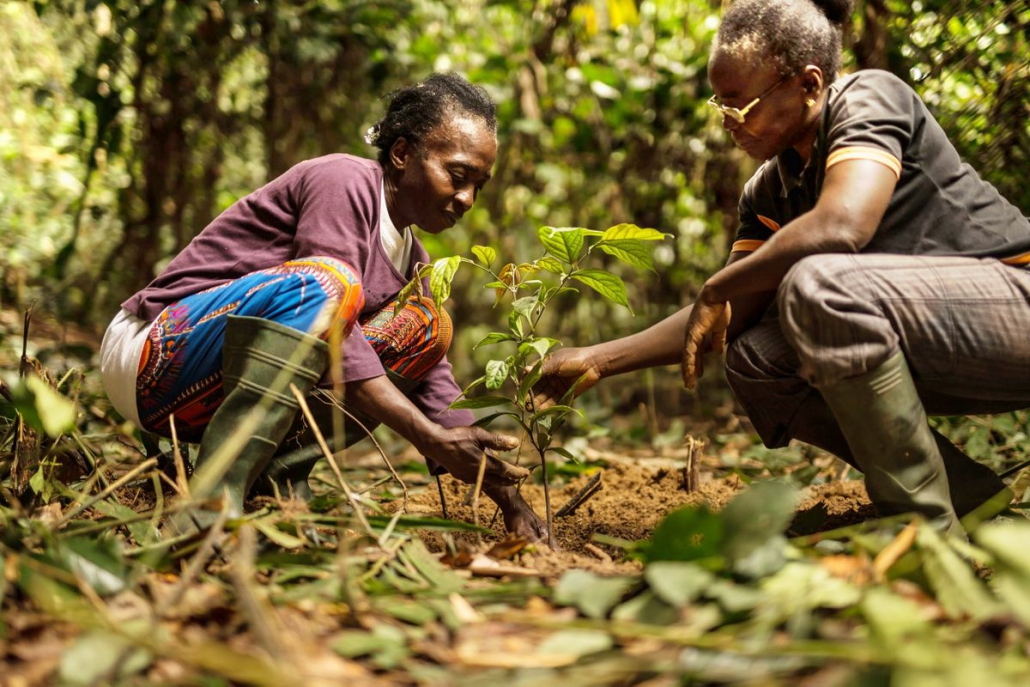 In line with his long-standing commitment to environmental sustainability, master guitar maker Bob Taylor and his wife, Cindy Taylor, have donated $1.05 million to support UCLA’s Congo Basin Institute and its ebony conservation research and restoration efforts in Cameroon.

“I can think of no better partner than UCLA’s Congo Basin Institute to help protect, enhance and better understand the population of ebony trees, a precious resource to both the Congo Basin and the world in general,” said Bob Taylor, a co-founder of Taylor Guitars. “The incredible work they have already accomplished and their vision for addressing critical environmental and development issues are deeply inspiring and directly align with my own values.”

Taylor has led efforts in Cameroon to lessen tree waste by encouraging makers of stringed instruments to use variegated rather than all-black ebony. He also purchased and revitalized Cameroon’s leading sawmill, where he has implemented efforts to better use natural resources, including by starting an onsite seedling nursery.

Through those and other efforts in Cameroon, Taylor crossed paths in the mid-2010s with UCLA professor Thomas Smith, the founder and co-director of the institute, who has conducted biodiversity and conservation research in the region for nearly four decades. Since then, Bob and Cindy Taylor have donated more than $1.3 million to support the institute’s progress on several fronts, including studies of the ecology of ebony, a massive community-driven replanting program, and a new strategy for community-based rainforest restoration in the Congo Basin.

“Bob and Cindy Taylor’s leadership and generosity have helped empower the Congo Basin Institute to fulfill the highest ideals of our mission,” said Smith, who is also founding director of the Center for Tropical Research at the UCLA Institute of the Environment and Sustainability. “They appreciate the importance of furthering science and taking action that will benefit the Congo Basin, the world’s second largest rainforest.”

Bob Taylor also is respected for his work restoring koa trees in Hawaii and trees in urban areas of Southern California.

The Congo Basin Institute, founded in 2015, was UCLA’s first foreign affiliate; it is a joint initiative between UCLA and the nonprofit International Institute of Tropical Agriculture, which is headquartered in Nigeria.

The institute operates under the auspices of the UCLA Office of the Vice Chancellor for Research and Creative Activities, and is supported by the divisions of life sciences and physical sciences in the UCLA College.