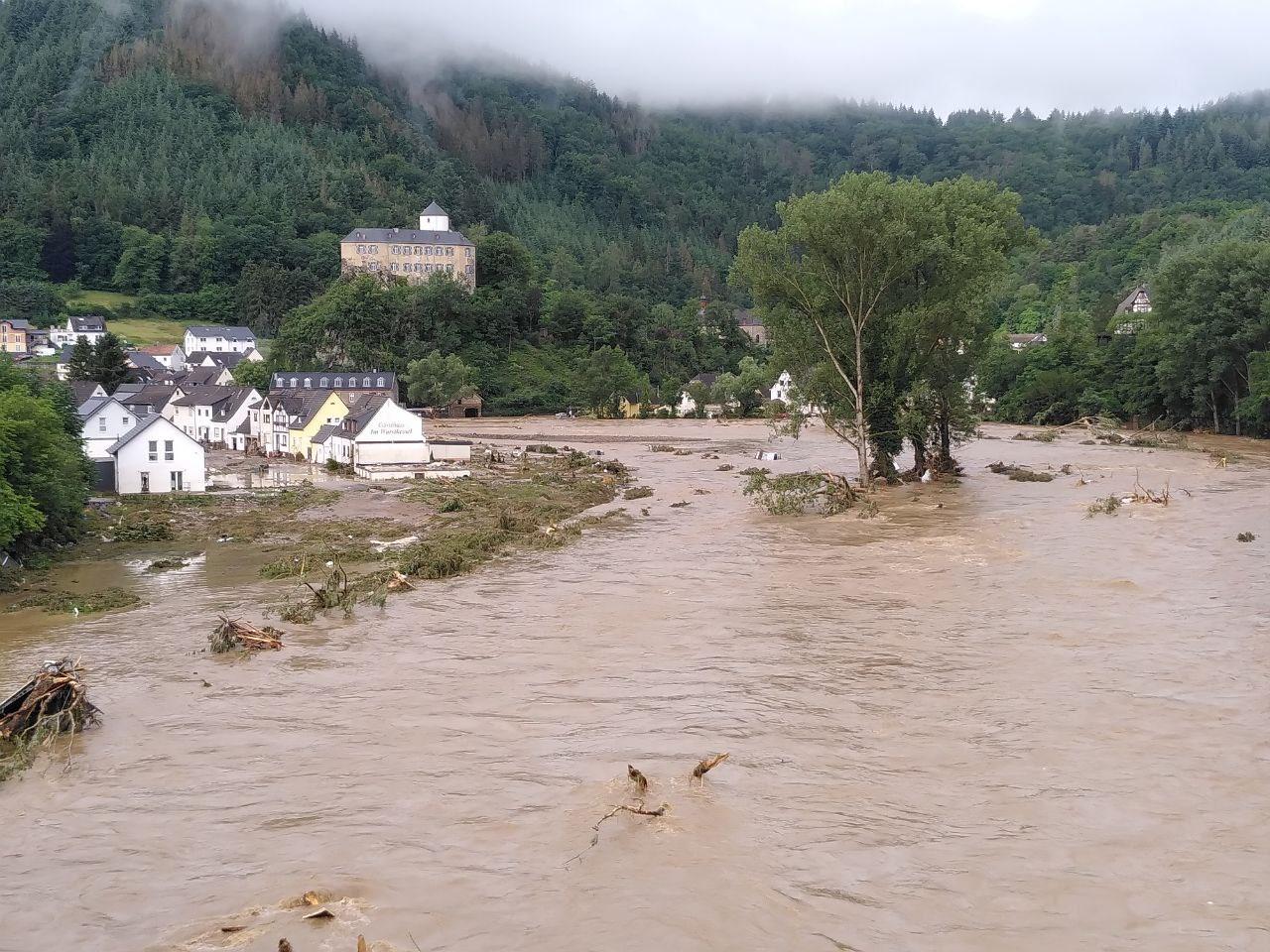 Evidence is mounting that climate change is driving an increase in the number of extreme precipitation events. But that realization has generated a puzzle: Why aren’t we observing more flooding each year?

New research by scientists at UCLA, the University of Freiburg in Germany and other institutions may have found the solution. The study was published in Communications Earth & Environment.

The scientists project that the number of severe floods, the sort that happen every 10 or 20 years, won’t change much for the remainder of the century — the incidence could even decrease in some places. But the number of the most catastrophic floods, those that have historically occurred every 50 to 200 years, will likely increase.

Daniel Swain, a UCLA climate scientist and co-author of the study, said the reason for that discrepancy is a logical one: Warming due to climate change can also cause land to dry out — the current drought conditions across western North America are an example — and drier land can absorb more water. But the new research reveals that the phenomenon only goes so far.

“If you have drier watersheds, they have more capacity to absorb the increasing extreme rain,” Swain said. “But above a certain threshold, when you get to the most extreme events, that logic may no longer hold. At a certain point, the precipitation is going to saturate the soil anyway — even the driest soil — and completely overwhelm the watershed.”

Because catastrophic floods occur so infrequently, there aren’t many recent examples to observe — and many climate records date back 50 years or less. However, previous research led by UCLA projected that such floods are likely to increase in both frequency and magnitude due to climate change. In California, for example, the likelihood of what used to be considered a once-in-a-lifetime event, one that could cause up to $1 trillion in damage and force the evacuation of millions of people, has increased has increased by 300% to 400%.

For the new paper, researchers used computer modeling to create multiple plausible versions of climate outcomes — not only for a 40-year period beginning in 2060, but also recreating realistic assumptions about climate data from the period from 1961 to 2000. The models essentially increased the amount of data they could study by 50 times over what was available from history alone.

In addition to the climate projections, the researchers also produced computer-modeled estimates about Bavaria’s hydrological system — the term used to describe a range of natural processes that include the ground’s capacity to absorb moisture. The study focused on a region primarily made up of the German state of Bavaria because it is a location for which good data are available, but the findings very likely pertain to most parts of the world, Swain said.

The researchers built the computer models based on the assumption that there would be no concerted effort to cut greenhouse gas emissions.

Tragically, in mid-July, after the research had concluded, western Germany was hit by a catastrophic flood. In some locations, two months’ worth of rain fell in 24 hours. That flood and flooding at the same time in Belgium, Luxembourg and the Netherlands killed a total of more than 200 people and destroyed nearly 72,000 buildings.

Without more extensive preparation, similar scenarios could play out around the world. Swain said the paper’s findings imply that people may fail to properly prepare for catastrophic disasters if they are only paying attention to less-severe floods and not the more massive ones.

“These are the type of floods that wipe out towns, destroy infrastructure and kill a lot of people,” he said.

Although the paper doesn’t provide an exact way to measure or define the magnitude of weather events that could overwhelm landscapes and cause serious flooding, Swain said such catastrophic floods have historically taken place every 20 to 50 years.

Manuela Brunner, a lecturer at University of Freiburg and the paper’s lead author, said the threshold could be different depending on the topography of the region – for example, in a concrete-laden urban area like Los Angeles, a less-severe storm could cause dangerous flooding because the ground would be unlikely to absorb as much water as it would in more rural areas.

“The surface is impervious, so almost anything that falls as rain transfers to stream flow or flooding,” Brunner said. 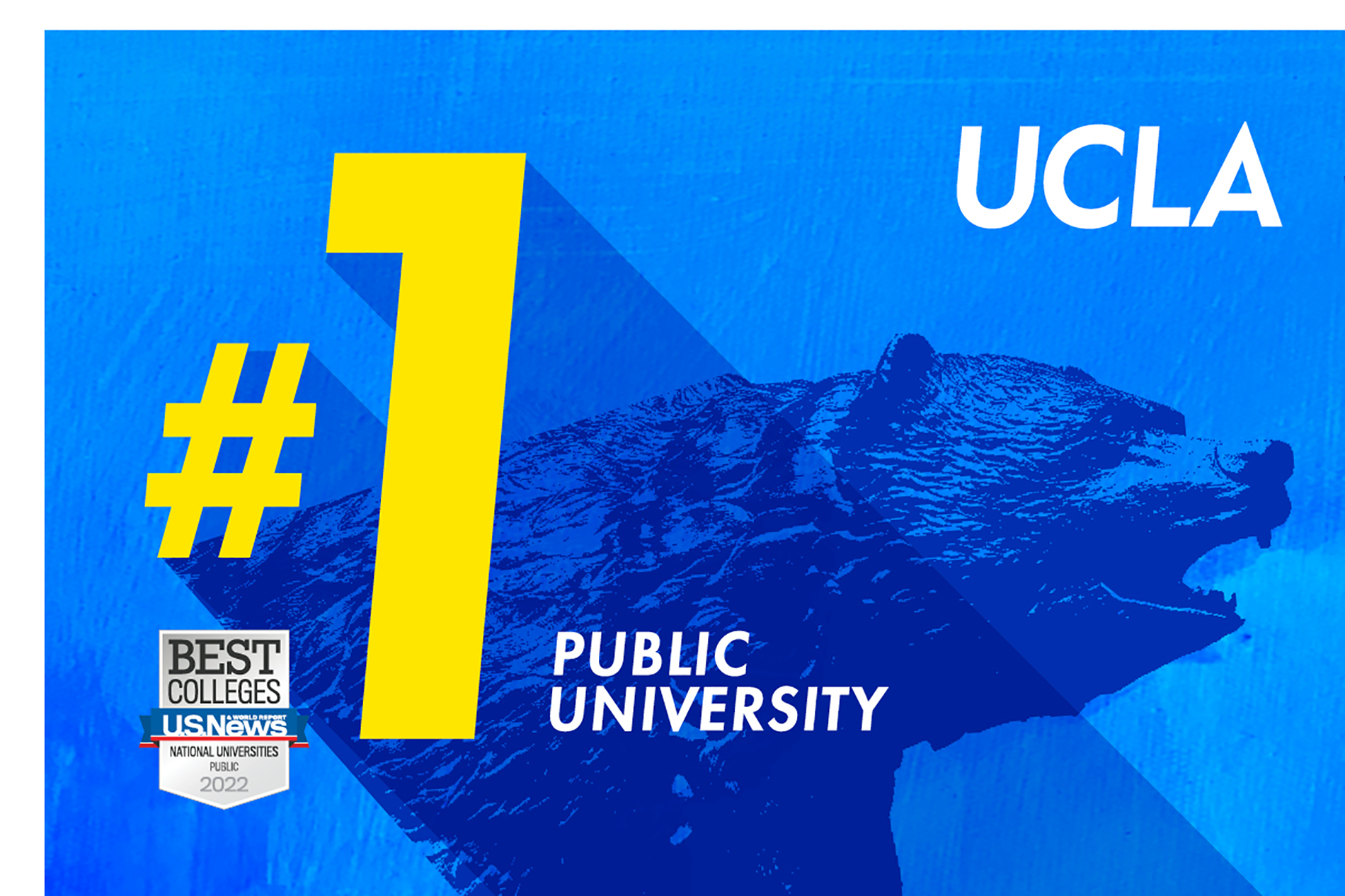 This is the fifth year in a row UCLA has been ranked No. 1.

“UCLA’s ranking as the top public university in the country five years running reaffirms what we already know: that this is a place where students of all backgrounds can thrive, where we invest in and support excellent teaching and where we set students up for success after graduation,” said UCLA Chancellor Gene Block.

Since Block became chancellor in 2007, UCLA has risen from the No. 4 public university in the United States to the top of the U.S. News rankings.

“I hope every member of our community takes pride in what this ranking represents,” the chancellor said.

UCLA was the only school among the top 20 national universities overall to be ranked highly in social mobility, which measures the number of Pell Grant recipients and the six-year graduation rate for these students.

In addition, UCLA was named the No. 1 public institution among the best colleges for veterans.

The U.S. News & World Report rankings are based on 17 measures, including graduation rates, student-faculty ratio, social mobility and the average federal loan debt of graduates, as well as schools’ academic reputation, as determined by a peer assessment survey of presidents, provosts and deans of admissions at U.S. colleges.