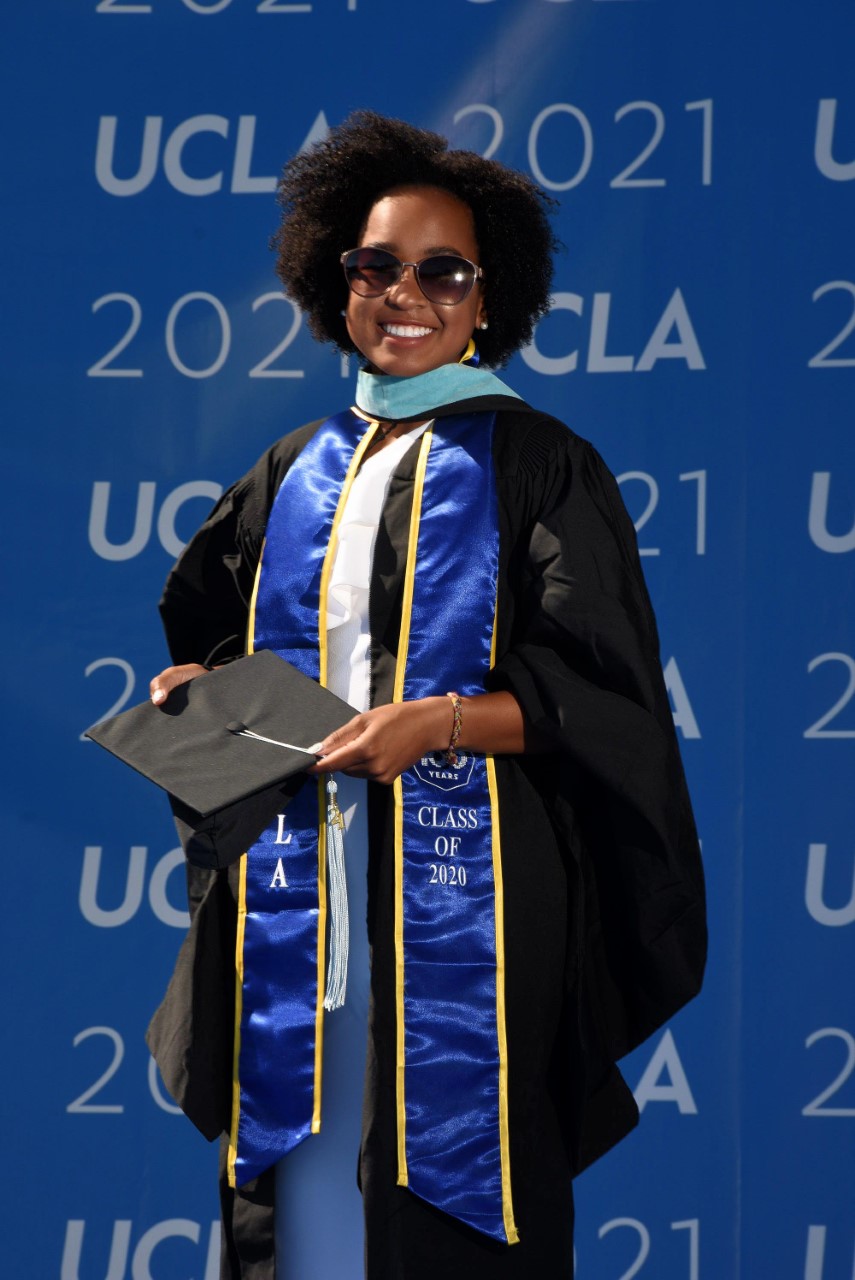 Jada Hart on the occasion of her graduation from UCLA

Arthur Ashe‘s legacy will live on at UCLA in a new form with the debut of a summer internship offered to one UCLA student or recent graduate each year, supported by UCLA’s Arthur Ashe Legacy Fund.

Jada Hart ’20, M.Ed. ’21 completed the inaugural Arthur Ashe Internship this summer at SPORTFIVE, a global sports marketing agency. Hart is a professional tennis player and Bruin who received her bachelor’s in political science and master’s in transformative coaching and leadership.

Hart’s manager at SPORTFIVE was Alexandra Dell, senior vice president of media. She shares a personal connection with Ashe; Dell’s father Donald Dell was Ashe’s agent, and Ashe was her godfather.

Dell said that an internship at SPORTFIVE honoring Ashe has been in the works ever since the beginning of the COVID-19 pandemic. SPORTFIVE wanted to find a way to help students and contribute to the Arthur Ashe Legacy Fund beyond making a donation.

“Giving college kids or graduates the opportunity to see what our industry is all about with the idea of doing an internship and maybe one day hiring them would be the best of both worlds,” Dell said. “It opens us up to a new pool of young, smart, great students and also gives them the opportunity to learn about the business and where they want to be.”

Hart has played tennis competitively since the age of seven and trained with the USTA to one day go pro. After suffering injuries in high school, her tennis career took a backseat to college, where she became interested in sports media and management. 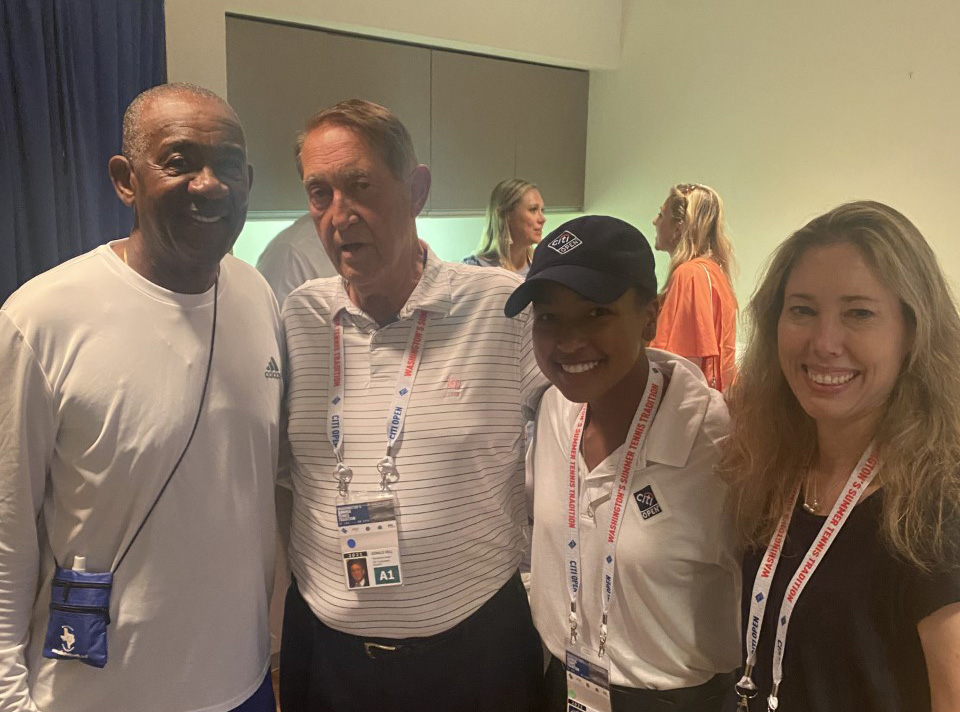 “I thought this internship would be a great opportunity to get experience in both the media side and also athlete representation which is potentially something that I want to do, so I was really excited to hear about the internship, and to get it,” Hart said.

At SPORTFIVE, Hart worked on a variety of projects. She researched current sports films, documentaries, TV shows and companies the agency could partner with. One of her main tasks was to assist Dell on an upcoming documentary about tennis great Novak Djokovic. Hart’s background as a tennis player came in handy as she reviewed footage and gave notes for the producers. She also worked at the Hall of Fame Open in Rhode Island and the Citi Open in Washington, D.C.

Hart said she appreciated getting to experience many different aspects of the sports entertainment and management industry, and the internship cemented her plans to pursue a career in the industry once she officially retires from professional tennis.

“Before this internship, I knew I wanted to stay in sports, but since working at SPORTFIVE, being involved in TV productions and also meeting some incredible people in the company along the way, I’ve started to gain a good grasp of what goes on in the entertainment and media world. I’ve started to gain an interest in that field as well,” Hart said. “I’ve definitely had a great experience.”

Hart was a valuable and integral member of the SPORTFIVE team this summer, Dell said. Her potential was clear even from the interviewing stage. “She really embodied the values that we wanted in a person to not only represent the company but also to represent Arthur’s legacy, and she seemed like the perfect fit.”

Dell believes that offering access to the sports media and management industry to UCLA students who might not otherwise discover their passion for the industry or have an opportunity to intern there aligns with all that Ashe valued and with his pride in UCLA.

“[Ashe] was the quintessential scholar-athlete. Jada obviously embodies those values, and I think he would be really pleased to see this program and its connection with a school that he loved, fostering the kind of things he believed in,” Dell said.

Mural pays respect to remains of women found near the U.S.-Mexico border