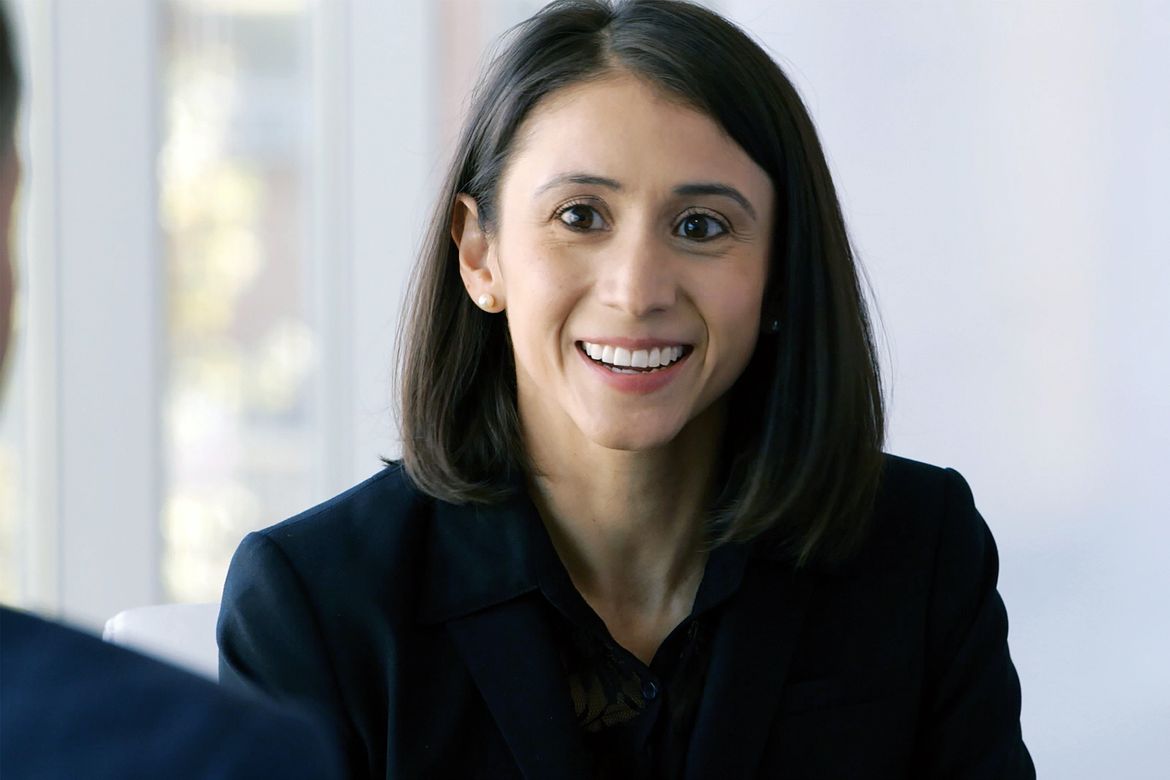 Adriana Galván designed one of UCLA’s most popular classes, “Puberty and Sleep.” Students say they’ve learned a lot about their own sleeping habits from the class. (Photo Courtesy of Adriana Galván)

Adriana Galván, dean of undergraduate education at UCLA, describes herself as “painfully shy” as a child, but by the time she enrolled at San Marcos High School in Santa Barbara, she’d gotten over her bashfulness. Active in student government, a cheerleader and member of the marching band, Galván looks back at her teenage years as a period of life she loved.

So it makes sense that Galván, a psychology professor in the UCLA College, chose to specialize in adolescent brain development and behavior, particularly in the domains of learning, motivation and decision-making.

“There was a gap in knowledge about the adolescent brain,” she said, “and I was curious to learn how the brain contributes to the normal behavioral changes that happen as kids transition into teenagers.”

Galván has since contributed 113 papers to top journals and has written a book, “The Neuroscience of Adolescence,” published by Cambridge University Press (2017). Her research on adolescent reward sensitivity and risk-taking behavior has played a central role in landmark Supreme Court decisions regarding the culpability and punishment of juvenile offenders.

Galván’s work on the teenage brain and its decision-making process is just one of the many reasons she was recently awarded the 2021 Gold Shield Faculty Prize, a $30,000 award given annually to an exceptional mid-career full professor with a distinguished record of undergraduate teaching, research and university service. The prize is sponsored by Gold Shield, Alumnae of UCLA, an organization that was founded in 1936 by 12 women to provide service to the university and its community.

Several of Galván’s peers and former scholars came forward to nominate her for the award, citing her research as well as her contributions to teaching, mentoring, service to UCLA and promoting diversity, equity and inclusion. Beloved by her students, Galván has taught more than 10 different courses and seminars since her arrival in 2008, including two new undergraduate and three graduate courses she developed. One of them, a specialized seminar called “Puberty and Sleep,” is extremely popular with students who say they’ve learned a lot about their own sleeping habits from the class.

The daughter of parents who immigrated from Mexico City, Galván became the first in her immediate and extended family to earn a doctoral degree (a Ph.D. in neuroscience in 2006 from Cornell University). She serves as an exemplary role model, mentoring students through the Summer Program for Undergraduate Research — Life and Biomedical Sciences and the Brain Research Institute Summer Program for Undergraduate Research, both of which aim to engage underrepresented students in research opportunities.

“I had always longed for a mentor who would be able to provide me not only with exceptional advice, but also someone with whom I could feel a sense of community,” said Jasmine Hernandez, a former student of Galván’s and currently a predoctoral research fellow at Yale University. “Being a Latina first-generation woman has afforded its own challenges, but people like Professor Galván continue to make a significant impact on my life. She is definitely a powerhouse scholar in the field of developmental cognitive neuroscience and psychology.”

Named dean of undergraduate education in July 2020, Galván has already proposed new initiatives, including the establishment of a research center tasked with improving graduation rates, student learning and preparation for success after college with an emphasis on addressing equity and inclusion issues.

Galván, who is raising son Gustavo, 10, and daughter Lucia, 7, with her husband, William Lowry, a professor of molecular, cell and developmental biology at UCLA, said she was “ecstatic” when she found out she had won the Gold Shield Faculty Prize.

“I felt so much gratitude for the colleagues who nominated me. They each make UCLA a very special place,” she said.

As for the $30,000 award, Galván’s already got plans for spending it: “I’m excited to support a postdoctoral fellow on a new project related to learning and motivation during adolescence!”

This article, written by Wendy Soderburg, originally appeared in the UCLA Newsroom.