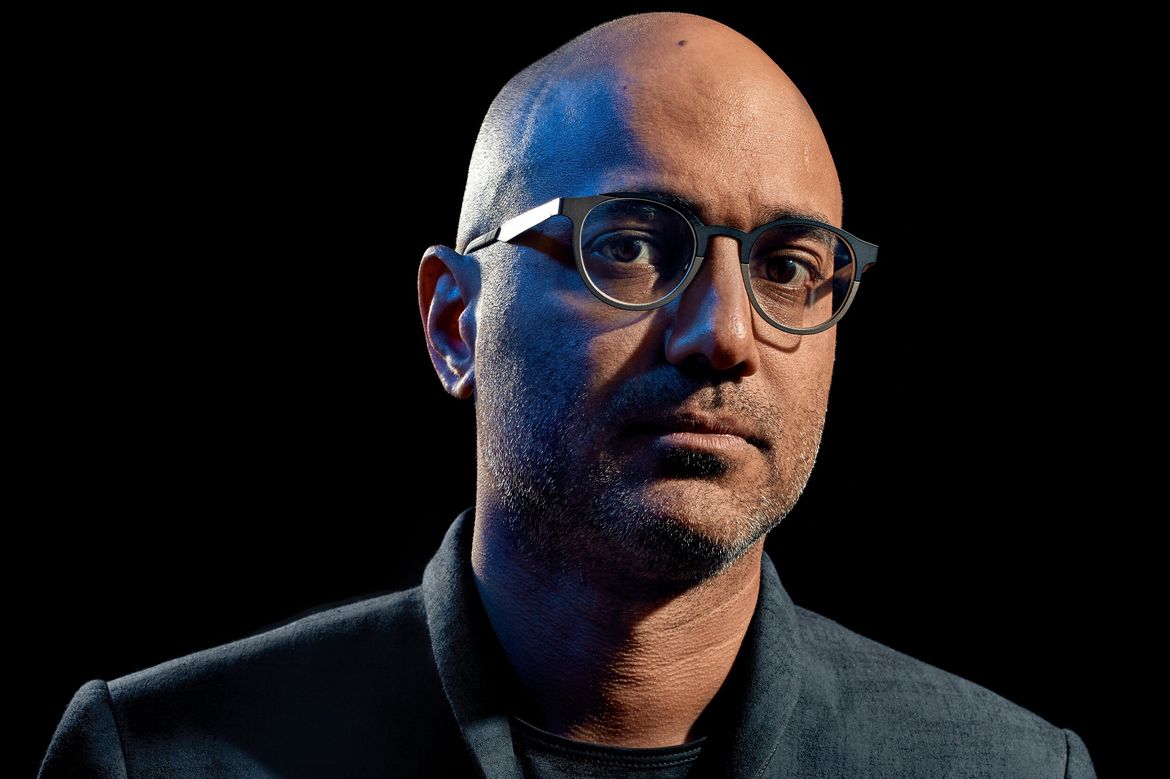 Akhtar won the 2013 Pulitzer Prize for drama for his Tony-nominated play “Disgraced.” (Courtesy of the Tuesday Agency)

Pulitzer Prize-winning author Ayad Akhtar will speak at the Luskin Lecture for Thought Leadership on Thursday, May 13 at 4 p.m. Following his remarks, Akhtar will take part in a conversation with Ali Behdad, UCLA’s John Charles Hillis Professor of Literature.

The online event is free and open to the public.

“This is an exciting opportunity to hear from one of the most creative and brilliant literary minds of our time,” said David Schaberg, senior dean of the UCLA College. “Ayad Akhtar is an outstanding storyteller and an incisive observer of the human experience, and we are honored to have him share his insights with us.”

Akhtar won the 2013 Pulitzer Prize for drama for his Tony-nominated play “Disgraced.” His other plays include “Junk,” which won the Edward M. Kennedy Prize for American Drama Inspired by American History and was nominated for a Tony, and “The Invisible Hand,” which earned an Obie Award, Outer Critics Circle’s John Gassner Award and Olivier Award.

Akhtar’s latest work is the novel “Homeland Elegies,” which explores the experiences of a Muslim man who, like the author, grew up in Wisconsin as the son of Pakistani immigrants. The Washington Post called it “a tour de force” and The New York Times noted it was “a beautiful novel … that had echoes of ‘The Great Gatsby’ and that circles, with pointed intellect, the possibilities and limitations of American life.”

Jennifer Mnookin, dean of the UCLA School of Law was one of the four UCLA deans who collectively chose to invite Akhtar to speak. She said “Homeland Elegies” was “the single most affecting, inspiring book” she has read during the pandemic.

“It is an extraordinary novel about the complexity of America, a beautiful interweaving of fact and fiction that explores identity, immigration, Islamophobia after 9/11, the process of literary creation and so much more,” Mnookin said. “It’s both a novel of ideas and a page turner.”

Akhtar’s first novel, “American Dervish,” has been published in more than 20 languages.

In 2017, Akhtar received an Arts and Letters Award for literature from the American Academy of Arts and Letters, the Steinberg Playwright Award and the Nestroy Theatre Prize. He has received fellowships from the American Academy in Rome, MacDowell, the Sundance Institute and Yaddo, for which he is also a board director. He is president of PEN America, the national nonprofit writers organization, and a board trustee at New York Theatre Workshop.

Visit the Luskin Lecture for Thought Leadership website to register for the livestream, learn more about the event and submit a question for the speaker.

The Luskin Lecture for Thought Leadership was established in 2011 through a generous gift from Meyer and Rene Luskin. Their vision in establishing the lecture series gave UCLA an opportunity to share knowledge and foster dialogue among scholars, leaders in government and business, and the greater Los Angeles community.

This article, written by Margaret MacDonald, originally appeared in the UCLA Newsroom.

How long is a day on Venus? Scientists crack mysteries of our closest neigh...
Scroll to top