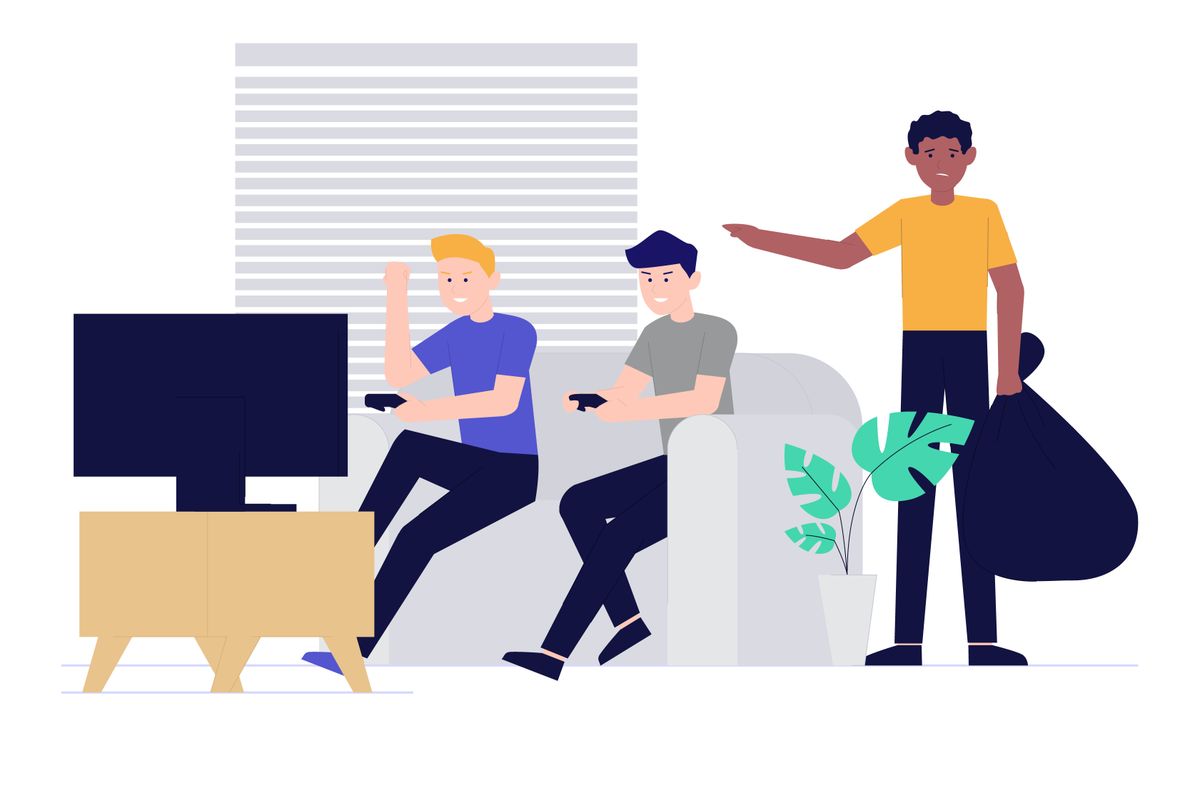 -They used names that signaled the race of the room seekers; all other information, including job and college-degree status, was the same.

-White-sounding names received the most responses, while those that signaled Black, Asian or Hispanic potential roommates got fewer responses.

-Emails with names that combined ‘Americanized’ first names with Asian or Hispanic last names got more attention than those with more typically ethnic first names.

In attitude, millennials might be the least racially biased demographic in America, according to existing data about this this group. But a new study led by UCLA professor of sociology S. Michael Gaddis reveals that when it comes to actions — like judging who would make a good roommate — millennials still show strong racial bias and anti-Blackness.

American millennials — those between the ages of 24 and 39 — are more racially and ethnically diverse than any other demographic and have higher levels of education. Multiple surveys have found that these individuals typically respond to questions about their beliefs, hypothetical actions and attitudes about race in ways that have been deemed “post-racial,” or more accepting and progressive than previous generations.

Gaddis and co-author Raj Ghoshal of Elon University decided to test whether that body of evidence translated into how millennials behaved when making real-world decisions, like who to accept as a roommate.

For this experimental study, published today in the open-access journal Socius, researchers responded to real Craigslist ads posted by millennials looking for roommates in Boston, Chicago and Philadelphia. The team used specific names that signaled the racial background of the room seeker, whether Asian, Black, Hispanic or white, and tracked responses to 4,000 email inquiries about the ads.

They found likely discrimination — in the form of fewer responses to their queries — against Asian, Hispanic and Black room seekers, even though each query about the open room included the same information on job and college-degree status. The only variable was the name of the applicants.

“Essentially, when it comes to many racial issues, we cannot just ask people what they think and trust that their response is truthful,” Gaddis said. “Researchers must use a specific type of field experiment that requires us to engage in deception by pretending to be someone we’re not — for example, a Black room seeker — and examine how people react when they don’t know they are being watched.”

The Craigslist ads themselves provided a lot of information on the age, gender and socioeconomic status of the posters, though not definitive details on each poster’s race. Although Gaddis and his team presume many of these posters were white, it’s likely that other racial or ethnic groups were engaging in discrimination as well.

Rates of response to people with Asian or Hispanic names showed the most variation, depending on the first names that were used, the researchers found.

“Queries that used more ‘Americanized’ versions of first names, paired with a last name that implied Hispanic or Asian background got more responses than those with more typical-sounding Hispanic or Asian first names,” Gaddis said. “We think that probably comes across as a signal of assimilation.”

To select names for the made-up room seekers, Gaddis relied on a data-driven approach that uses names and information on race from real birth records and tests individuals’ perceptions of race from those names. He has previously explored how names that give a clue to race have an impact on the success of job seekers and college applicants.

► Related: Gaddis’ research on the connections between names and race

There’s an evolving science around choosing names for experimental research like this, Gaddis said, because names can also bear intersecting signals of social, economic and generational status.

“I’ve done a lot of work to investigate how people read these signals from the names,” he said. People do see names differently, and not everyone will recognize a certain name as white or Black or whatever you intended to signal. It’s also difficult because the vast majority of African Americans in the United States do not have racially distinguished names.”

For every last name of Washington, for example, which is a common Black last name, there are a handful of Mark Smiths who are Black men, Gaddis noted. And someone looking at an application or email from a Mark Smith, might not assume that person is Black. That is why, for this study, Gaddis used names his previous research had shown were most widely recognized as Black-sounding.

The disconnect between attitude and actions when it comes to survey responses about race can be chalked up to what’s called “social desirability bias,” and it’s something to which Gaddis and other sociologists are always keenly alert. People hesitate to respond to questions in ways they think might make them come across as racist. Whether that hesitation is explicit or implicit doesn’t change the reality of the bias itself, he said.

Gaddis is also working on two related reports. One is a survey that asks millennials to respond to a series of questions about whether they would discriminate based on race and what characteristics they value when looking for a roommate. So far, those findings are telling, he said. The way people respond to such questions in a theoretical setting is far removed from the behavior this real-life example shows.

Another study will look at the kinds of neighborhoods that made-up roommate seekers are able to get responses from. Do people with Black-sounding names get fewer responses from potential roommates in more affluent or “nicer” areas, even though the information about their job and college attainment is the same as presumably white room seekers? The short answer: yes.

This research has far-reaching implications, Gaddis said, because as millennials age, they will be the leaders and decision makers that drive our culture.

“Our study suggests that as millennials continue to gain access to positions of power, they are likely to perpetuate racial inequality rather than enact a post-racial system,” the researchers write.