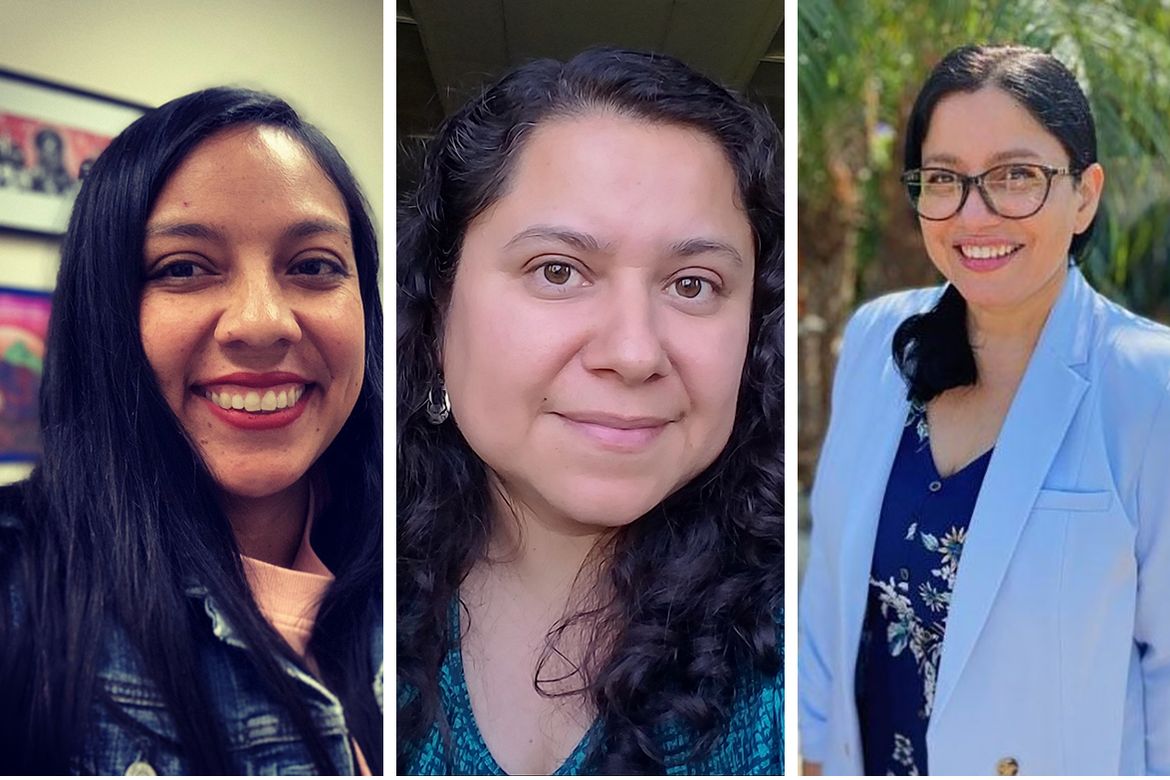 Though named after a renowned labor leader of Mexican American heritage, the UCLA César E. Chávez Department of Chicana and Chicano Studies has been, since its founding in 1993, a diverse ideological container that allows vital scholarship centered on many different perspectives and nationalities to thrive.

So as the 2019–2020 school year began in July, leaders in the department finalized a broadly supported plan to add “Central American” to the official name. And thus, the UCLA César E. Chávez Department of Chicana and Chicano and Central American Studies was born. Far more than an internal name change, it’s a move that reflects the department’s already established approach to embrace research, teaching, advocacy and lived experiences that countervail the narratives of criminality, victimhood and deportation that persist about people from Central America.

“We need to lead the way nationally. And hopefully through that effort, we will open bridges and spaces where we learn more about each other,” said Leisy Abrego, the new department chair. Abrego is a member of the first large wave of Salvadoran immigrants who arrived in Los Angeles in the early 1980s. She has been teaching courses about Central American politics and migration and immigrant experiences at UCLA for years.

“The demand was for a department name that reflected the work that we have been doing for some time,” she said. “So adding ‘Central American’ is a recognition of that, and an acknowledgement of our Central American students and colleagues.”

The work of re-framing perceptions of Central America has become increasingly important over the last several years, largely in the wake of increased migration from the region, particularly from El Salvador, Guatemala and Honduras, as migrants flee war, privation and violence — often the result of U.S. foreign policies. This migration has been met with increasingly strident and cruel immigration policies at the U.S.–Mexico border.

At UCLA the desire to shine a different kind of light on Central America has also resulted in the recent formation of community-building student group UNICA de UCLA (Union Centroamericana) and the graduate-student support group, Central American Isthmus Graduate Association, known as CAIGA.

Karina Alma has been part of the that progress, having joined UCLA as a lecturer in 2013. She became an assistant professor in 2019 and teaches a wide range of Latino, Chicano and Central American topics for the department.

“A move like this brings visibility, it brings presence, which also helps counter sensationalist stereotypes,” she said. “When I teach, I let my students know I am a Salvadoran woman, that I still consider myself an immigrant woman, though I was born and raised in Pico-Union in the inner city of L.A. That transparency and perspective is important.”

“Our communities intersect in the very bodies of our students,” she pointed out. “Many of our students are actually Salvadoran and Mexican, Honduran and Chicano. It’s about more than just what’s there in the written text we study. It’s about how we live our lives and how we treat one another.”

In the past, Central American scholarly topics have been exoticized or hyperfocused on politics and war, primarily from the gaze of American or European writers, she said.

Layered within the those intersecting communities is the concept of indigeneity and the dual identities carried by many people from Central America, especially Guatemala, where the population is still majority Indigenous.

Floridalma Boj Lopez, who migrated from Guatemala to Los Angeles when she was 2 years old joined the department as an assistant professor in July and is teaching a course this fall focused on the topic of indigeneity and the role it plays as Central American migrants move through transnational spaces.

As an undergraduate at UC Santa Cruz taking courses in Latin American and Central American Studies, Boj Lopez often thought about how she might center and approach Central American studies differently from her position as a member of the community.

“It’s important to have students exposed to people who come from these particular communities, but also who remain committed to the future of those communities,” Boj Lopez said. “That’s often how I articulate what it means for me to be Maya and to be an academic — is that I’m talking about a group of people whose future and my future are intertwined.”

Thinking about these multiple identities and how they transcend borders and labels is nuanced.

“But if you go at a pace that makes sense, but also remain open to challenging what students think, even those who are not indigenous respond really well,” Boj Lopez said. “They learn about themselves and they learn about what it means to be an ally to indigenous migrants.”

Boj Lopez said she is eager to see the pipeline of Central American academics continue to expand. And she chose to come to UCLA because she wanted to stay in the city she loves and be part of the campus’s social justice efforts.

“As public university in one of the largest cities in the world, we felt our department had an obligation to more faithfully represent the diverse Latino communities of L.A.,” Avila said. “We believe our department is the perfect place to bring a focus to Central American history, identity and culture.”

France Córdova, internationally renowned astrophysicist and the first woman to be appointed chief scientist for NASA, will deliver UCLA College’s fifth Luskin Lecture for Thought Leadership on Nov. 10, titled “The Learn’d Astronomer Discovers the Policy World.” Córdova is the former director of the National Science Foundation and served in five presidential administrations. 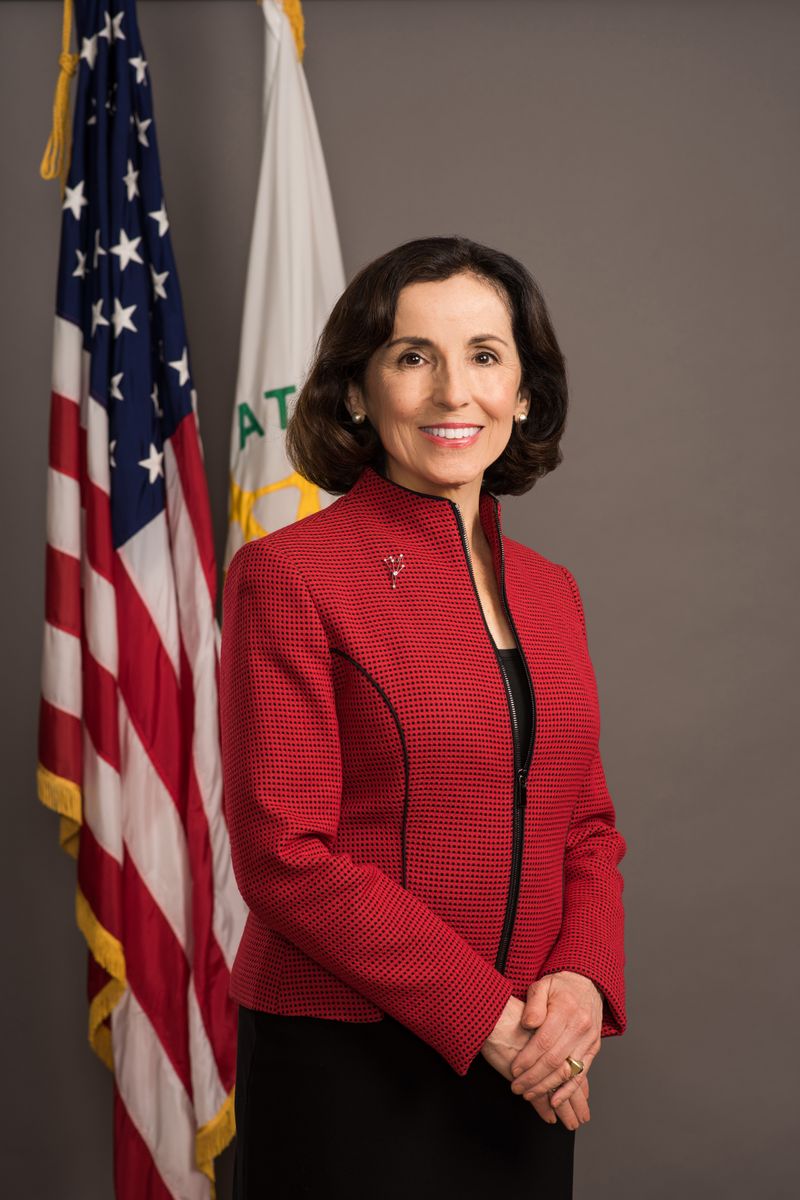 Córdova will discuss the world of science policy, which affects scientific progress as much as scientific discoveries themselves. Through examples such as the writing of the U.S. Constitution to the present day challenges faced by universities and federal science agencies, she will illustrate how difficult — and important — it can be to form good policy.

Registration is required for this virtual event, which is free and open to UCLA students, alumni and the general public. Following her talk, Córdova will take part in a moderated discussion informed by questions submitted by students and alumni.

“As an influential leader and trailblazer in science, engineering and education, France Córdova offers invaluable perspective on meeting the challenges of our rapidly changing world,” UCLA Chancellor Gene Block said.

During her career as a scientist, Córdova specialized in multi-spectral research on X-ray and gamma ray sources and in developing space-borne instrumentation. She was the first woman to be appointed president of Purdue University and the first Latina chancellor of UC Riverside. She previously served as vice chancellor for research at UC Santa Barbara. Córdova also served as chair of the board of regents of the Smithsonian Institution and on the board of trustees of Mayo Clinic. She holds a bachelor’s degree from Stanford University and a doctorate in physics from the California Institute of Technology.

Among her numerous honors, Córdova is the recipient of NASA’s Distinguished Service Medal — the agency’s highest honor, and the Kilby International Award, which is presented for significant contributions to society through science, technology, innovation, invention and education. She is an elected member of the American Academy of Arts and Sciences, a National Associate of the National Academies, an honorary member of the Royal Irish Academy and a fellow of both the American Association for the Advancement of Science and the Association for Women in Science. She was appointed to the board of trustees of Caltech in June.

“France Córdova’s groundbreaking achievements are inspiring to all who value progress and discovery,” said David Schaberg, senior dean of the UCLA College. “Her Luskin Lecture will undoubtedly motivate and challenge all of us to create a better world through education and exploration, as she herself as done.”

The Luskin Lecture for Thought Leadership was established in the UCLA College by Meyer and Renee Luskin in 2011 as part of a transformative gift to UCLA. Their vision in establishing the endowed lecture series gives the UCLA College an opportunity to share knowledge and expand the dialogue among scholars, leaders in government and business, and the greater Los Angeles community.