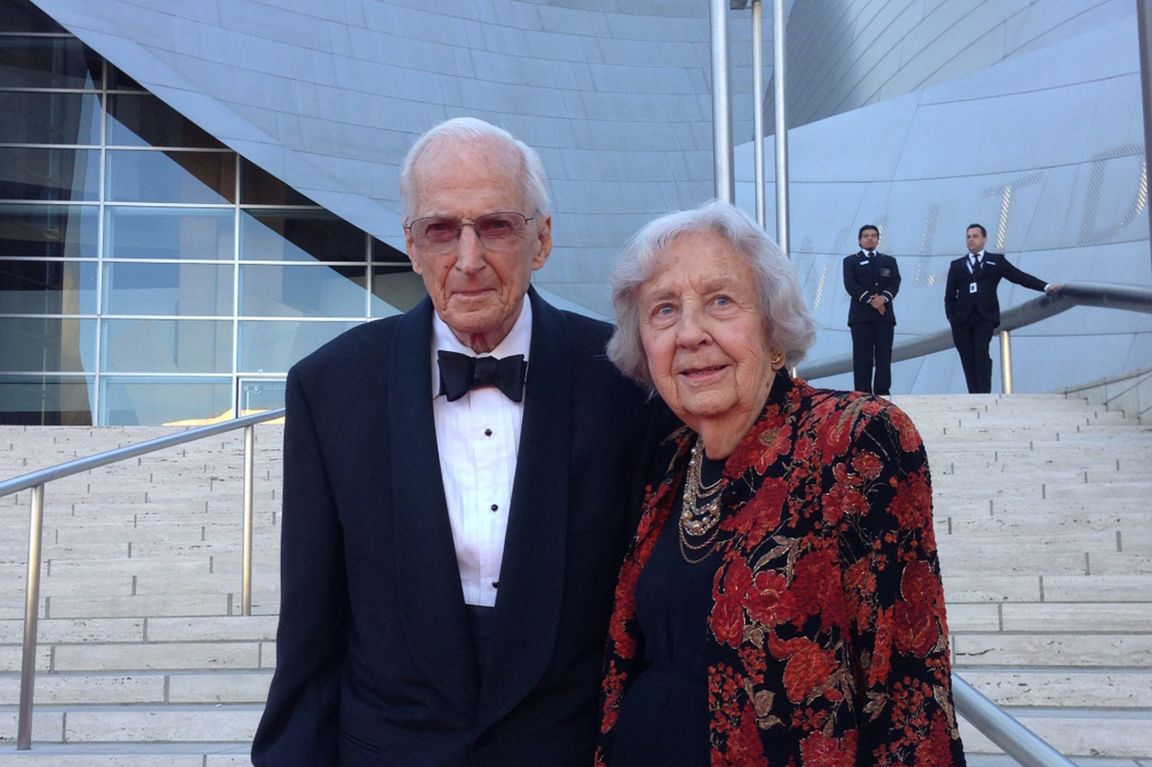 UCLA has received more than $8.7 million from the estate of the late Bernice Wenzel and Wendell “Jeff” Jeffrey, UCLA professors who were well known for their longtime commitment to the university.

More than $4.5 million of their gift will support four faculty chairs, scholarships, fellowships and colloquia in the UCLA College’s psychology department. The couple had previously endowed the department’s annual Jeffrey Lecture series and the Wendell Jeffrey and Bernice Wenzel Term Chair in Behavioral Neuroscience.

“Bernice Wenzel and Wendell Jeffrey were incredible supporters of UCLA Psychology and firm believers in collaborative education and research among students and faculty alike,” said department chair Annette Stanton. “We are deeply grateful for their own contributions to science and society and for their continuing commitment to training talented students and retaining exceptional faculty.”

The rest of the funds will support the Hammer Museum at UCLA, the UCLA Emeriti/Retirees Relations Center and the UCLA Library, along with the annual Henry J. Bruman Chamber Music Festival in the UCLA College’s division of humanities. The range of benefiting areas highlights Wenzel’s and Jeffrey’s diverse interests. Lifelong learners, the two led distinguished careers as scientists but also enjoyed music, art and travel together, giving not only to UCLA but also to the Los Angeles Philharmonic and the Ojai Music Festival.

The couple maintained a unique connection with UCLA, where they spent significant portions of their careers. Wenzel was a professor in the department of physiology and the department of psychiatry and biobehavioral sciences and served as an assistant dean for educational research at the medical school from 1974 to 1989. Known for her groundbreaking discovery that pigeons smell and use sight and sound to guide themselves, she also helped break the glass ceiling as part of the first generation of female professors.

Jeffrey was a developmental psychologist in the psychology department, studying the learning processes of young children and mentoring graduate students by supervising research, facilitating collaboration and introducing them to well-known experts. Many of his protégés went on to become professors themselves.

The two hosted numerous student gatherings on campus and at their home, and they remained deeply engaged with UCLA after their retirement. They regularly visited campus, and Wenzel served as president of the emeriti association in 1994–95. She also was part of the Wednesday Group, a group of retired faculty and campus leaders that continued to meet weekly at the Faculty Center. Jeffrey died in 2015 and Wenzel in 2018.

“Bernice and Wendell were Bruins through and through, and their investment in education and the arts at UCLA will remain a fitting testament to their generosity and wisdom,” said Lynn Andrews, the couple’s niece, who recalls visiting her aunt and uncle on campus and benefiting from their philanthropic and artistic influences. “Having them in the family — whether my own or UCLA’s — was always an extra-special blessing.”

Faculty get creative to teach perspectives on the COVID-19 pandemic

In Conversation with Bradley Burnam ’01