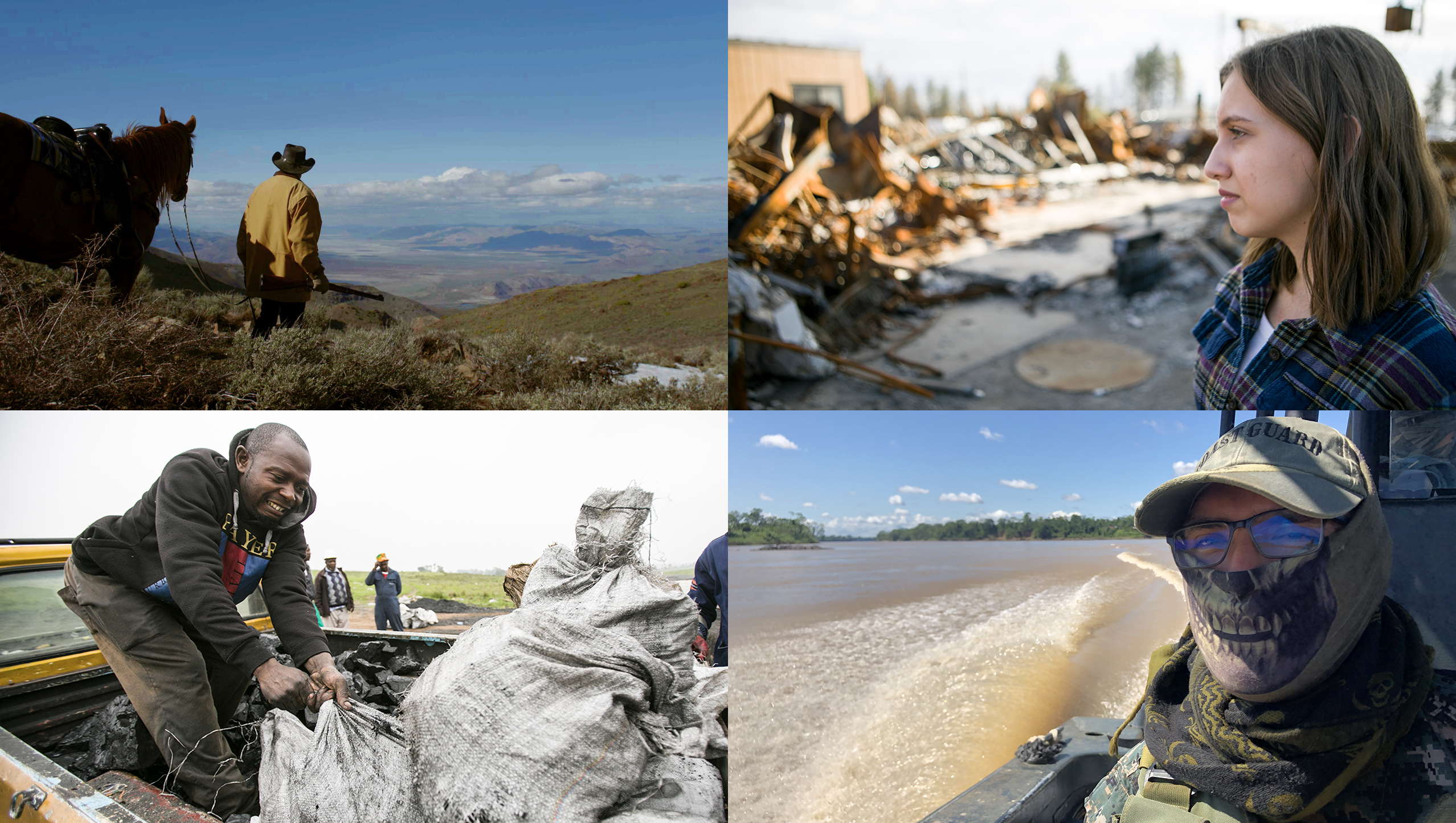 Anew documentary exploring environmental politics, which was researched, reported and produced by UCLA faculty and students in conjunction with the Southern California public media channel KCET, is slated to air in September as part of the locally produced environmental series “Earth Focus.”

This is the third season of “Earth Focus” that UCLA’s Laboratory for Environmental Narrative Strategies has worked on. LENS advised on three of the episodes in this year’s series and co-produced the fourth, a feature-length documentary. Launched in 2007, the series is the longest-running investigative environmental news program on U.S. television and features reports about the changing environment and how it affects people around the world.

The 90-minute documentary, “The New West and the Politics of the Environment,” focuses on Nevada Sen. Harry Reid’s work on sustainability. The film looks at topics like bipartisan solutions to water wars and land conservation, compromises between progressive urban areas and conservative rural areas, and equitable energy transitions from coal to renewable energy.

LENS co-founder Jon Christensen, a UCLA adjunct assistant professor and member of the Institute of the Environment and Sustainability, served as executive producer on the documentary. In collaboration with the filmmaking team at KCET, Christensen’s work included researching and shaping the story, interviewing subjects, and overseeing UCLA students working as researchers, reporters and writers on the series.

UCLA fourth-year political science student Lucas Holtz investigated environmental initiatives emerging in the western United States, while Spencer Robins, a graduate student in English, delved into Reid’s archived congressional papers, many of which were fortunately digitized before the pandemic quarantine.

Shouhei Tanaka, also a graduate student in English, researched the history of California’s reliance on coal and fossil fuels and turned it into an online article that will run with an “Earth Focus” episode about coal mining in South Africa. Geography grad student Alexandria Herr researched and wrote an article for the website about the environmental legacy of mercury used in the California gold rush, which will run as a companion piece to an episode about illegal gold mines in Peru.

“In a political season that’s as polarized as we’ve ever seen, we want to tell these stories showing that environmental politics are complicated and nuanced, and there are different paths being forged on the ground,” Christensen said. “Even among politicians who are opposed to funding climate change research, in the Midwest for example, there are many who care deeply about how changing weather patterns, drought and flooding affect farming.”

KCET partnered with the Thomson Reuters Foundation for the international filmmaking. While LENS’ work focused on the feature-length documentary, all the partners gathered for weekly calls on story development, providing Christensen and the UCLA students a voice in the development of the other three episodes in the series.

“Earth Focus” airs on KCET and Link TV beginning on Sept. 8 at 8 p.m. with “The Youth Climate Movement around the World,” and culminates with “The New West and the Politics of the Environment” on Sept. 29.

What the wildfires tell us about the shortcomings of California’s electric...
Scroll to top