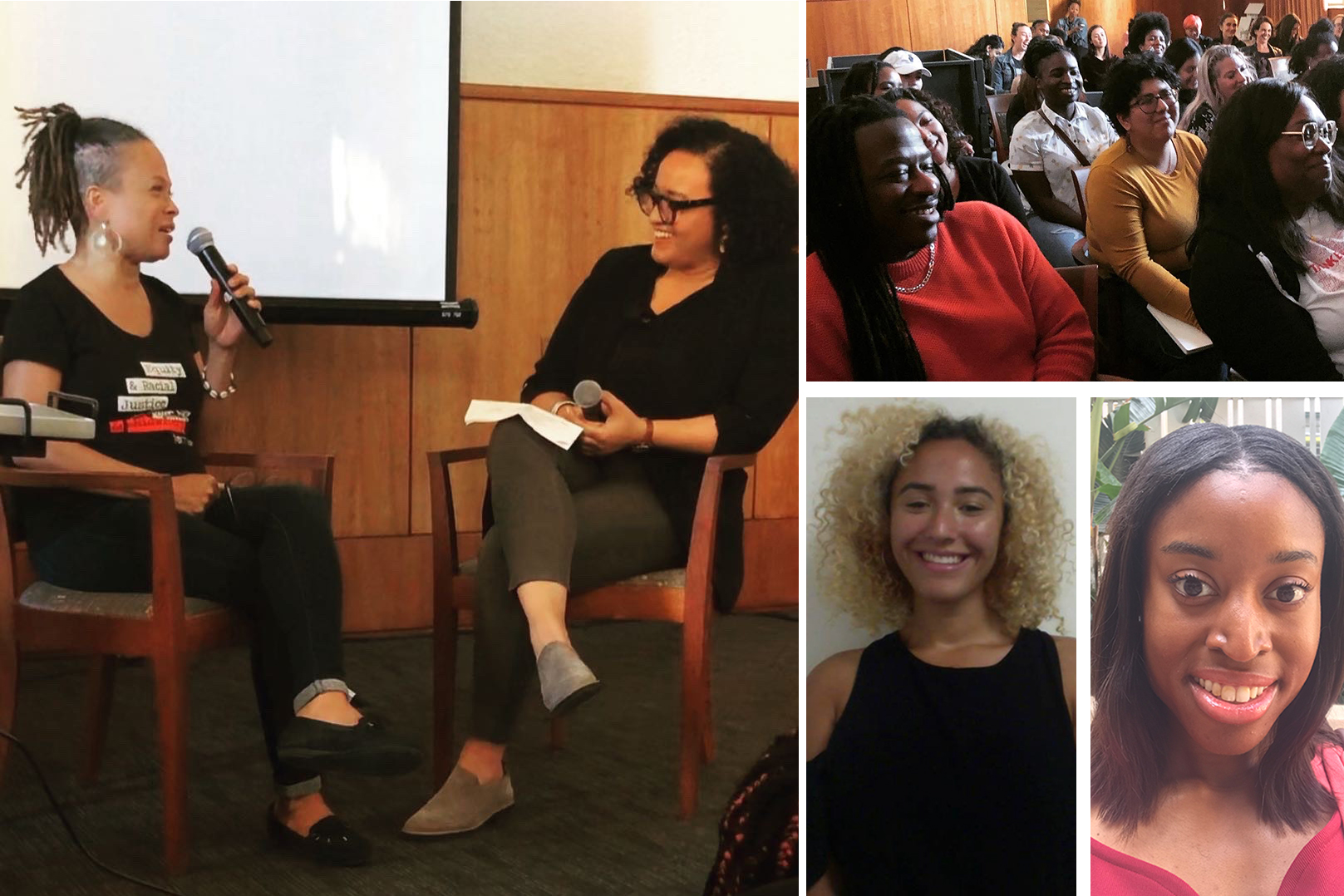 If higher education can be thought of as a superhighway to success and social mobility, Black women have always had to manufacture their own vehicles to access it. They must navigate a system whose fastest on-ramps, most well-maintained lanes, bridges and sources of replenishment were founded and structured to best support those who are white, or male, or both.

Against the backdrop of rampant health, social and economic inequality, women studying and working at universities know that systemic inequities won’t change without radical thinking and eventually a radical restructuring of what the academy itself represents and how it functions.

To support that paradigm shift, in late fall 2019 UCLA’s Center for the Study of Women, with backing from the division of social sciences in the UCLA College, launched the Black Feminism Initiative. The mission of the initiative is to support, develop and perpetuate Black feminist scholarship and ideas among the campus community. They do this by way of fellowships, mentorships, public programming and they are also developing collaborations with community organizations to advance these goals.

The need for such a group was acute, and the voices they can bring to the current cultural conversation around social justice are critical, said Sarah Haley, who directs the Black Feminism Initiative.

The initiative also serves as a means of mutual aid for the interdisciplinary approach and community-engaged research of its graduate students, which is often undervalued not only by the structures of academia writ large, but sometimes, members say, even by their own institution.

The idea for the Black Feminism Initiative originated from a course taught by Haley, a professor of gender studies and African American studies at UCLA . About 15 students are currently involved in the initiative, which is in the early phases and is not necessarily limited to Black women, or even just women. There are four affiliated faculty in this early phase and the group is working to expand.

Haley is proud that Black Feminism Initiative offers two graduate fellowships: one named for Alisa Bierria, a professor of African American studies at UC Riverside; and the other for Mariame Kaba, researcher in residence at the Barnard Center for Research on Women. Bierria and Kaba are leaders of Survived and Punished, a group dedicated to advocating for the release of incarcerated women who are themselves survivors of violence.

“We’ve had a lot of conversations about a variety of Black feminist research practices and what does it mean for us to be Black feminists at UCLA, but also what does it mean to do our research in a way that really values the lives and contributions of Black women personally,” said Jaimie Crumley, a fourth-year doctoral student in gender studies who serves as one of the initative’s student coordinators. Crumley’s work is historically based, about 19th century free Black women who were abolitionists.

“These days we call that anti-carceral feminism, but it’s really about abolition,” she said. “We’re having a lot of conversations about archives and the silence and the violence that is done to Black women just because of the way that our stories are remembered or captured in official state archives. We’ve also had a lot of conversation about digital life and how Black women are represented online.”

Thinking about care and community

Confronting the very visible disproportionality of care for Black women is also a major theme for members of the group, from how Black nurses and essential workers have been affected by COVID-19, to the vulnerabilities of Black women to violence, both state and individual, to the fact that Black women are so much more likely to die in childbirth than other women.

“The scholarship we’re doing is related to our own survival and the survival of people who are in communities that we care about,” Crumley said.

Maternal mortality was the theme of the group’s inaugural public event, held shortly before the safer-at-home order took effect. The initiative invited Kimberly Durdin, a midwife and founder of Kindred Space LA, to campus to have a discussion with initiative member Ariel Hart, who is working on her doctorate in sociology and her medical degree.

“We really want to be pioneering new forms of community-engaged scholarship,” Haley said. “We want to blur the lines between what counts as scholarship in the academy and foster scholarship via what serves the work of people in our communities.”

Initiative co-coordinator Kali Tambree, a fourth-year doctoral student in sociology, has had to find new approaches toward her dissertation without current access to the archives upon which she relies. The Black Feminism Initiative has become an invaluable part of her experience at UCLA.

“Sarah and Jaimie have done a lot of work to set the goals and standards and pressing questions,” said Tambree, who organized the 2019 Thinking Gender conference, titled “Feminists Confronting the Carceral State.” “I’ve never been in a space that is so joyful, and vulnerable and courageous. It just feels really good to be able to talk about how the world feels for you and what type of historically grounded writing and thinking can help guide us as we shape ourselves.”

Courage and vulnerability are part of the package for abolitionist thinkers, Tambree pointed out.

“An abolitionist organization existing within the academy must have some investment in undermining the academy’s continuation as is,” Tambree said. “Anyone who is interested in unraveling the world as we know it and imagining a new one can’t continue to support the old one.”

That means, the academy can no longer remain a privileged space, she said.

“Being in an academic space with other people who identify as Black feminist abolitionists allows for a really urgent and necessary conversation and collaboration — and kind of support system — as we individually and as a collective navigate that reality,” Tambree said.

Making higher education and UCLA more aware of the work of Black feminists of the past, present and future is an important part of the group’s mission, Haley said.

“Mentorship and grad support are a critical facet of the Initiative, but our broader vision is to circulate new ideas for all faculty, students and the community as well,” she said.

In a world that seems more ready than ever to confront the enduring logics and racist underpinnings of settler colonialism, capitalism, the hetero-patriarchy and anti-blackness, Initiative student leaders are looking to harness the current state of virtual learning to best effect.

“One thing that’s going to be really exciting for the group this year with us being more online is that some of our workshops might be more open to more people,” Crumley said. “We’ve been talking about scholars and activists and performance artists who can join us on Zoom and lead workshops with us.”

This story is part of a series highlighting UCLA women whose teaching, scholarship and research centers on racial and social justice.