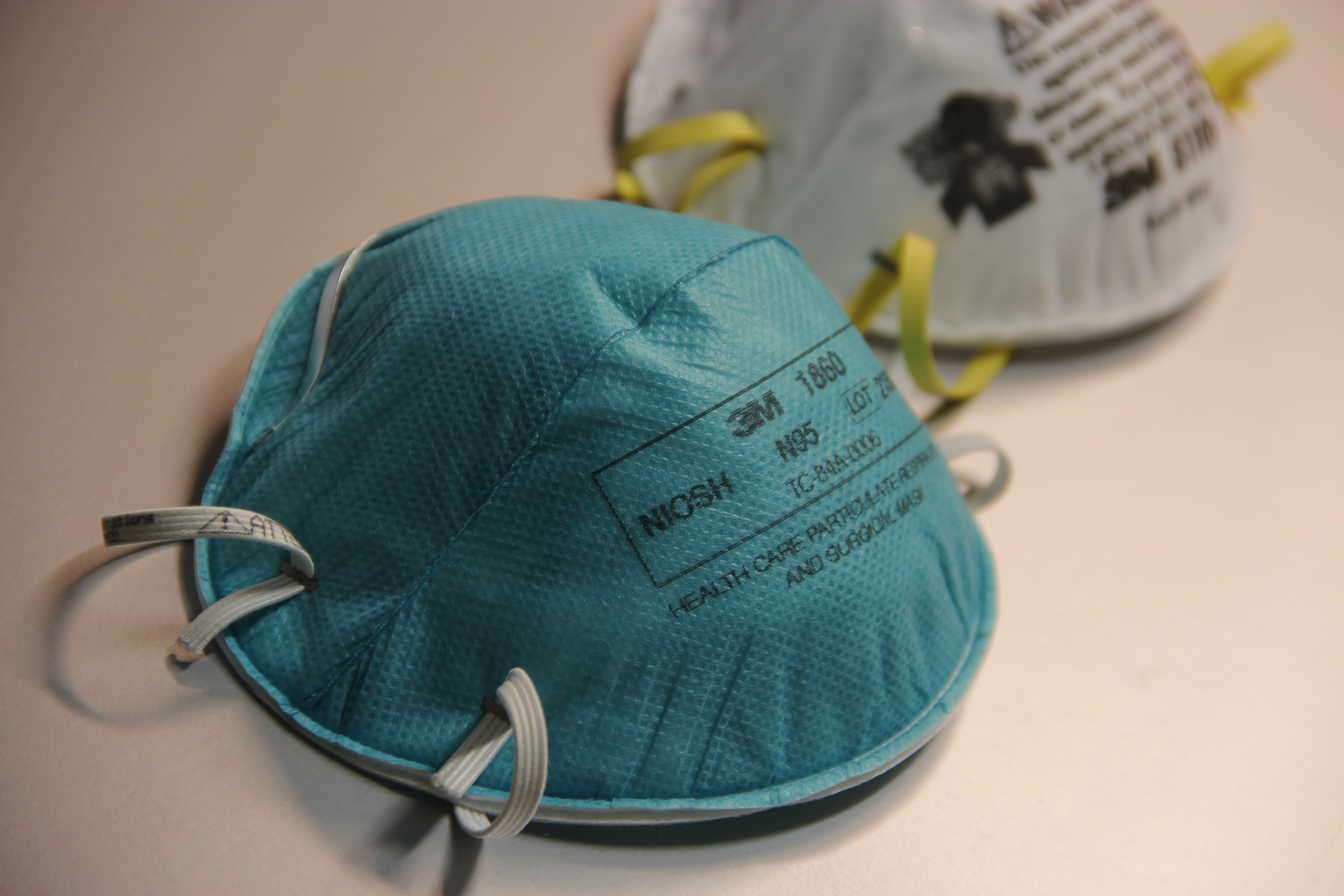 N95 respirators, which are widely worn by health care workers treating patients with COVID-19 and are designed to be used only once, can be decontaminated effectively and used up to three times, according to research by UCLA scientists and colleagues.

An early-release version of their study has been published online, with the full study to appear in September in the journal Emerging Infectious Diseases.

N95 respirators reduce exposure to airborne infectious agents, including SARS-CoV-2, the virus that causes COVID-19, and are one of the key pieces of personal protective equipment used by clinical workers in preventing the spread of the virus. Critical shortages of these masks have driven efforts to find new decontamination methods that can extend their use.

“Although N95 respirators are designed for just one use before disposal, in times of shortage, N95 respirators can be decontaminated and reused up to three times,” said James Lloyd-Smith, a co-author of the study and a UCLA professor of ecology and evolutionary biology. “But the integrity of the respirator’s fit and seal must be maintained.”

The investigators then treated fully intact, clean respirators with the same decontamination methods to test their reuse durability. Employees with the National Institutes of Health’s Rocky Mountain Laboratories in Montana volunteered to wear the masks for two hours to determine if they maintained a proper fit and seal over the face. The scientists decontaminated each mask three times, using the same procedure with each.

The masks treated with vaporized hydrogen peroxide experienced no failures, suggesting they potentially could be reused three times, Lloyd-Smith said. Those treated with ultraviolet light and dry heat began showing fit and seal problems after three decontaminations, suggesting these respirators potentially could be reused twice.

The study authors concluded that vaporized hydrogen peroxide was the most effective method because no traces of the virus could be detected after only a 10-minute treatment. They found that ultraviolet light and dry heat are also acceptable decontamination procedures, as long as the methods are applied for at least 60 minutes.

The ethanol spray, the scientists discovered, damaged the integrity of the respirator’s fit and seal after two sessions, and they do not recommend it for decontaminating N95 respirators.

The researchers stressed that anyone decontaminating an N95 respirator should closely check the fit and seal over the face before each reuse.

Co-authors of the study include Amandine Gamble, a UCLA postdoctoral researcher in Lloyd-Smith’s laboratory, as well as researchers with Rocky Mountain Laboratories, part of the NIH’s National Institute of Allergy and Infectious Diseases.

In a widely cited study, Lloyd-Smith and colleagues reported in March that the virus that causes COVID-19 remains for several hours to days on surfaces and in aerosols.