You are here: Home / Featured Stories / Box 4 / Discovery opens up new path in study of marine evolution and biodivers... 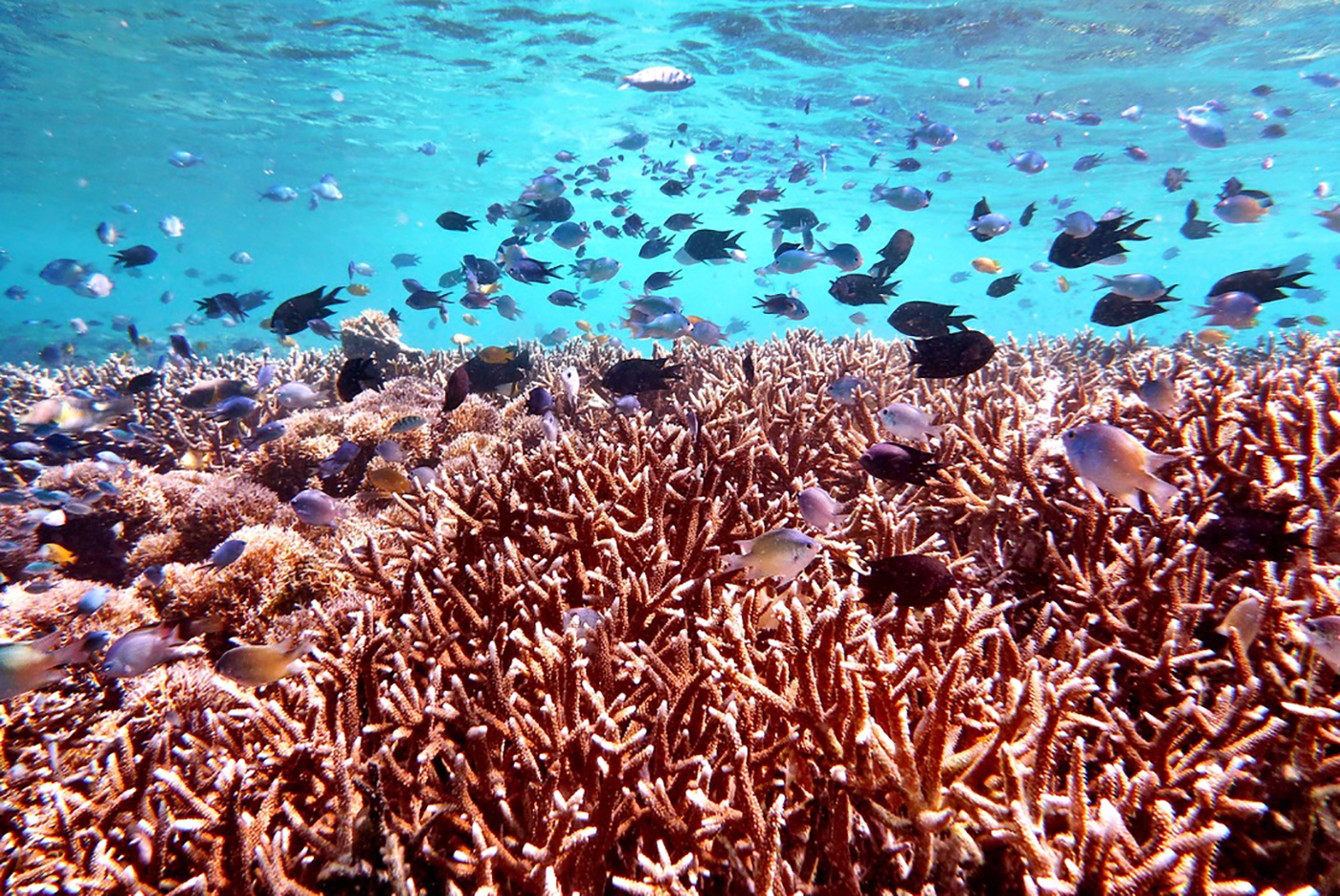 Two studies — one of reef-dwelling marine snails, the other of similar mollusks called nudibranchs — show for the first time that new species of both groups may be emerging as a result of host-switching, (Photo Credit: Sara Simmonds/UCLA)

New UCLA research indicates that an evolutionary phenomenon never before observed among marine life could help explain why there is such immense biodiversity in the world’s coral reefs and the ocean beyond.

Two studies — one of reef-dwelling marine snails, the other of similar mollusks called nudibranchs — show for the first time that new species of both groups may be emerging as a result of host-switching, in which populations of these animals that rely on a single species of coral for food and habitat switch to a new coral species, leading to wide genetic and physical differentiation. The phenomenon had only been seen previously in viruses, insects and several other organisms.

“This is the first time that anyone has seen this, but no one has ever looked,” said UCLA professor of ecology and evolutionary biology Paul Barber, whose lab conducted both studies. “This very well could be the tip of the iceberg.”

The findings suggest the possibility that the formation of new and distinct marine species through host-shifting may occur among other marine organisms as well, Barber said, opening up new avenues for research into the causes of marine biodiversity.

On land, new species are typically thought to evolve when natural barriers like mountains, canyons or rivers separate individuals or groups from one another. The ocean, however, has different barriers, including reef structures and currents, both of which contribute to host-shifting among snails and nudibranchs, the researchers note.

The larvae of snails and nudibranchs that subsist on a single species of coral will at times be swept away by ocean currents; if they aren’t lost or eaten, they can land on an entirely different coral species, where they imprint and spend their whole lives. Eventually, the scientists say, a generational line of snails or nudibranchs will evolve to prefer that particular coral and form a new species.

“It’s pretty likely that the corals are helping the nudibranchs form new species, in a way,” said Allison Fritts-Penniman, lead author of the nudibranch study, which reported a three-fold increase in known species for this group. “The more corals they can live on, the more different nudibranch species can evolve.”

The two new papers may mark the beginning of marine speciation discoveries — for nudibranchs and snails, which are common but understudied, as well as more broadly, said Sara Simmonds, lead author of the snail study, which used genomics to catch speciation in the act.

“Finding that divergence and speciation can happen in the oceans even with gene flow is an important discovery, not just for the marine environment but also for understanding evolution and speciation in general,” Simmonds said.

Both studies focused on a relatively small area of the western Pacific Ocean known at the Coral Triangle, which has one of the highest levels of biodiversity in the world, including 600 different coral species.

“If there are so many corals, and so many of them have these strong associations, this very well could be an incredibly important process in generating all of this diversity,” said Barber, who also stressed the importance of protecting reef systems like the Coral Triangle from the devastating effects of climate change and industry-related threats.

The Coral Triangle spans roughly 6.3 million square miles, accounting for about 1.6% of the world’s oceans, and is bordered by several countries, including Indonesia, the Philippines and Papua New Guinea. With hundreds of coral species and thousands of species of fish and other marine organisms, it is, Barber says, one of the most biodiverse, least studied and most threatened locations in the world.

While coastal development, unsustainable tourism and habitat destruction through “bomb fishing” with homemade explosives all pose significant dangers to the region, the biggest threat is climate change, which is damaging the reefs that underpin the Triangle’s biodiverse ecosystem. Ocean warming, acidification and rising sea levels are causing mass coral bleaching, in which coral expel living algae from their tissues and turn completely white; this can lead to coral death if the stressful conditions continue for too long. The World Wildlife Fund predicts that at the current rate of climate change, the Coral Triangle will disappear by 2100.

Major climate change–induced damage to the region’s biodiversity also puts the economies of the surrounding countries at risk, Barber notes, and a collapse of the marine ecosystem would result in the destruction of the region’s vast fishing industry and subsequent food insecurity for hundreds of millions of people.

Continuing to carry out research to boost our understanding what generates biodiversity in the Coral Triangle and other reefs is one of the major keys to protecting them in the fight against climate change, Barber said.

Even the public is getting involved in furthering that understanding, with citizen snorkelers and divers all over the world contributing to an effort by the nonprofit iNaturalist, a joint initiative of the California Academy of Sciences and the National Geographic Society, to search for new coral-associated nudibranch species and helping scientists with the fieldwork needed for further study.

“The Coral Triangle is the world’s largest, most biodiverse marine ecosystem,” said Barber. “There is still so much to learn from it.”

40 UCLA scientists among world’s most influential scholars, based on citations