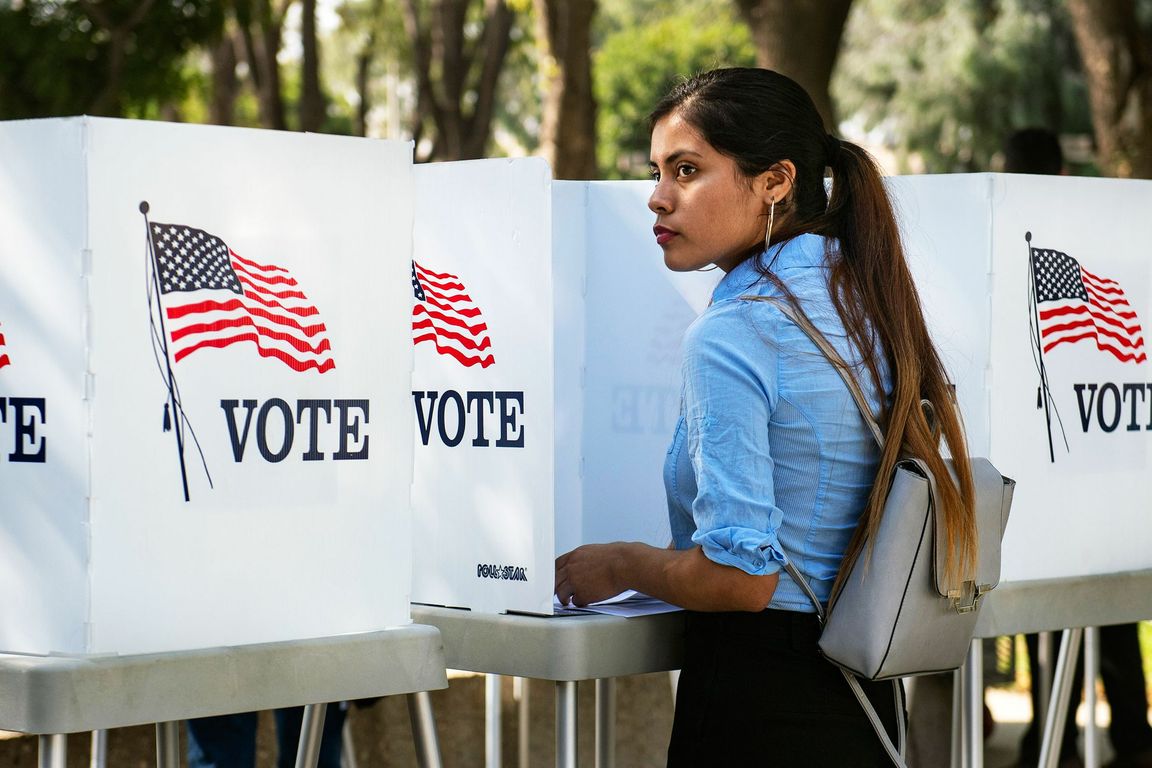 A UCLA report published today shows that Asian Americans and Latinos in California, Texas and Virginia went to the polls in smaller numbers in the 2020 primaries than they did in the primary elections four years ago. Because those three states have large Asian American and Latino populations, the findings may signal that Democratic political campaigns have more work to do to engage those voters before the November elections.

The report, by the UCLA Latino Policy and Politics Initiative and the UCLA Asian American Studies Center, analyzed precinct-level data in the Democratic Party’s nominating contests through March 17, when Joe Biden became the party’s presumptive presidential nominee. Its goal was to determine Latino and Asian American voters’ preferred candidates in each of 10 states with large Asian American and/or Latino populations.

Researchers studied results from California, Florida, Illinois, Iowa, Massachusetts, Nevada, North Carolina, Texas, Virginia, and Washington. (In Illinois, the authors focused only on precincts in Chicago due to data limitations and its large Latino population.) Those states represent almost one-third of Democratic Party delegates, and half of them are seen as battleground states for the presidential election.

“Campaigns across the country need to engage voters in their vision for a prosperous future,” said Natalie Masuoka, a UCLA associate professor of political science and Asian American studies, and the report’s lead author. “We believe that tapping the potential of the subset of voters of color is critical to electoral victory for Democratic candidates who are relying on the support of the Latino and Asian American vote, and there is still time for campaigns to get outreach right.”

In the report’s preface, Sonja Diaz, founding director of the UCLA Latino Policy and Politics Initiative, offers insights on how the findings can provide a call to action for campaigns that are courting Asian American and Latino voters. She focuses on three key points:

The study also revealed that fewer ballots were cast in high-density Latino precincts in Los Angeles County and Orange County, California, in the 2020 primaries than in the 2016 primaries. The authors suggest this might have been due to changes to election procedures, including polling location closures and the creation of new vote centers. Those figures also might indicate that education efforts didn’t reach Latino voters. As advocacy for voting by mail grows nationally, the data from California highlights the need for improved outreach when election procedures change.

Diaz said the COVID-19 pandemic will make traditional outreach tactics such as in-person rallies and door-to-door canvassing more difficult, but there is still time to implement plans to reach two of the nation’s fastest-growing voting blocs.

“The 2020 election will not only decide control of the White House and the United States Congress, but down-ballot races that will decide redistricting, economic recovery, police reform and our fragile social safety net,” she said. “Asian American and Latino voters have an opportunity to make their voices heard on those issues in the coming election, but it’s clear that candidates and campaigns must engage with America’s diverse electorate prior to November.”