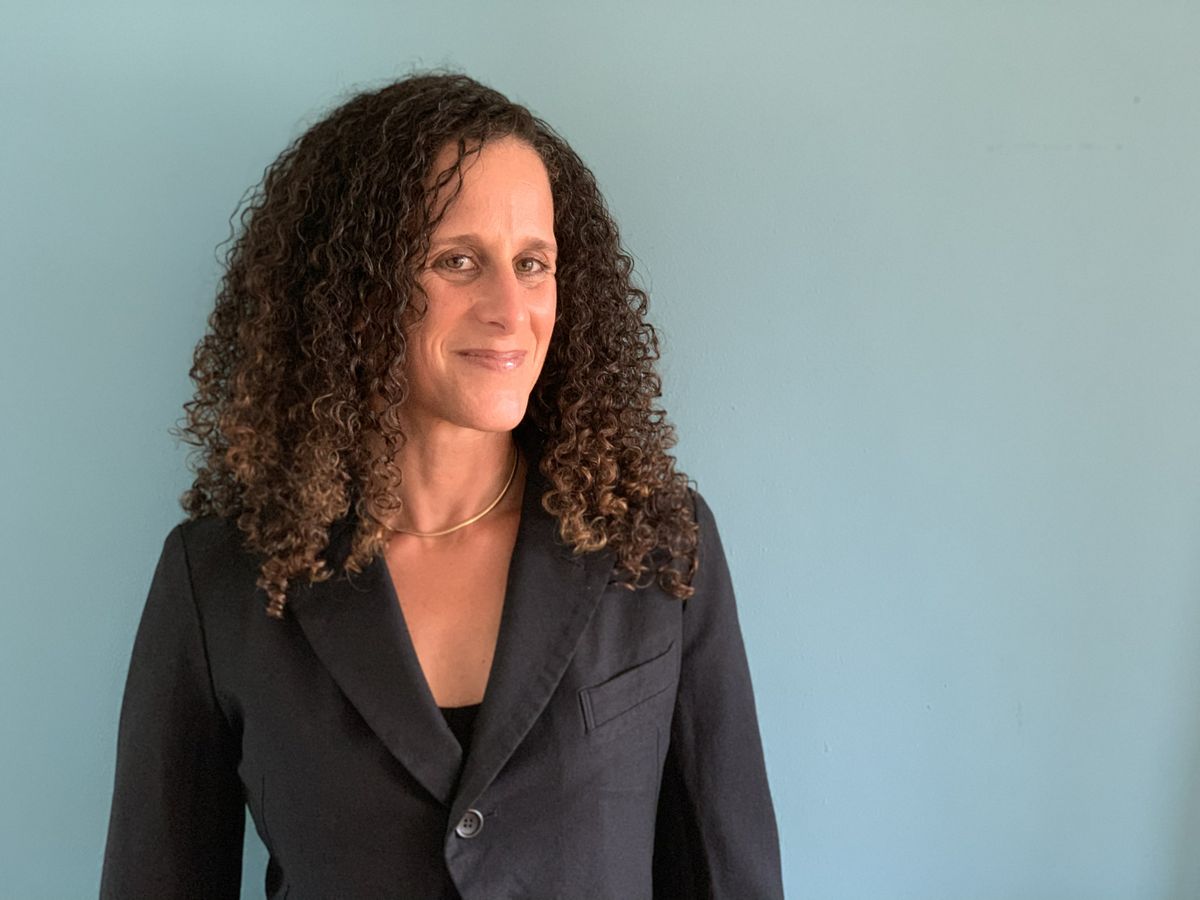 Prominent historian Sarah Abrevaya Stein has been named the inaugural holder of the Viterbi Family Endowed Chair in Mediterranean Jewish Studies in the UCLA College divisions of humanities and social sciences.

Stein, who directs the UCLA Alan D. Leve Center for Jewish Studies and is a history professor, has received prestigious accolades for her scholarship, writing and teaching, including two National Jewish Book Awards, the Sami Rohr Prize for Jewish Literature, a Guggenheim Fellowship and the UCLA Distinguished Teaching Award. She previously held the Maurice Amado Endowed Chair in Sephardic Studies at UCLA for 12 years.

Stein’s 2019 book, “Family Papers: A Sephardic Journey Through the Twentieth Century,” was named to the Economist’s “Best of 2019” list, was a National Jewish Book Award finalist and received glowing reviews in the New York Times, the Wall Street Journal and the Los Angeles Review of Books, among other outlets.

“Professor Stein is a leading scholar in her field and a gifted educator,” said Darnell Hunt, dean of the division of social sciences. “Faculty chairs like the Viterbi Family Endowed Chair are an important way we can recognize high-caliber UCLA faculty members while supporting relevant, high-impact research.”

Stein hopes to use the funds accompanying the Viterbi Chair to expand her research, develop new courses, and support graduate and undergraduate students in her field, which takes in the broad geographic and cultural sweep of the modern Jewish Mediterranean — including southern and southeastern Europe, the eastern Mediterranean, and North Africa — and of émigré Mediterranean Jewish communities across the world.

“I am honored to be the first holder of the Viterbi Family Endowed Chair in Mediterranean Jewish Studies and to see UCLA — in tandem with the Viterbi family — support the deepening and expansion of scholarship in this dynamic field,” Stein said. “Mediterranean Jewish histories and cultures are an often overlooked but magnetic component of modern Jewish history, as well as of modern regional, national, imperial, global and diasporic histories.”

Thanks to the Viterbi family’s longstanding philanthropic support, UCLA has become an established leader in Mediterranean Jewish studies. Andrew J. Viterbi is the co-founder of Qualcomm and a former UCLA engineering professor. He and his wife, Erna Finci Viterbi, funded a pilot program in Italian Jewish studies in 2004 and created the Viterbi Family Endowment in Mediterranean Jewish Studies in 2008, which at that time was the first endowed program of its kind in North America.

The Viterbi family’s most recent gift, of $1 million in 2019, included the creation of the Viterbi Family Endowed Chair, which complements the endowed programmatic fund in Mediterranean Jewish studies in the Leve Center and provides support for visiting scholars, public lectures, seminars and symposia.

“The Viterbi family’s generosity has been vital to UCLA’s growing strength and leadership in Mediterranean Jewish studies,” said David Schaberg, dean of the division of humanities. “This prestigious new endowed chair further embeds the field on our campus and underscores its growing importance and relevance in the world today.”

The Viterbi family’s support stems from their roots in the Mediterranean region. Andrew Viterbi was born in Bergamo, Italy, to Italian Jewish parents who emigrated to the U.S. in 1939. His late wife, Erna, was born in Sarajevo to a distinguished family of Sephardic intellectuals and rabbis who survived World War II and emigrated to the U.S. in 1950.

Viterbi said, “It is wonderful that this faculty chair has been awarded to such an impressive and engaging scholar as Sarah Abrevaya Stein. I look forward to witnessing her continued impact on an area of study that is very close to my family’s heart.”

Join UCLA College for the Virtual Celebration
Scroll to top